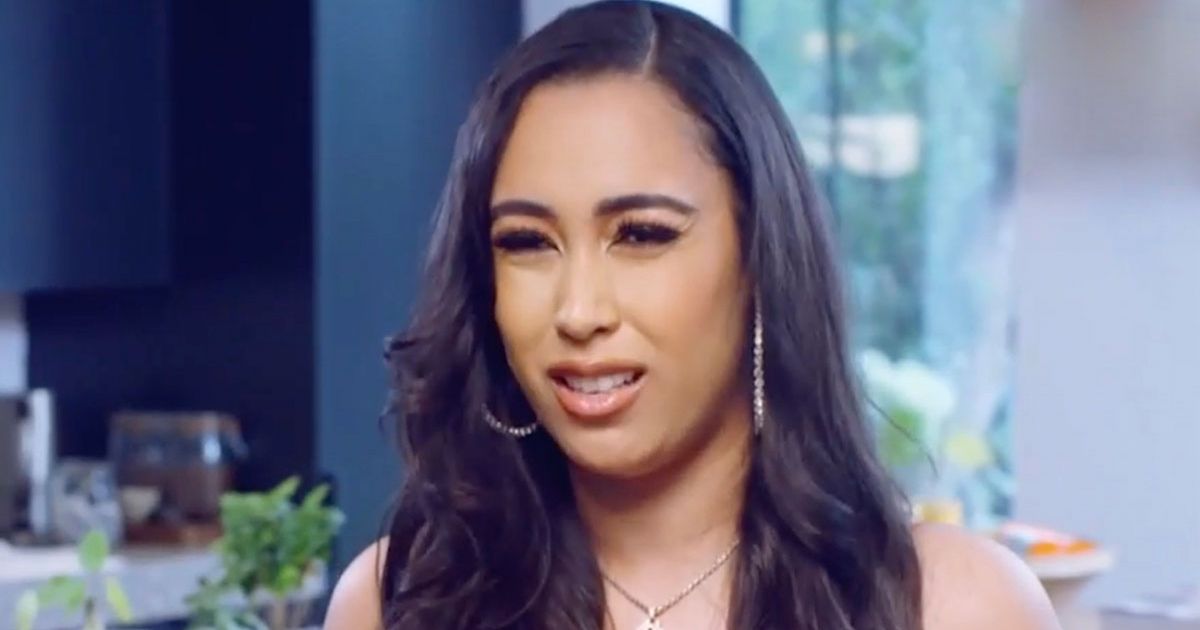 BBC Radio 1Xtra DJ Snoochie Shy didn’t hold back when she was discussing her fears in graphic detail as she prepared to take part in her first challenge, but left viewers horrified with her candid remarks

I’m A Celeb: Snoochie talks about poo minutes into the show

I’m A Celebrity… Get Me Out Of Here! viewers were left disturbed as Snoochie Shy spoke about vagina and poo just minutes into the ITV show.

The 29-year-old BBC Radio 1Xtra DJ candidly shared her fears in a sit-down interview before she was forced to get into a helicopter and take part in her first challenge.

Snoochie, real name Cheyenne Davide, said she was worried creepy crawlies would end up inside her private parts.

“I’m quite terrified of a lot of things to be honest… bit worried about bugs going up my vagina,” she confessed, leaving viewers horrified.

She then met up with three of her fellow celebs – Naughty Boy, Danny Miller and Louise Minchin – as they were flown to Alexandra Quarry in Snowdonia to take part in The Plank.

They were told the details of the challenge by hosts Ant McPartlin and Declan Donnelly, who revealed they were to be harnessed up and needed to walk out on a platform 230 feet above the ground in order to win.

But Snoochie confessed she could feel “poo coming out of her bum” as she geared up for the terrifying trial, prompting hosts Ant and Dec to burst into fits of laughter.

However, her shocking admission stunned viewers, who thought she’d taken it too far with her comments.

The DJ admitted she hated heights and was terrified
(

“Know them all so far then they bring up some random called Snoochie Shy who already is talking about her vagina,” one tweeted.

“This Snoochie Shy isn’t exactly a classy bird is she…!” another added, while one wrote: “Snoochie Shy has already out loud mentioned bugs in her vagina and poo coming out her bum … both within the first 30 mins of the programme.”

“Snoochie: I’m worried about bugs going up my vagina… So are the bugs,” one quipped.

“And now ‘DJ’ called scoochie or something… has mentioned her vagina within 5 seconds, and talked about her ‘poo’ about thirteen times… very uncouth and just seems a bit annoying,” another fumed.

She broke down after joking she needed the toilet
(

“I know for a fact we’re all voting for Snoochie to do all the challenges and that won’t be enough to punish her for her annoying personality,” one viewer joked.

Snoochie also admitted she is unlikely to volunteer to carry out the task of emptying the castle toilet, because the thought of “carrying the poo” makes her stomach turn.

“I think for me, changing the toilet situation – that could be a sticky one,” she complained.

“Just thinking about the thought process of carrying the poo… Obviously you don’t have to carry the poo with bare hands, but it’s just the smell,” Snoochie added.