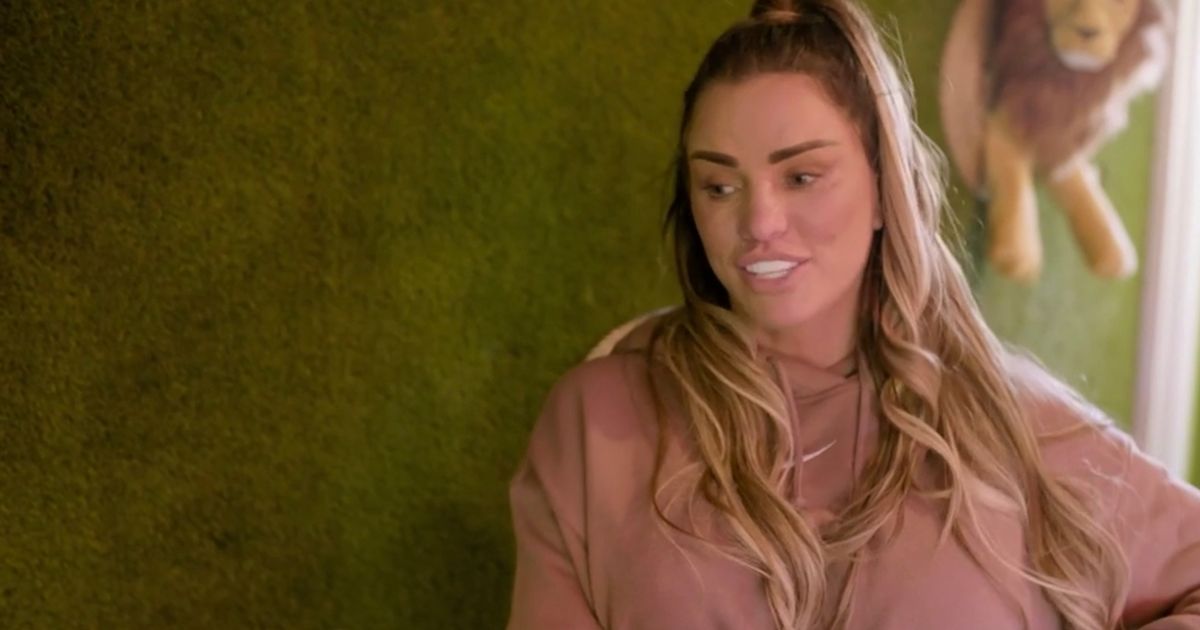 Viewers tuned in to the first episode of the Channel 4 show on Wednesday night to see the 43-year-old reality star renovate her family’s 19-room West Sussex home.

The first project was transforming her eight-year-old son Jett’s bedroom into a jungle paradise.

“Jett loves the outdoors. I want it to be like a den for him. Jett’s a very lucky boy. It’s going to look amazing. I love a garden centre, I must be getting old,” she said.

With a Jurassic Park vision in her mind, she got to work.

Katie headed to her local garden centre to gather supplies and decorate the bedroom walls with bright grassy wallpaper.

But fans got quite the shock when she sliced up her son’s stuffed animals with the intention of mounting them on his bedroom wall.

Many of them took to Twitter to comment on the interesting DIY, as one viewer wrote: “Everybody watching the teddies being slaughtered #MuckyMansion.”

Someone else added: “Cut up teddies and stuck on the walls? #MuckyMansion.”

But a third viewer loved the idea and was keen to try it out themselves, as they said: “The stuffed animal ideas for Jett’s bedroom are amazing. Stealing that idea.”

She mounted the teddies on the wall
(

Jett was delighted with his completed room and was keen to show it off to his older sister Princess, 14, who told Katie: “His room is actually amazing. It’s better than I thought.”

Reflecting on her hard work, Katie said: “So this is the first room of the house done. Everyone’s loving it. I love how Jett’s looking at all the stuff I’ve made.

“All that hard work, it’s been a success. One child done, one child happy, four more to go… oh and I’ve got my bedroom too.”

Many other viewers praised the star’s hard work as one person said: “Really enjoyed the show and Jetts room looked great and more importantly he loved it! Can’t wait to see the rest of the transformations.”

Another commented: “Despite what people may think about @KatiePrice it’s clear how much she loves her kids and how important sorting out her home is.”

A third wrote: “Watching Katie Price’s Mucky Mansion and she’s going all lengths to give Jett the most amazing room and it’s so cute!”