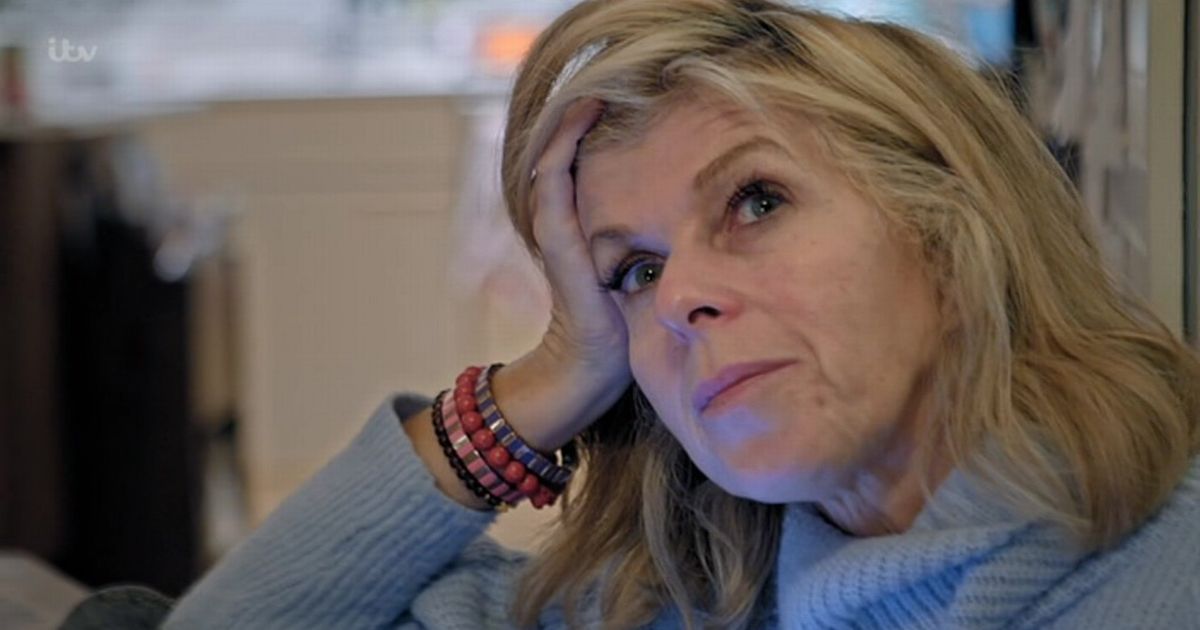 Kate Garraway still “hopes for a happy ending” for her and her Covid-stricken husband Derek Draper, amid his ongoing recovery.

The Good Morning Britain presenter’s new documentary Caring For Derek aired on Tuesday night, and documented the moment Derek returned home after over a year in hospital – with him in a coma for 10 weeks.

Derek, 54, contracted the coronavirus in March 2020, and he was put into an induced coma by doctors.

He has battled severe long-term effects and a series of health problems since his diagnosis, including multiple organ failure and clots on his lung, and continues to recover almost two years on.

Derek requires around-the-clock care, and continues to have issues with mobility and communication, while the family have seen improvements that have given them hope.

Kate’s husband is still experiencing issues with communicating now, Kate recently revealed, while the scenes featured in the documentary were filmed last November.

At this time, Kate revealed she had noticed a setback with his recovery in terms of talking, believing he previously communicated a lot more.

Kate was in tears as she admitted she still hoped for “a happy ending” for her and Derek, as she described the “terrible loneliness” she experiences while caring for him.

The GMB host explained that Derek seemed to express feelings more a year earlier, but seemed to have “gone backwards” as time had gone on.

Speaking during the documentary, she explained: “It feels like in terms of communication, he’s gone way back from this time last year.

“I mean he could express fears, or worries, or all sorts of things this time last year, whereas now it’s yes or no, ‘don’t know’ again.

“People have been really kind and say I’m an inspiration, but I’m really struggling. I think it’s important for people to know that because I’m sure they are struggling in their life too, in whatever way things have been flung at them.”

Kate went on: “I think one of the worst things is the terrible loneliness that you get from having him here, but he’s not there.

“It’s really indescribable actually, It’s just so hard because I can sort of see him but he’s absent and you just feel very much on your own all the time.”

She added: “I still hope we’ll have a happy ending, but ultimately it just feels unsustainable.”

During the documentary, one moment in particular left viewers “sobbing” as Kate and Derek’s daughter Darcey wrote her father a moving birthday message.

Derek was able to read out the message his daughter had written for him in a card, before he broke down in tears.

Darcey’s card read: “To the greatest father in the world. Happy Birthday, love you so much, I am so proud of you.”

As he reached the end of the message, he burst into tears leading to his daughter comforting him before Billy also hugged his emotional father.

Derek was able to read out the message his daughter had written for him in a card, before he broke down in tears
(

Viewers were in tears over the moment, and praised the love between the father and his children, as well as wife Kate.

One viewer tweeted: “What love and devotion, the reading of the card was it for me. Pure sobs from the soul for them all.”

Another said: “Getting emotional already. His reaction at that birthday card. So tough for him and the whole family. Utmost respect for Kate.”

A third viewer commented: “Incredibly moved watching #CaringForDerek. The bit where he breaks down reading the Birthday card from his daughter for “the greatest dad” has broken me.”

Kate Garraway: Caring For Derek is available on ITV Hub.