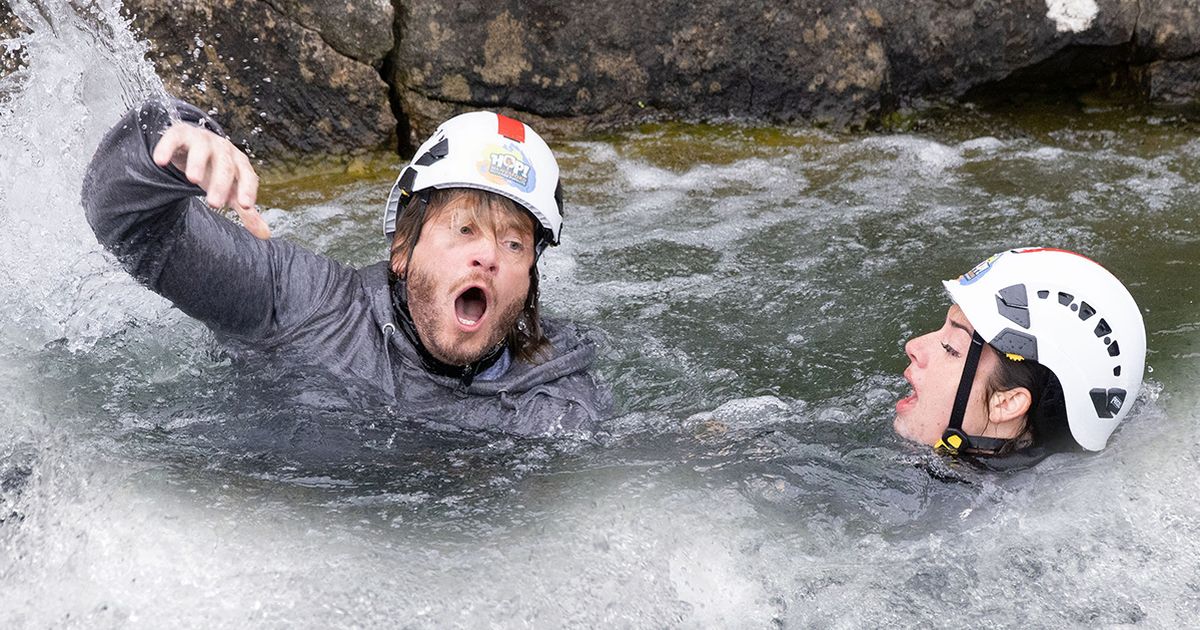 Matthew Wolfenden and Isabel Hodgins returned to Emmerdale recently following an alleged ‘race row’ – but in scenes airing on last night’s episode of the ITV soap, their characters shared their plan to leave again, with fans puzzled by their decision

Emmerdale’s Matthew Wolfenden and Isabel Hodgins look set to leave the soap again – despite recently returning after a ‘race row’.

The duo – who play David and Victoria on the ITV soap – have only recently returned to filming following an alleged race row on the show, where reports claimed the pair had mimicked an actress’ accent.

Later, Matthew was in a furious clash with one of his fellow stars, thought to be Aaron Anthony, over what happened, and Matthew and Isabel stopped filming for a while whilst it was being investigated.

The pair have since returned to set to film new scenes – but it looks like their characters are off again.

David (Matthew Wolfenden) only recently returned to the ITV soap

During a chat with one another on the ITV soap, David and Victoria admitted they were keen to head away to London following the drama surrounding evil serial killer Meena Jutla, who was finally charged for her crimes yesterday.

Victoria – who was targeted by Meena – told David she was struggling with being in the same village until Meena was properly behind bars, as she asked if the pair could head to London until that was the case.

However, fans of the ITV show were left puzzled – as they had only just returned from a ‘trip’ away.

“Really feels like they brought back David & Victoria as a token gesture after the row. Have hardly mixed with any other actors and now they’re off on a non-sensical trip again #emmerdale,” one fan wrote online.

A second added: “Victoria and David have left again??? #emmerdale more behind the scenes drama?” as a third wrote: “David and Victoria going away again? They have only just come back #Emmerdale.”

Another viewer shared: “David and Victoria going away again they’ve only just come back # Emmerdale.”

Meena returned to the ITV soap for a special week of drama, as she came to kill her ex-lover Billy Fletcher and his new wife Dawn Taylor at their romantic Valentine’s Day wedding.

However, at the time, fans of the show were convinced it was meant to be David and Victoria who were getting married on Valentine’s Day but they had to switch things up after the filming suspension.

“This Dawn, Billy and Meena saga sure feels like a rewrite because it would actually have made sense for it to have been David and Vic considering Meena was with Billy for a total of 5 minutes,” one fan suggested last week.