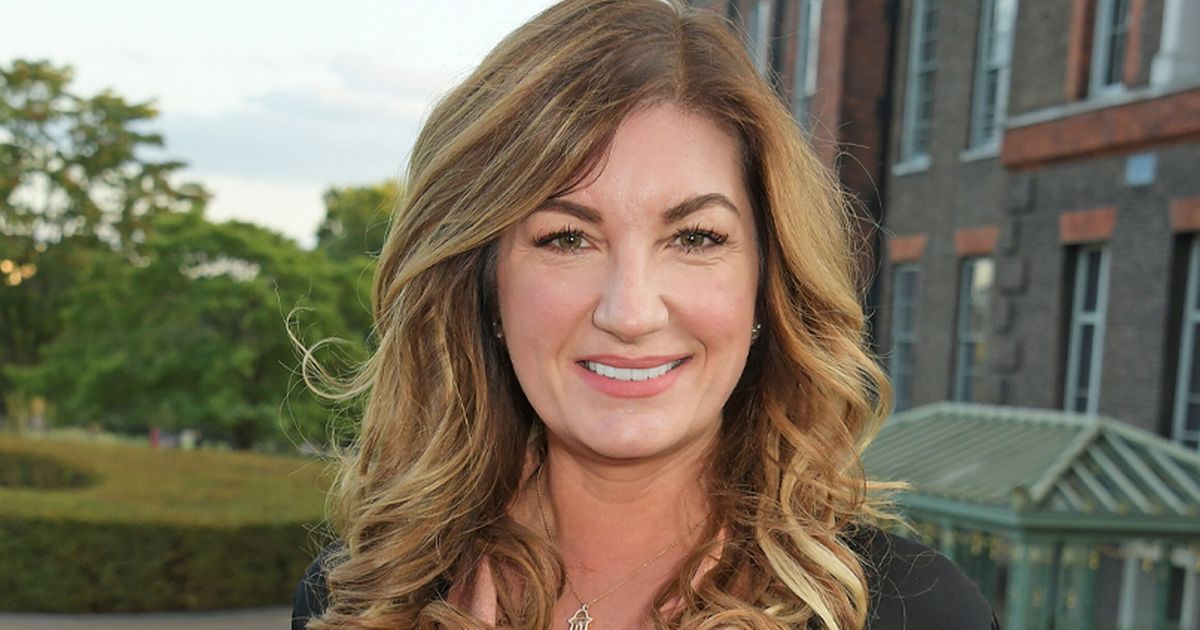 Baroness Karren Brady is a very busy woman, so we’re thrilled when she takes half an hour out of her day to chat to us about the new series of The Apprentice.

And after nearly 12 years as an assistant to Lord Alan Sugar on the show, her commitment to it is still strong. But it’s clear Karren, 52, missed the presence of close friend and fellow aide Claude Littner this series. He couldn’t take part due to a serious cycling accident in April, which almost resulted in him losing a leg.

That said, Karren gushes about new recruit Tim Campbell, who won the first show back in 2005, describing him as “wonderful.”

Alongside her role as a businesswoman and vice-chair of West Ham United FC, Karren is firmly focused on her family. It’s obvious her husband of 26 years, former footballer Paul Peschisolido, and their two children, Sophia, 25, and Paolo, 23, mean everything to her. She says they are very close and laugh a lot together, even if their family tradition of having a “dry January” leads to “a pretty miserable month.”

Here, Karren opens up about holidays on Lord Sugar’s yacht and why she’ll leave the show when he does…

Hi, Karren. What was it like filming without Claude?

We were so desperately disappointed that he wasn’t there, but we were much more concerned about how he was. He had this terrible cycling accident, which has seen him have a number of operations. The good news is that Claude is on the mend. He’s had a difficult time, but he’s almost back to his best. But it was impossible for him – as much as he would’ve loved it – to take part in the series. So Alan turned to Tim.

What does Tim bring to the show?

A completely new perspective. As Tim says, he’s been there, done that and got the T-shirt. He sees everything from the eyes of the contestants – he knows who’s hiding, he knows who’s putting themselves forward, he knows who can’t get their point across and how the dynamics work. He brings a real insight to that, so it was great having him. He’s such a wonderful man to work with. But, of course, we missed Claude!

You, Lord Sugar and Claude are very close, aren’t you?

Yes, we’re very close. We spend a lot of time together. We’ve been on holiday together, we talk a lot, and we’re close family friends with our partners and children. We love working together, we respect each other, we have each other’s backs and we understand the demands of the show. It’s a very demanding show, The Apprentice. It’s very long hours, lots of travelling and you have to be on top of everything at all times. So we rely on each other to help one another through it, and that respect we have for one another and that friendship is genuine. It makes filming the show so much more pleasurable.

We kept him informed with everything in a WhatsApp group and made sure he saw little pictures and things and knew about it. So he kind of felt like he was there, but not there.

Do you think he’ll rejoin you guys next year?

I very much hope so.

Alan has the most beautiful yacht imaginable. He invites both Claude and I to join him over the summer – obviously not during the Covid pandemic – and we’ve had some lovely memorable times and lots of fun.

That sounds like a good friendship group to be in…

What can people expect from the contestants this year?

There are 16 of them and they are all hugely ambitious and all from various different age groups and experiences and stages of their lives. Some of them have an idea for a business they want to set up, some of them have an established business that they want investment in. But they all have one thing in common – they all want to win. This year probably more than ever.

Karren has described the latest batch of contestants as ‘hugely ambitious’
(

You’ve been on the show a long time. Do you have any plans to hang up your Apprentice hat?

I’ll do it as long as Alan is doing it. And when he decides he’s had enough, I’ll decide I’ve had enough. But while he’s on it, I’m going to be on it with him.

Dragons’ Den star Sara Davies recently appeared on Strictly Come Dancing – would you ever be tempted to go on that show?

I’ll never, ever say yes. Firstly, I can’t dance and, secondly, I don’t have the time. I do have a proper job running West Ham and there’s only so much time I can take off. I do The Apprentice because it’s filmed in a short period of time very intensely and it’s something I love doing, but I don’t have time in my life to be dancing around under a glitterball.

If you know you’re not a great dancer, it’s fair enough!

I’d rather eat my own eyeballs than do it, so the answer’s no. Maybe if there was one for Comic Relief where I could dance with Alan, that could work. It would be funny. I have no rhythm at all. And no amount of training would improve me.

Karren, pictured with her daughter, said she has a ‘very close’ family
(

You have two grown-up children, Sophia and Paolo. Do you see them much now they’ve left home?

We go to Soho Farmhouse for long weekends often as a family, at least once every six weeks. We get a three-bedroom cabin and have such a laugh. That’s the kind of thing that memories are made of. When you look back on your life, I think for all of us, our time at Soho Farmhouse will be one of the highlights. You can book a cocktail float, which comes to your cabin, and staff will make any cocktails you want. You book it for an hour and drink copious amounts of cocktails!

I speak to my kids at least twice a day. My daughter WhatsApps me about eight times a day, so we’re a very close family.

The Apprentice’s Akeem could ‘talk himself’ to the final, says body language expert