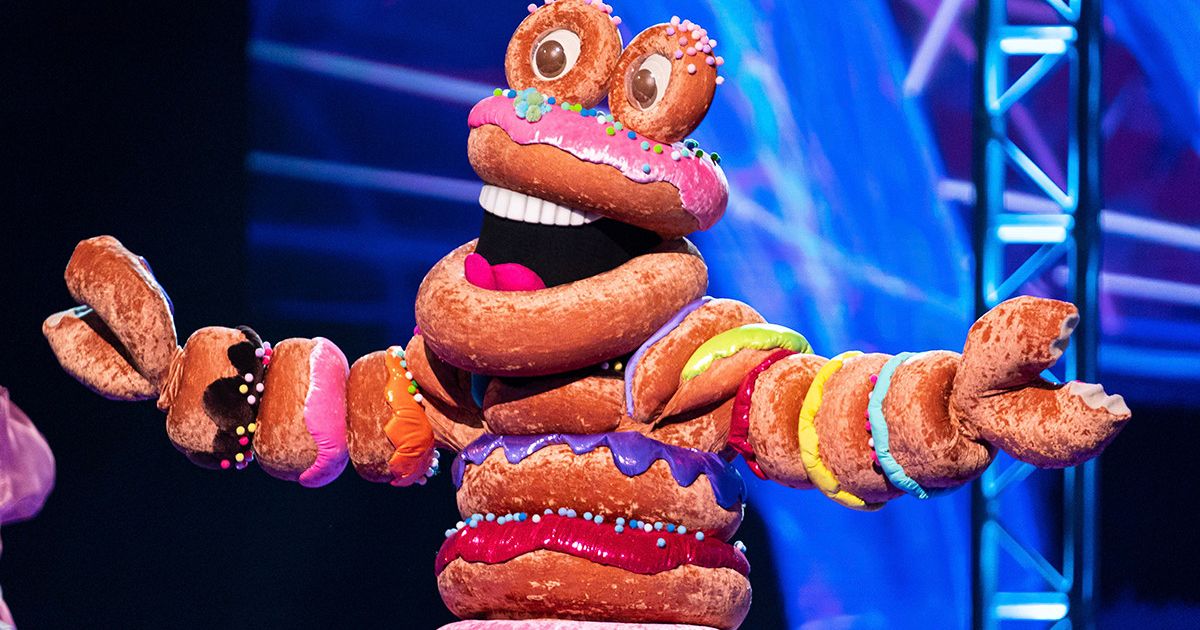 The Masked Singer viewers have come up with a new theory about the identity of Doughnuts, with many thinking that a famous This Morning chef could be the man behind the voice

The Masked Singer UK has made a dramatic return to our screens, and viewers are eagerly attempting to work out the identities of the disguised singers.

Doughnuts performed the Spice Girls’ anthem ‘Spice Up Your Life’, and fans were quick to pounce with their theories about his identity, with many people guessing the person behind the costume could be ITVThis Morning Chef James Martin.

Taking to Twitter, one fan said: “Doughnuts could be James Martin! He sounds Northern #TheMaskedSinger.”

“#TheMaskedSinger donut is James Martin the chef shown in the clues,” another chimed in.

A third joked: “Doughnuts is a sleep paralysis demon #TheMaskedSinger’

Fans think they’ve worked out who Doughnuts is
(

But the famous TV chef isn’t the only person fans suspect could be behind the sweet-toothed disguise.

Some speculate that the secret singer could be former Premier League player Michael Owen, with subtle hints being dropped that could allude to the footballer’s identity.

Observant fans spotted the numerous references to the character’s speed on the show, and as Owen was known for being particularly quick on the pitch, viewers believe this could be a hint.

Claims that the 42-year-old football player is behind the disguise flooded Twitter, with one person claiming: “I’ve never been more sure of anything than Donuts being Michael Owen. #MaskedSingerUK.”

Some people speculate that Doughnuts is former footballer Michael Owen
(

Doughnuts was saved this week, meaning we won’t find out who’s behind the mask just yet.

Fans have also been puzzling over the identity of remaining characters, with Robobunny becoming a particular source of attention.

Viewers at home seem certain that Westlife’s Mark Feehily is behind the costume and the fabulous voice.

“That’s him from west life #TheMaskedSinger,” one fan suggested

“Robo bunny is definitely Mark Feehily from Westlife right? It sounds just like him! #TheMaskedSinger” chimed in another viewer.

So far, Chandelier, Snow Leopard and Lionfish have been unmasked.

Lionfish was revealed to be Will Young

Chandelier was the first to go, revealing singer Heather Small as the true identity behind the costume.

Snow Leopard was Gloria Hunniford’s disguise, and at 81 she was the show’s oldest contestant.

Finally, Leave Right Now singer Will Young was revealed to be the Lionfish.

Last year singer Joss Stone kept the judges guessing all the way through the competition before taking home the crown.

American singer Ne-Yo was revealed in the semi-final, having been disguised as Badger, along with Robin who turned out to be JLS singer Aston Merrygold.

Meanwhile, the first ever UK version of The Masked Singer saw Nicola Roberts as Queen Bee win the show.