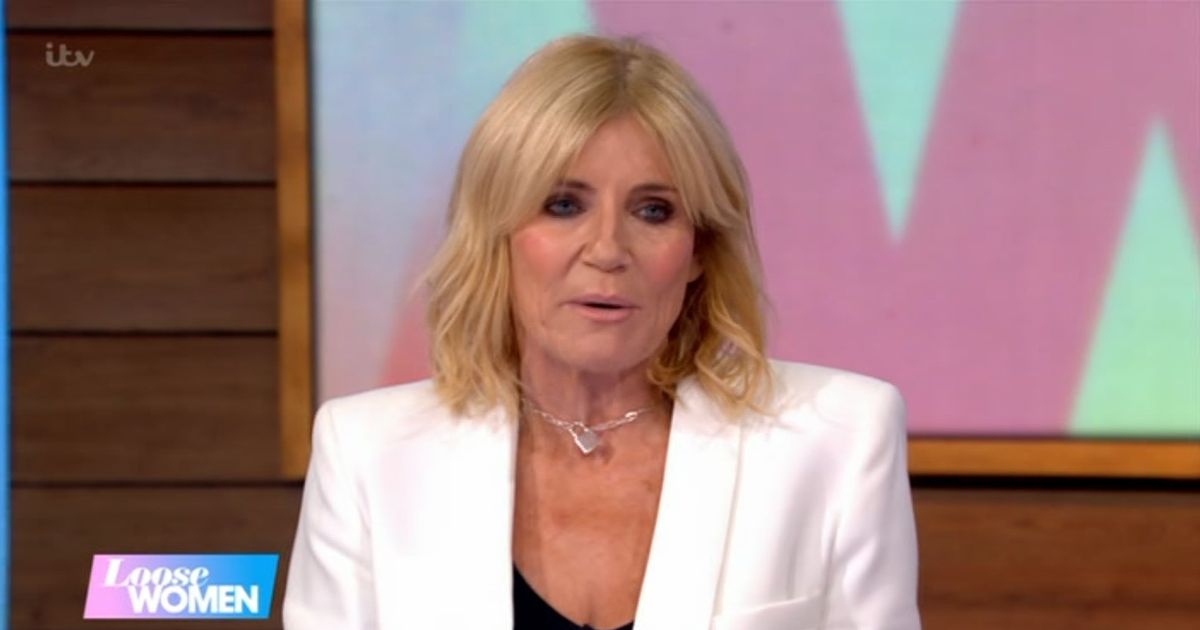 June Brown – who played the iconic Dot Cotton in EastEnders – died at the beginning of April. Michelle Collins recalled a few of her healthy habits during her appearance on Loose Women

Michelle Collins talks about June Brown being into fitness

June died at the beginning of April at the age of 95, at home in Surrey surrounded by her family.

Michelle appeared on Loose Women on Friday afternoon and discussed her wonderful times with the iconic soap star – who captivated fans with her role as Dot Cotton.

“I think we just all thought she would live forever,” panellist Nadia Sawala said of the actress.

Michelle, who played Cindy Beale in the BBC soap, joked that ‘she did almost’ live forever as she discussed June’s amazing health.

“She was actually very healthy,” Michelle explained. “She ate very healthily. I know she smoked and loved her red wine. She was very healthy.

Michelle made an appearance on Loose Women on Friday
(

“She had a whole box of vitamins. I saw her once doing her pelvic floor [exercises] on the trolley in the BBC canteen. And she was the one to introduce me to the hay diet where you don’t mix your proteins or your starches.

Michelle added: “She was a very fit woman hence why she lived for so long.”

A few years before her death, June opened up about her secret to living a long, happy life.

She said it was down to ‘doing what you damn well please’.

She once witnessed June doing pelvic floor exercises in the canteen
(

In 2019 The Guardian reported that June said: “I’m going to die of something fairly soon, so why not enjoy myself.”

The paper also revealed that she didn’t shy from eating sweets or drinking wine, saying: “[I] love red wine and also dark chocolate, even though I’m allergic to it and it makes me sneeze.

“And the Guinness helps me keep a bit of weight on. So I don’t need to be careful about what I eat or drink.”

It was also reported that she spoke about her 20-a-day smoking habit when she said: “What’s the point of counting how many cigarettes I smoke a day?

In February 2020 June departed from Albert Square and quit EastEnders.

Her departure came about because she didn’t like her storylines and couldn’t read her script properly due to eyesight issues.