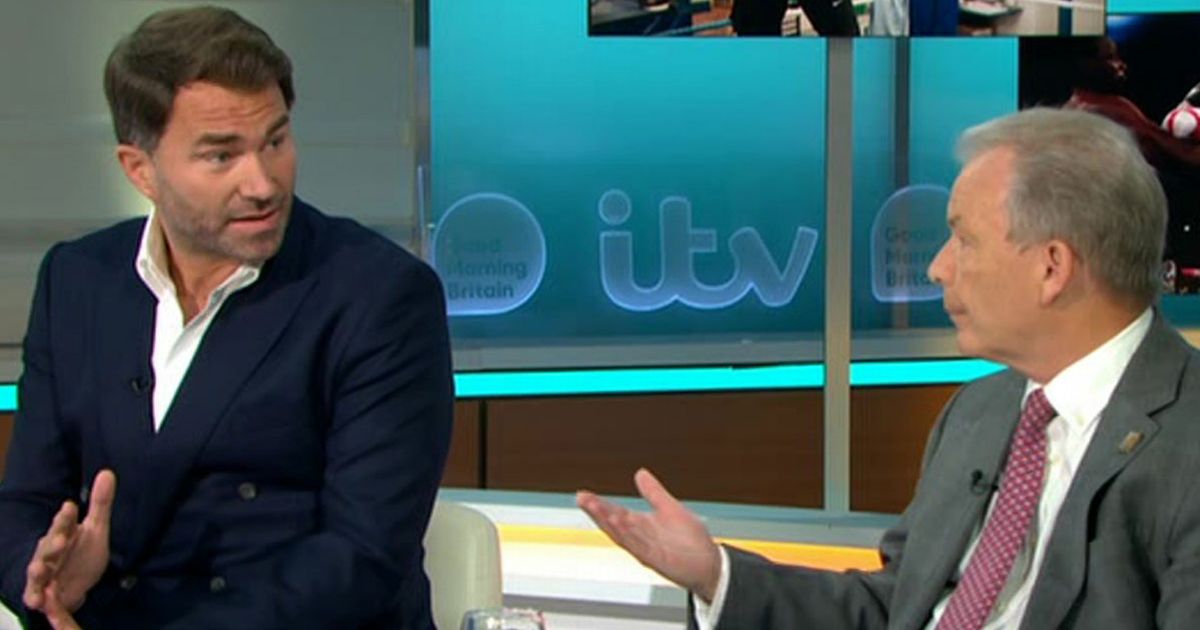 Boxing promoter Eddie Hearn became involved in a furious clash with a head injury campaigner on Good Morning Britain as they debated how healthy the sport was for children.

Joining hosts Kate Garraway and Ben Shephard on GMB, Eddie was unsurprisingly voicing the positives of boxing and how it helped youngsters channel their aggression in a healthier way.

But things became very heated when Headway campaigner Peter McCabe explained the dangers of the sport and the potential for head injuries.

As Eddie began to interrupt, Peter fumed that he was talking over him.

“It irritates me that this notion that the only way for working-class boys to get on is to take up boxing,” Peter said.

“And as somebody who grew up on a council estate in one of the most deprived areas of the country, there are so many sports that teach discipline and encourage kids to train and work and have ambition.

He added: “The ultimate way to win a boxing contest is to render your opponent senseless…”

The pair clashed as Eddie declared that he would interrupt Peter

“That is so naive,” Eddie interjected, prompting Peter to fume: “I didn’t interrupt you.”

Eddie hit back: “Well, I will interrupt you. You’re not as educated as a boxer, as a fighter to go in and render your opponent anything.”

The pair continued to clash, with Peter raging again: “You’re interrupting me again.”

Host Ben quipped: “This is the best ding dong we’ve had on the show and there’s not even a ring.”