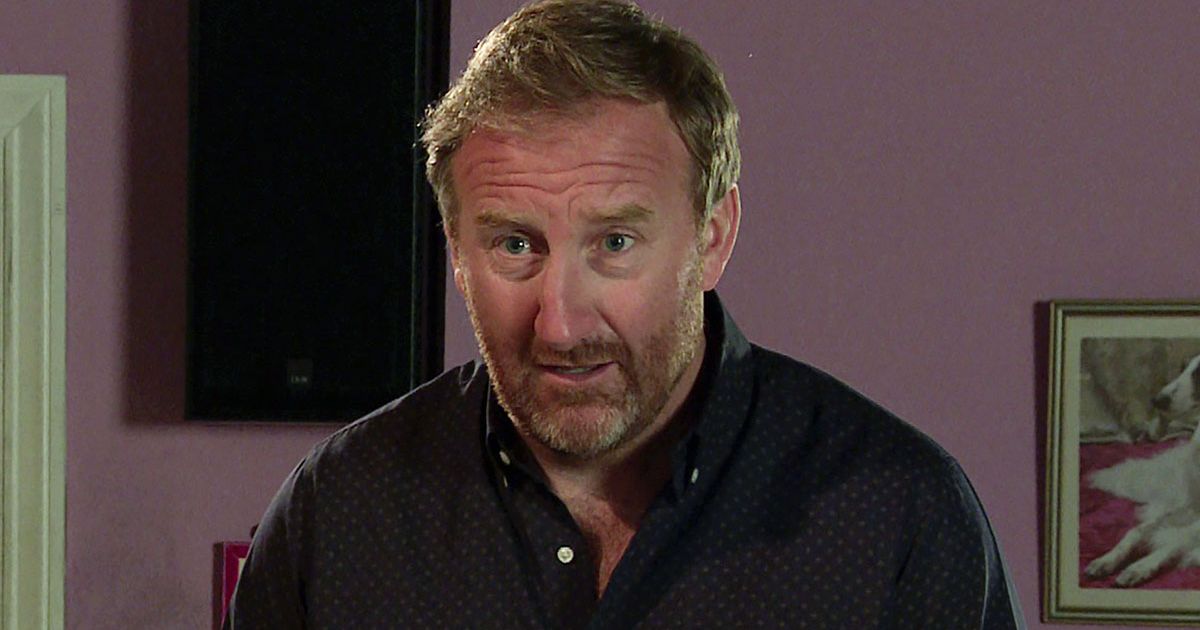 Coronation Street viewers saw Phill Whittaker acting strangely on Friday night, ahead of his secret being exposed next week on the ITV soap

Coronation Street fans think they have worked out what Phill Whittaker is keeping from his partner Fiz Brown – and it could all be linked to John Stape.

Next week, Fiz will be left devasted when she learns what her new partner has been hiding, following their move into their new home.

Viewers have speculated for months that he is up to something, and might even have a link to Fiz’s serial killer ex John Stape.

On Friday, viewers witnessed the character acting strangely and lying about his whereabouts.

He had claimed that he was in Leeds for the day, only for love rival Tyrone Dobbs to spot him in Victoria Gardens.

Not only that, but he was meeting a mystery man in the area and Phill was shown handing him a mystery large envelope.

As the men shook hands, the mystery guy then shoved the envelope under his jacket before heading off, looking suspiciously.

Tyrone was out on the cobbles with his daughters Ruby and Hope when he spotted Phill with the man, knowing he was meant to be elsewhere.

Later in the episode, he tried to see if he could catch Phill in the act as he and Fiz headed to Tyrone’s house.

He asked him about the traffic on the way back from Leeds, to which he said there were no issues.

Tyrone called his bluff, asking him about a pile-up which left him uncomfortable and Phill soon left.

Later in the episode, he tried to see if he could catch Phill in the act

But it wasn’t just Tyrone who was suspicious, and viewers soon took to Twitter to predict what Phill was up to – with guesses including links to John Stape, as others believed he was after Tyrone’s house.

One viewer commented: “Ohhhh – is Phill putting pressure on Fizz to sell her place cheaply & he’ll buy it though some dodgy guy..?”

Another said: “I think Phil is related to John Stapes,” and a third agreed: “I think it’s something to do with John Stape, hope catches him texting next week.”

Emmerdale spoilers for next week: Suzy rumbled, Noah court twist and a proposal