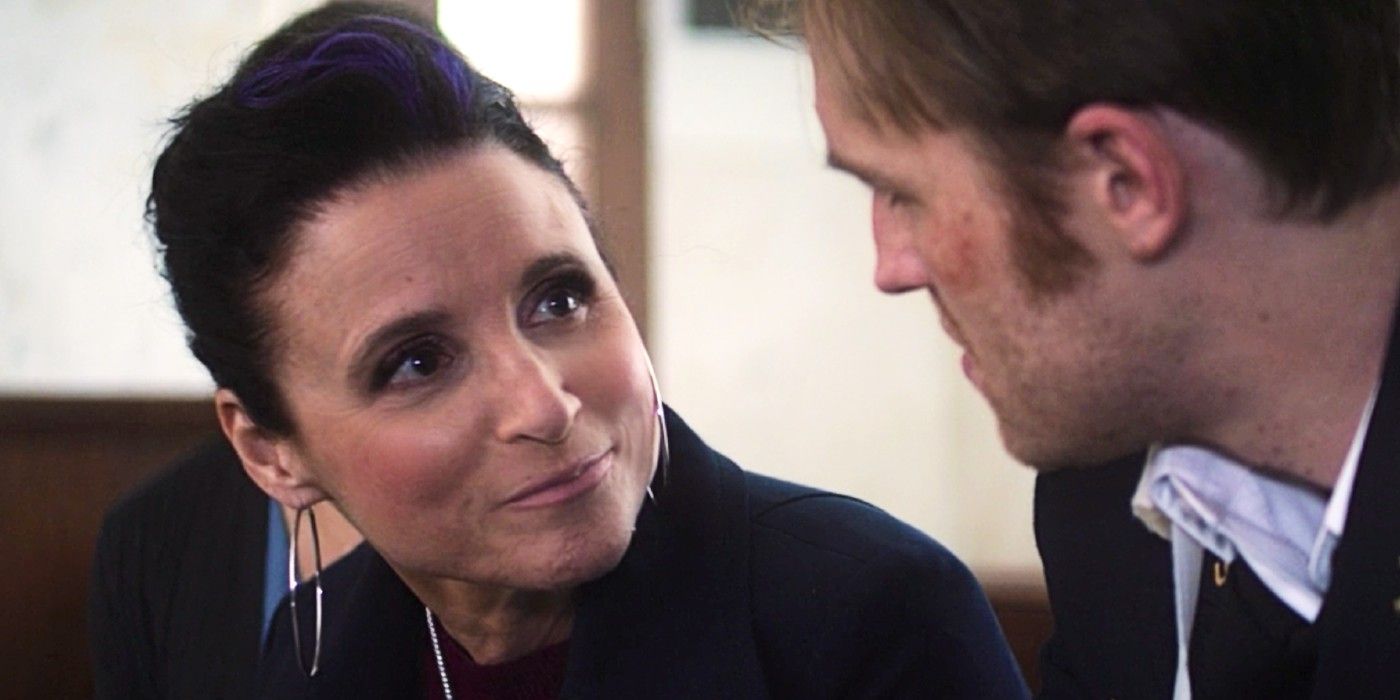 Julia Louis-Dreyfus celebrated her Falcon & Winter Soldier cameo with a fun new image. The Emmy-award-winning actress has been in the comedy scene for a long time, starring in household TV shows such as Seinfeld, Veep, and Saturday Night Live. However, it appears as though the decorated actress is stepping into an entirely different kind of role, as she officially joined the MCU in the most recent episode of Falcon & Winter Soldier.

In episode 5, “Truth,” complicated series antagonist John Walker (Wyatt Russell), also known as ‘New Captain America,’ is seen at rock-bottom following the government’s decision to strip him of all titles. In the episode prior, “The Whole World Is Watching,” Walker used Cap’s shield to kill a Flag-Smasher, a follower of antagonist Karli Morgenthau. In the lobby of a government building, Walker and his wife are interrupted by the sound of heels clicking on the tile as Louis-Dreyfus’ character comes into focus. As one can expect, the dramatic reveal was complete with a comically timed one-liner; She introduced herself by saying, “Well, these boots are not made for walkin’. Valentina Allegra De Fontaine.”

The cameo was successfully kept a secret for a long time, considering filming started on Falcon & Winter Soldier at the end of 2019. Julia Louis-Dreyfus took to Twitter to share her excitement and relief about her character’s reveal. Ecstatically holding up a small card with Valentina Allegra De Fontaine‘s name on it, she writes, “Yup.” See the tweet below:

Following the massive excitement from her cameo, from both fans and the stars of the show, comes theories about where De Fontaine will fall into the MCU in the near future. Her appearance in the scene was brief; after introducing herself to the Walkers, she jumps right to the point, saying that she believes Walker did the right thing by killing the Flag-Smasher and that she knows Walker took the super-soldier serum. Before either Walker could get a word in, she announces she will be in touch and gives him a blank card. Immediately, Marvel comic fanatics identified De Fontaine as a potential MCU version of Madame Hydra, nemesis of Captain America. However, given how vague her introduction was, it seems too early to know anything for sure.

However, one thing is clear after she walks away from John Walker: her words left a mark on him. Right before departing, she whispers to him that the shield doesn’t belong to the government. In the episode 5 post-credits scene, he is seen welding together his own shield to replace Cap’s, which now belongs to our titular hero Sam Wilson (Anthony Mackie), also known as The Falcon. It is unclear if De Fontaine pops in again during the Falcon & Winter Soldier series finale, but expect it to be an action-packed conclusion either way.