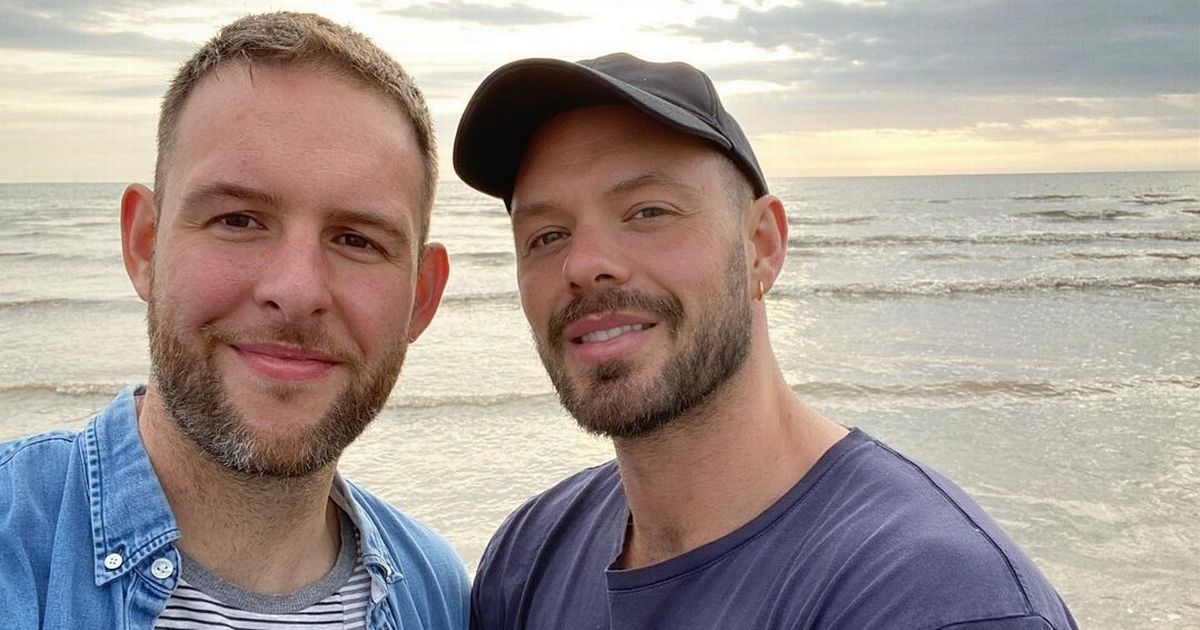 Strictly star John Whaite and boyfriend Paul Atkins discussed the ‘Strictly curse’ before John became one half of the show’s first all male couple, and they put “rules” in place

For any loved-up Strictly Come Dancing contestant, it’s hard to imagine they haven’t thought about the show’s alleged ‘curse’.

And this goes for Great British Bake Off winner John Whaite, who is one half of the show’s first ever male couple with pro dancer Johannes Radebe.

Some fans of the show noticed their sizzling chemistry and wondered if it went beyond the dance floor – but John is loved up with his graphic designer boyfriend Paul Atkins.

The pair have been together for 12 years after meeting on Facebook back in 2008.

And the ‘curse’ rumours don’t bother them at all – in fact Paul actually encouraged John to say yes to Strictly in the first place.

“It is intimate, isn’t it, between [Johannes] and me? We’re on the dance floor, we are literally crotch to crotch in some of our dances, and you know Paul hasn’t once questioned it,” John told Attitude.

John and Johannes have incredible chemistry on the dance floor

“Every relationship is unique and so he’s been amazing. I don’t think I would have been able to continue doing Strictly if it wasn’t for Paul.”

John and Johannes have such a deep connection, John almost forgot Paul existed during an interview on It Takes Two.

He was chatting to Janette Manrara about performing live on the dance floor every Saturday night, and said: “You get the anxiety at first, then within seconds that’s gone and before you know it you’re in front of the judges.

Realising what he’d said, John quickly corrected himself, adding: “Apart from when I’m with my boyfriend and stuff!

“But on the dance floor… I just feel if I could bottle it up and sell [the feeling] it’d be an amazing thing.”

John is completely loved up with long-term boyfriend Paul
(

When John was congratulated on his sexy moves by Heat magazine, he said: “That’s the thing I’m struggling with, just to unclench enough to let myself feel sexy.

“At the minute I feel like a bit of a clumsy plonker, but Johannes is really pushing me to just believe in myself a bit more and commit and own it.

“I’m struggling with owning it. I’m still having my eyes on the floor rather than up to camera. When I find out how to be sexy, I’ll let you know! I’ll write a book on it!”

John recently hit out at a troll who criticised the show, saying it “isn’t a Pride event”.

The mean-spirited comment was plastered in the comments section and read: “Yes we know your gay,” [sic] “Thought it was a dance contest not a pride event.”

John swiftly replied: “On the dance floor it’s all about the dancing.

“It’s only about the dancing. But this isn’t the dance floor. This is life. And this is a life where children grow up in shame.

“And until people like you stop asking questions like this we won’t take our eyes off the ball because we cannot. Because within recent history people were prosecuted for their sexuality.

“People are thrown off buildings because they love someone from the same sex.”

* Strictly Come Dancing continues on Saturday evening on BBC One