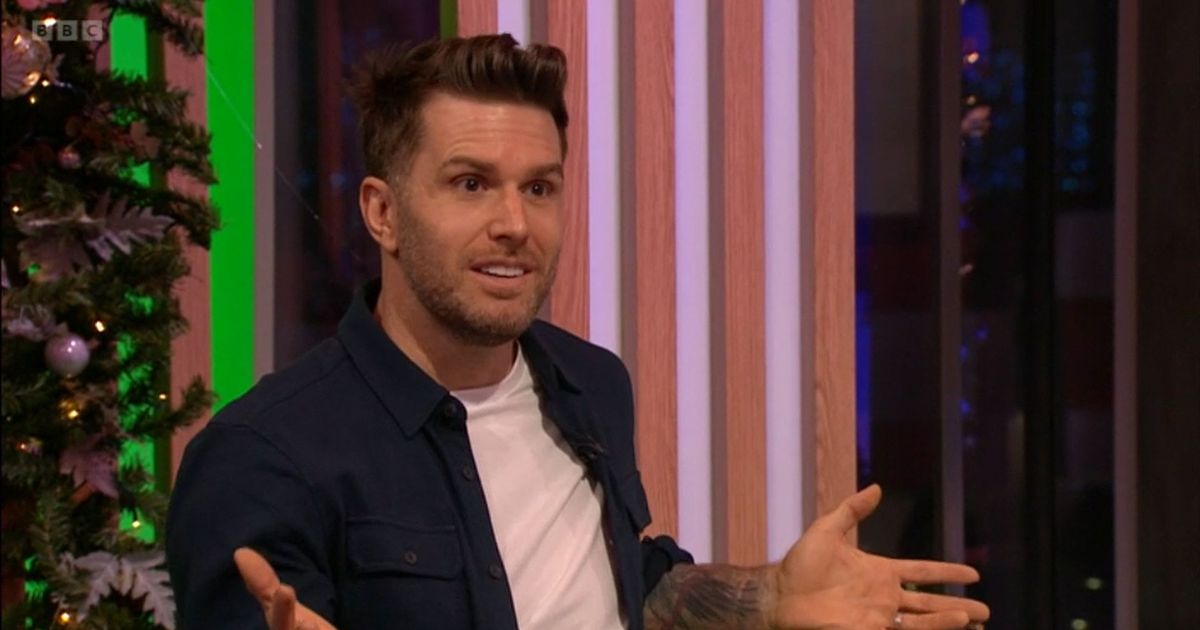 Joel Dommett talks behind the scenes on I’m A Celeb

Joel Dommett has reportedly broken his silence on the claim by Christine McGuinness that she felt bullied during an appearance on one of his comedy panel TV shows.

It comes after Real Housewives of Cheshire alum Christine alleged in her new memoir, A Beautiful Nightmare, that she ended up in tears after appearing on a TV show once.

The 33-year-old said she was left “upset” and “mortified” following comments made by someone on the show – with the remarks understood to have been during filming.

Christine made the comments in her memoir
(

Christine reportedly didn’t name the show, though it was later reported that it was Hey Tracey! – with the ITV2 show hosted by Joel alongside his virtual assistant Donna Preston.

The presenter of the show, which debuted in 2019, is said to have now broken his silence on the claims made by Christine.

According to the Sun, Joel responded to the allegations: “At the end of the day it is a comedy show. It was made in jest.”

The 36-year-old however reportedly said: “I don’t like anyone to feel like they went away from the show unhappy.”

Joel suggested that comments were ‘made in jest’
(

The presenter said Christine did ‘really well’ on the show
(

The comedian suggested that he wasn’t made aware of any concerns but said that he text Christine’s husband – Paddy McGuinness – after the show to say she did “really well.”

Joel – who will host the Masked Singer again when it returns on ITV in January – added: “I would never like anyone to feel like they are sad after a show of mine.”

Christine’s memoir, A Beautiful Nightmare, was released last month – with the autobiography touching on aspects of her life including her marriage, parenthood and her career.

And earlier this month, her and husband Paddy – whose three children have autism – released a documentary, Our Family and Autism, which has been praised by viewers.

A Beautiful Nightmare is available in digital and physical editions now. Paddy and Christine McGuinness: Our Family and Autism is available to watch through the BBCiPlayer.

Paddy and Christine McGuinness: How did they meet and why don’t they show kids’ faces?