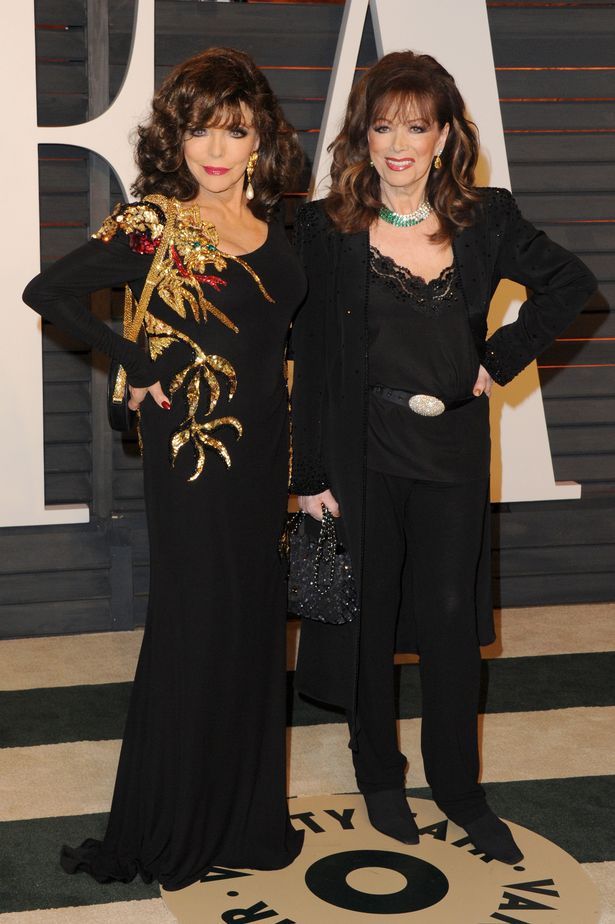 Dame Joan Collins ‘ interview on Piers Morgan’s Life Stories airs on Sunday night, and in it she opens up about her sister, legendary novelist Jackie Collins’ death from cancer in 2015.

Jackie died from breast cancer two weeks shy of her 78th birthday, having been diagnosed more than six year prior, but she kept her diagnosis a secret from almost everyone.

She only informed Joan, 88, two weeks before she died, but Joan explains she does not begrudge her sister for this, as she simply did not want any pity.

“I think in that respect she did the right thing because she did not want pity. It is a similar thing that daddy did with mummy when she had cancer,” explained Joan.

“But I think she did the wrong thing because I had been telling her for years that you have to go and have a mammogram, and she didn’t, and she had something and she didn’t do anything about it.

“I was a feminist before the word was heard and I shall do what I felt was right for me. It would have been wrong to have done that.

Questioned if she had a “tinge of regret” over the choice, Dame Joan replied: “No, not one.”