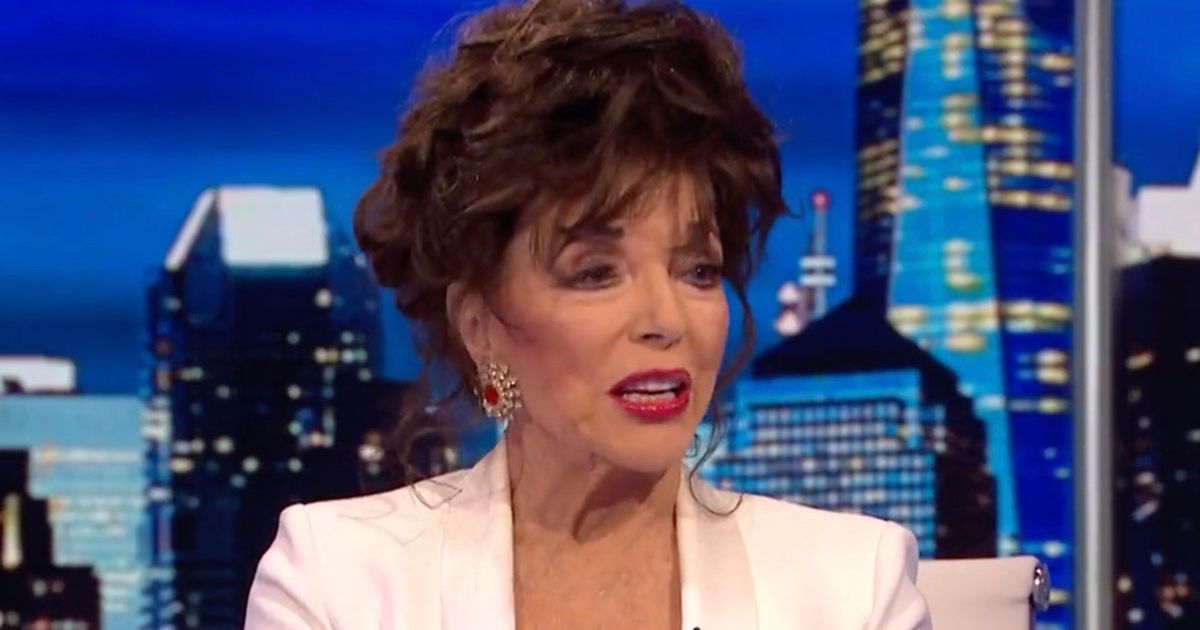 Dame Joan Collins quickly shut down Piers Morgan after he probed her about her “toy boy rules”.

The actress, 89, was appearing on the presenter’s TalkTV show when they started discussing dating rules.

The often outspoken host asked: “What about Madonna who is auditioning for a new boy toy?”

Finding his comment amusing, Joan chuckled: “You’re kidding! You’ve just made that up!”

Piers replied: “No she’s apparently auditioning. She wants them to be hard bodied.”

After asking what he meant, the actress quickly said: “Oh that’s right,” before recalling a story.

“We were with her son, Rocco, last summer and he said, ‘You know my mother says that she will not sleep with anybody over the age of 25!’

Piers then questioned whether that was indeed her rule, but Joan hit back: “I don’t have rules! Rules? I am very happily married, 20 years. You didn’t come to our anniversary party!”

The former Good Morning Britain man then apologised for his no-show, stating he was actually in Australia at the time before admitting Joan’s husband Percy was in the studio waiting for her.

“He’s lurking in the wings like a protective knight,” he said.

Joan then went on to talk about the part she is set to play in the Queen’s upcoming Jubilee celebrations.

“It’s very exciting because I’m such a monarchist and I’m such a royalist,” she added.

“I love The Queen so much. She’s a remarkable woman, isn’t she? She is the most inspirational woman I think that ever has lived in my lifetime.”

Joan continued: “She is so down to earth and gentle and humorous.

“She’s got through all of these dreadful things that have happened, and they really have been some awful things that she’s had to deal with and she does it with such grace and the fact that she has never, ever commented on anything that’s going on.”

Piers questioned his guest on Thursday
(

Joan is set to be part of a pageant which will celebrate the Queen’s seven decades on the throne.

The interview came after Piers was one of a number of celebs to speak out in outrage over the latest shootings in the United States.

Piers posted on Twitter : “Nothing was done after Sandy Hook to stop another school massacre like that happening again.

“It’s now happened again. Schoolchildren being slaughtered in their classrooms should not be a political issue. Please, America, stop the partisan bullsh*t and do something to stop it.”