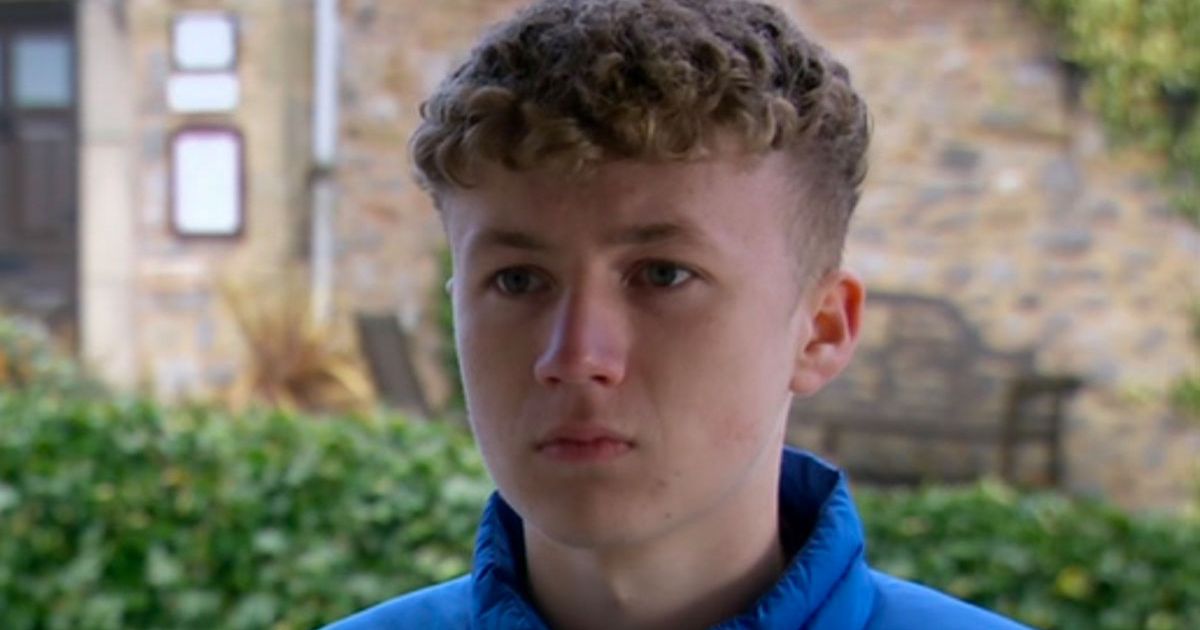 Emmerdale fans have been left fearing the worst for Noah Dingle after the character’s changed behaviour on the soap on Thursday’s hour-long instalment. (

Emmerdale fans have been left fearing the worst for Noah Dingle after the character’s changed behaviour on the soap on Thursday’s hour-long instalment.

Noah, played by Jack Downham, is facing potentially years behind bars after the truth about his stalking was revealed in Emmerdale.

When Charity (Emma Atkins) walked in on Noah and Chloe (Jessie Elland), she quickly discovered her son was holding his ex-girlfriend hostage.

Chloe exposed Noah’s stalking behaviour, after he had been following and watching her via a drone, tracker, and hidden mics.

Determined to ensure her son faces the consequences, Charity reported Noah to the police.

At the beginning of Thursday’s episode, Noah was convinced he had not done anything wrong, leaving Charity furious as he planned on pleading not guilty.

Then, a rattled by a run in with Amy (Natalie Ann Jamieson) left Noah determined to do a runner.

But Charity pushed back against the hairbrained plan to flee a jail sentence and when he later appeared in court Noah pled guilty.

After his court appearance, Noah made the risky decision back in the village that he would visit Chloe, telling her to be brutally honest in her victim impact statement.

But his curious and changed behaviour in accepting what he had done wrong and apologising to Chloe and Charity left several Emmerdale fans fearing the worst.

Taking to Twitter, one fearful fan questioned: “What’s Noah planning?” as another said: “Noah I am getting bad vibes. Don’t do anything silly.”

A number of fans were concerned Noah could take his own lift, with one writing: “ Noah is saying his goodbyes, he’s gonna top himself isn’t he,” alongside a sad face.

“Noah I am getting bad vibes. Don’t do anything silly.”
(

Another echoed: “Noah is going to try doing something stupid isn’t he.”

In the final moments of the episode, Noah was seen taking a packed holdall out of its hiding place in a rubbish bin and walking out of the Dales. What is he planning and where is Noah going?

Noah actor Jack Downham recently described his character’s thoughts when he was first caught out.

He said: “Things go downhill very quickly. He’s in a state of panic, he has no idea what to do, he believes if he can just explain to her and tell her what he’s been doing and why he’s been doing it over the past weeks, that she’ll understand.”

It’s a disaster for Noah, but perhaps the wake-up call he needs, as Jack said: “Right now, I don’t think there’s anywhere back unless he has a serious few conversations with people about his mindset and the way you just think about women and the way you you’re allowed to act around them.”