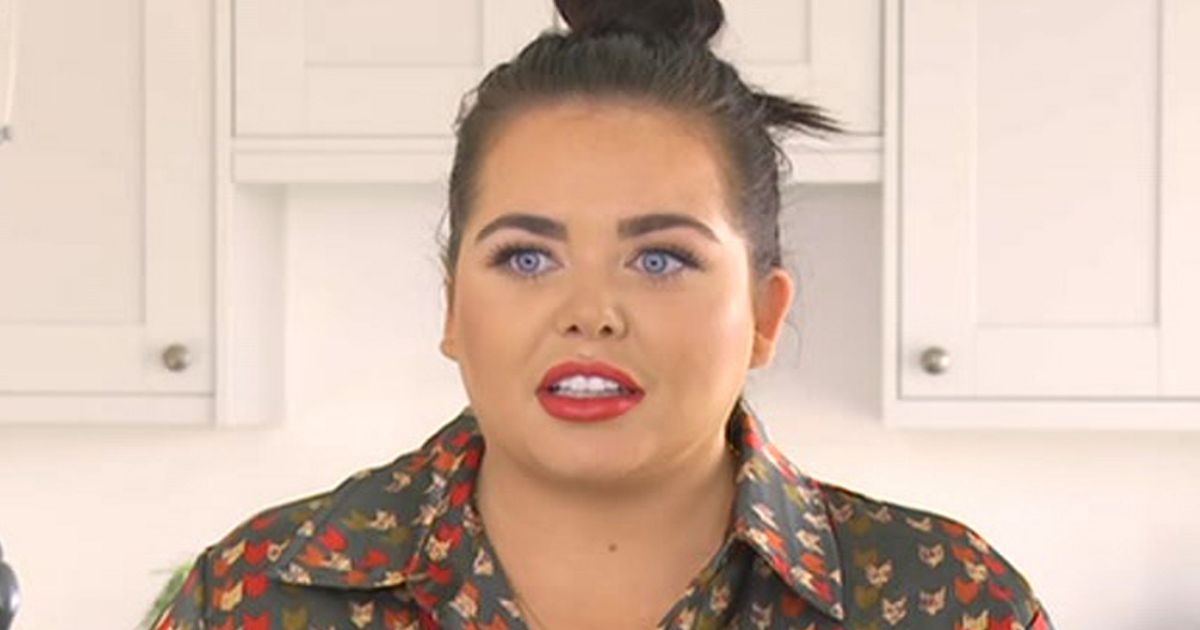 Former Gogglebox star Scarlett Moffatt appeared on Good Morning Britain ahead of her driving theory test today, after she has failed the previous 13 attempts at her practical

Scarlett Moffatt is quizzed on driving knowledge after failing 13 times

The former Gogglebox star has plenty of experience with the highs and lows of learning to drive, after failing her own test a whopping 13 times.

But Scarlett, 31, is hoping her next attempt will see her finally ditch the L plates and pass her driving test.

Richard did not pull any punches when he asked point blank: “Why do you keep failing? 13 is a heck of a lot of failures.”

Scarlett took the blunt question in her stride and giggled as she replied: “It is, isn’t it? I don’t know – if I knew that I would probably pass Richard.”

Co-host Kate then told Scarlett they would ask her a series of driving theory questions live on air, which she should “treat as a warm up” for the test later today.

Kate first asked: “What speed can you go up to where there is a 30 mph speed limit?”

As Scarlett looked momentarily puzzled and paused over the question, both Richard and Kate collapsed into fits of laughter.

While it was hilarity in the ITV studio, viewers at home were less than impressed by the line of questioning and took to Twitter to blast the presenting pair for “being rude”.

One wrote: “Does Richard Madeley enjoy being rude and condescending to people? Poor Scarlett Moffat!!”

Another tweeted: “I’m no Scarlett Moffatt fan BUT they are actively taking the p*** out of her on national TV for failing her driving test 13 times….. How about the other people who have failed, hardly filling them with confidence!!!”

Another referred to Richard’s slip up earlier in the programme where he revealed he lost a recent celebrity edition of The Chase, writing: “Madeley laughing at Scarlett’s failures and he lost on The Chase and only lasted 5 minutes in the celebrity jungle.”

Another savagely tweeted: “Can’t decide who was more irritating today with their constant cutting off & interrupting guests answers – Richard Madeley or Kate Garraway!!”

This comes after BBC series Driving School is set to return with Scarlett Moffatt at the wheel as host.

Scarlett’s Driving School will follow learner drivers who have been unable to have professional lessons due to Covid-19 and instead have been guided by friends and family.

Each hopeful learner will take an intensive crash course in Teesside, with some of the country’s top driving instructors on hand to help, before trying to pass their test in just five days.

“I’m over the moon to be part of such an exciting series on BBC One,” Scarlett exclaimed as the news was announced.

“Having failed my driving test 13 times I know exactly how these learners feel and how much strain it puts on the person teaching you – no one will get in a car with me anymore!”

She hopefully added: “I hope that my new show will give us all the confidence to finally rip up those L plates and hit the road.”