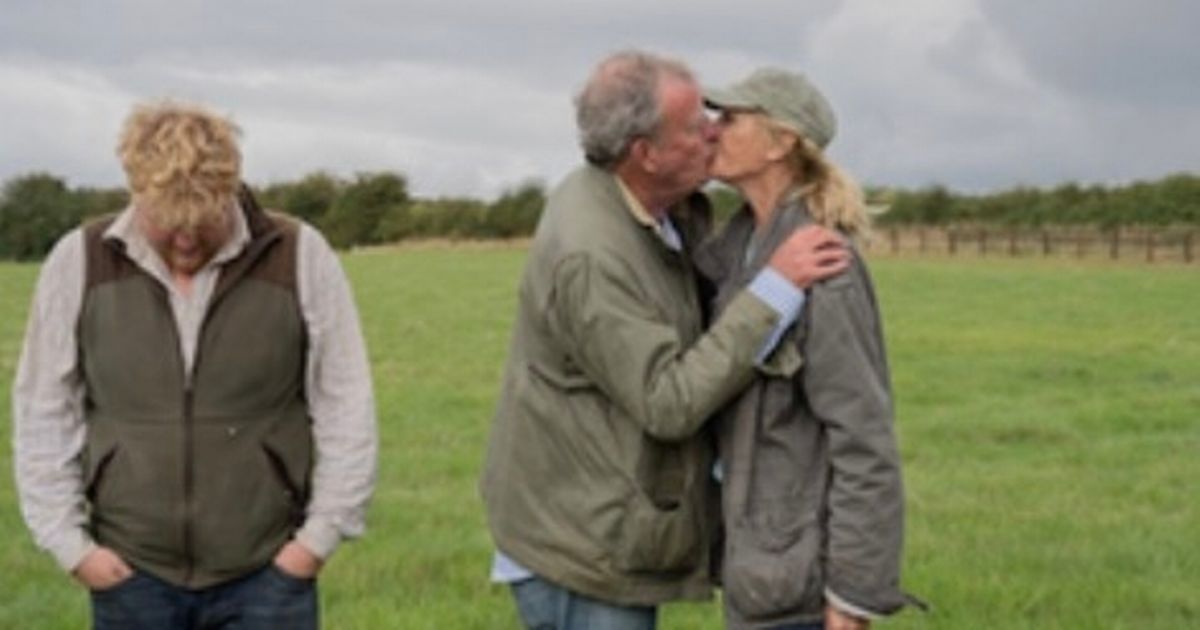 Jeremy Clarkson gets over his latest Diddly Squat blow by having a smooch with girlfriend Lisa Hogan.

The star is still fuming after his plans for a restaurant at his farm were thrown out by the council.

There has been a long-running feud between the star and his neighbours in the village of Chadlington, many of whom have expressed distaste towards the star’s ambition for his land.

The former Top Gear host faced an angry backlash from local residents over his ambition to expand the farm with more than 50 objections registered with the council.

Filming for Clarkson’s Farm series 2 is now in full swing and it looks like the star was quickly comforted.

Jeremy and Lisa pucker up as filming continues on the farm
(

The 61-year-old’s docuseries was a huge hit when the first series was released in June last year.

Lisa, previously married to multimillionaire Baron Steven Bentinck, recently opened up on what it is that made her fall in love with Jeremy.

“He makes me laugh”, the Irish beauty said.

There was even a Top Gear-like moment as cameras rolled
(

Last year, Jeremy admitted he has “never been happier”.

He told The Times : “I am so proud of Lisa. How she has gone from – how can I put this politely – a sedentary and rather luxurious life to find herself living on a farm where she didn’t know anyone.”

Once again, the cameras will be keeping a watchful eye on Jeremy and his agricultural antics in Chipping Norton.

No doubt he’ll be airing his frustration at the recent council red tape.

He had wanted to build a new 70 space car park and 60-seat cafe on the site close to the village of Chadlington, Oxfordshire.

But they said no – and he wasn’t happy about it.

In his last ditch appeal to councillors, he told the meeting: “It is diversification of a farming business. We have already started talking to our neighbouring farmers.

“Farmers are not going to be able to do that for much longer because of the farmer’s state of finances. We have been told as farmers to diversify – that is exactly what this proposal is.”

Now we wait to see what’s next and the show should provide some interesting soundbites.