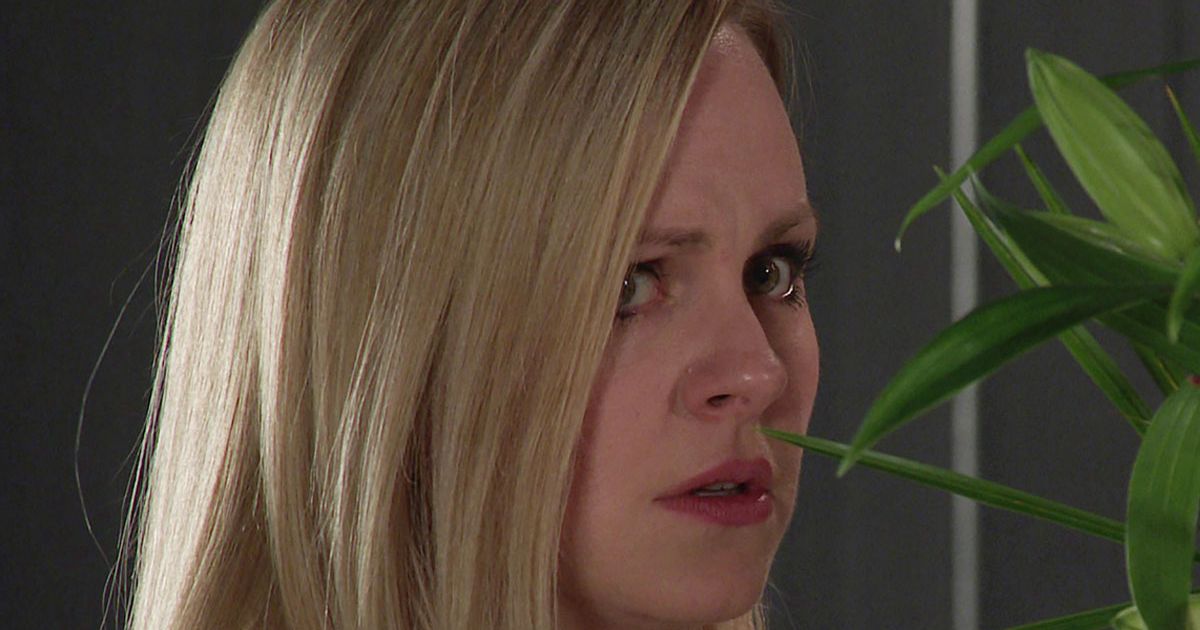 Coronation Street turns Fatal Attraction as Adam Barlow finds himself the target of a mystery tormentor as his windscreen is smashed, his office raided and he receives some creepy anonymous calls.

Next week on Coronation Street, Adam is furious when he discovers that his car windscreen has been smashed, prompting him to vow to put an end to Jeremy Bremner’s intimidation campaign.

But is Adam going after the right person?

He goes on to track Jeremy down and confronts him. While Jeremy admits to keying his car, he denies being behind the graffiti or smashing the windscreen.

Sarah Platt is terrified on Corrie

Adam decides to give up arguing and leaves, which Sarah fears to Carla and Lydia that Adam may have provoked Jeremy even more.

His week goes from bad to worse as Adam gets held at gunpoint by armed police as his office with Imran is raided for firearms following a tip-off.

While the police turn the office upside down, Imran and Sarah blame Adam for antagonising Jeremy.

Adam goes on to report Jeremy for the false tip-off, but later receives a silent phone call…

He decides not to tell Sarah about the phone calls as he reassures Sarah that it’s the last they’ve heard of him.

Adam is being targeted by a mystery stalker

But Adam later confides in Imran about the phone calls but, despite his colleague telling him to, he decides not to report them.

Sarah and Gail are later taken aback when they see a large bouquet of flowers in a vase, prompting Sarah to thank Adam for them.

But Adam is baffled and they both fish out the card, horrified to read that it says: “Next bouquet will be for your funeral.”

Realising that the flat door was deadlocked, Sarah and Adam realise that whoever left the flowers could still be there.

Deciding enough is enough, Sarah phones the police and Adam tells officers about the harassment campaign, leaving Sarah shocked when he reveals the silent calls.

Ed goes on to change the locks for the couple and Adam demands that Sarah take Harry and stay with Nick for the time being.

Meanwhile, Sarah sends Peter round to keep Adam company in the flat and he is bombarded with even more phone calls, which Peter urges him not to answer.

At the end of the week, the tormentor lets themselves into the flat again, snipping the heads off two red roses and leaving a note that sinisterly reads: “Happy Valentine’s Day. It might be your last.”

Emmerdale spoiler: Dawn forced to ‘fight for her life’ as Meena threatens to ruin wedding