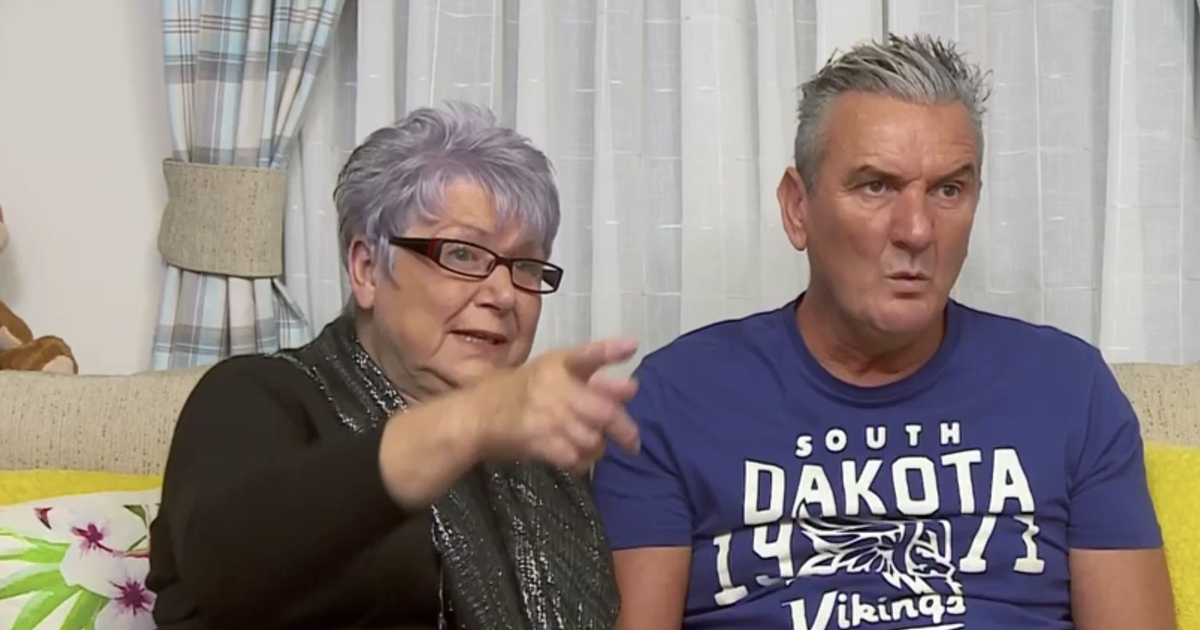 Gogglebox fans were disappointed to notice Jenny Newby and Lee Riley were absent from the latest episode – while the addition of new cast members has sparked speculation the pair may have been axed from the show.

Jenny and Lee have been fan favourites since they joined the cast of professional couch potatoes back on Season four in 2014.

But on Friday night’s episode, the duo were nowhere to be seen among the cast discussing the latest episodes of Strictly Come Dancing and The Love Trap.

While Jenny and Lee were absent, brother and sister Simon and Jane were new additions to the show – watching along from their deep tan coloured leather sofas.

Viewers took to Twitter to comment on the fact that long-time contributors Lee and Jenny were missing from the episode.

One viewer tweeted: “Hold the phone. There’s no Jenny and @leegogglebox tonight on # Gogglebox?”

Another asked: “Just me who’s thinking where on earth Jenny and Lee are??”

While a further fan tweeted: “Where are Jenny & Lee this week.”

Taking to Instagram earlier this week, Lee revealed to fans that he was on holiday with his partner, Steve – meaning he may have been away from his home while the latest Gogglebox episode was filmed.

Meanwhile, viewers were excited to see Simon and Jane join the show.

One fan was instantly won over by the siblings, tweeting: “Simon and Jane are a brilliant addition to the show!!!”

Another gushed: “Absolutely loving Simon and Jane on Gogglebox already. These two are gonna be brilliant.”

While a further fan was impressed by the library of books positioned behind the newcomers, tweeting: “A new couple on #c4gogglebox and they’ve got shelves full of books! Hallelujah – I’ve always wondered how the goggleboxers managed to live without them.”

A number of Gogglebox stars have quit the show in recent months – with Paige Deville dropping out the series after clashing with her mother behind-the-scenes.

While a number of other stars stepped back from the series following the deaths of loved ones.

Paige Deville has slammed her own mother, Sally Hayward, on social media after quitting the show
(

Carolyne Michael and her two children Louis and Alex left the series after husband and father, Andy, died in August.

While Marina Wingrove also left the show following the death of her friend and care home housemate Mary Cook in June.

Gogglebox airs on Friday nights at 9pm on Channel 4.