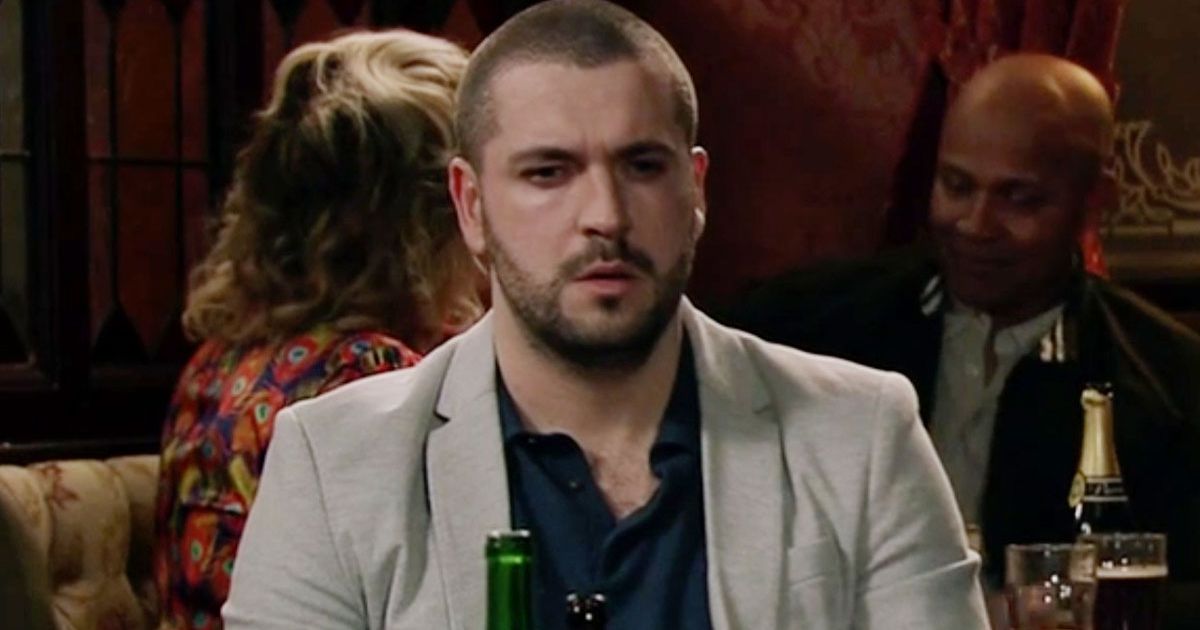 Shayne Ward made a return to Coronation Street as Aidan Connor, three years after his suicide, following the tragic death of his father Johnny Connor. He died during tonight’s episode trying to save his ex Jenny

The actor was heard during the dramatic finale of Corrie’s super soap week, which saw his on-screen dad Johnny die after saving the love of his life Jenny.

As MS sufferer Johnny – played by Richard Hawley – succumbed to the cold in the murky water of the storm drain, he heard his son’s voice one last time.

Jenny and Shona called out to Johnny as he lost consciousness, but all he seemed to respond to was his son saying “Dad”.

Aidan took his own life in 2018 after secretly struggling with his own demons, leaving his family devastated.

“After that, my life stopped, nothing made sense,” Johnny had explained to a heartbroken Jenny. “Everything’s been all wrong, you know, I tried.”

Fearful of Johnny’s defeatist tone, Jenny insisted: “No, because that sounds like you’re giving up and you’re not allowed to give up.”

Just as the couple worried that they would die together down the storm drain, Shona came to the rescue as she lowered herself into a nearby storm drain and managed to throw them a rope.

Johnny insisted that Jenny be pulled through first as Shona wouldn’t be able to pull both of them together.

But when she safely made it to the other side, Jenny and Shona tried to call out to Johnny – only he didn’t respond and died as he heard his son’s voice for the final time.

The former pub landlord had been left traumatised after discovering his son’s body three years ago, leading his life in a downward spiral as he lashed out at his wife Jenny and cheated on her with Liz McDonald.

At the time, actor Shayne said that he had been “honoured” to be trusted with Aidan’s storyline and that he had played it with “as much truth and honesty” as he could.

“Aidan is an ‘everyman’ figure, he is someone men can identify with, which is important in telling this story,” Shayne had said. “We hope that anyone who recognises something of themselves in Aidan, will realise they can, and really should, talk about how they’re feeling.”

How to get help: If you are struggling or you are worried about a loved one, you can call Samaritans free at any time, from any phone, on 116 123 or email [email protected] For more advice visit nhs.uk/mental-health or www.mind.org.uk/information-support/coronavirus