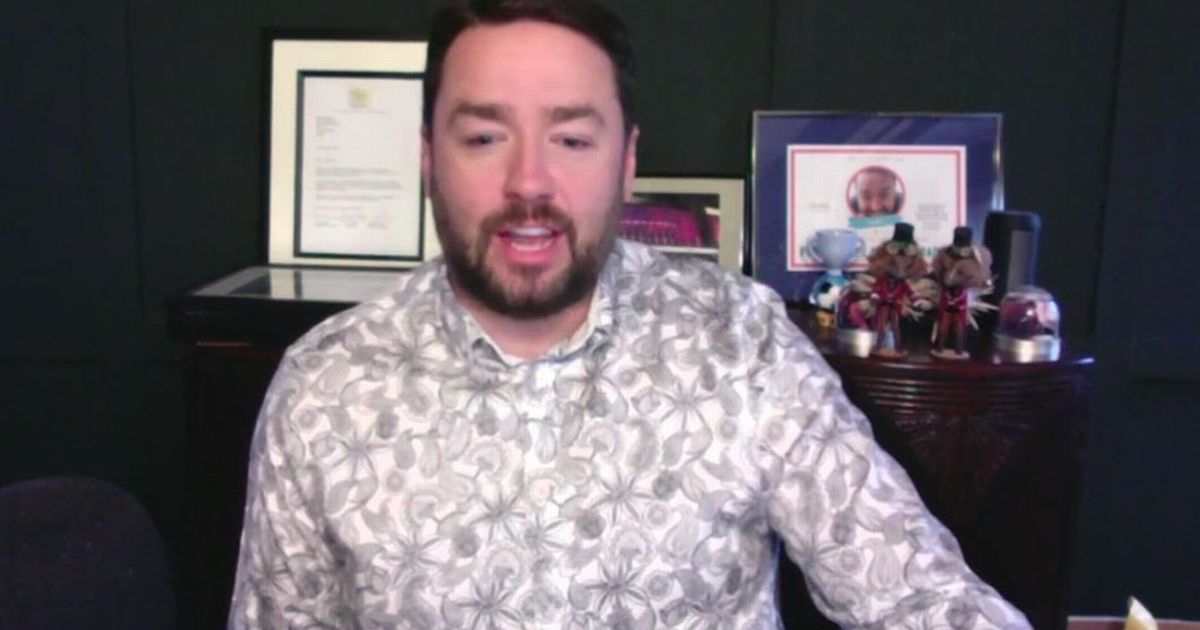 ITV might be having some words with Jason Manford following his appearance on Sunday Brunch.

The 40-year-old comedian appeared on the latest episode of the Channel 4 show via video link where he spoke about hosting new ITV series Starstruck.

The new singing competition sees a trio of singers transform into their musical idol for a chance to win an impressive £50,000.

Jason sits on the panel as one of the judges, alongside Sheridan Smith, Adam Lambert and Beverley Knight.

It’s no secret that the format of the show bears many similarities to much-loved TV show Stars In Their Eyes which first premiered on ITV in July 1990.

Speaking about Starstruck, Jason told Sunday Brunch hosts Simon Rimmer and Miquita Oliver: “Oh yeah it’s great! I mean, to be fair, I know they’ve told me not to say it but it is Stars In Their Eyes for now!”

“We were told not to call it that! But as long as we’re all on the same page!” Miquita then revealed.

Simon seemed keen to try and move the conversation along and said: “So for someone who hasn’t seen it, tell us the format because I love it.”

“So the major differences between the classic Star In Their Eyes is instead of one artist, you’re getting three. So three Elton Johns, three Miley Cyrus ‘, three Lady Gagas.

“And they come on in front of us and we get to pick the best team of the night, so it’s sort of like a team game,” Jason added.

It comes after Stars In Their Eyes champ Ian Moor said Starstruck t is not a patch on the original series.

Ian Moor won the 1999 season of Stars In Their Eyes as Chris de Burgh with Lady In Red.

The next year he became the show’s Champion Of Champions.

But Ian, 48, said Starstruck is not a patch on the original series, which was hosted by Matthew Kelly and ran on ITV from 1990 to 2006.

Ian, who is now a school lab technician and no longer performs, said: “I always tend to prefer originals rather than remakes, with only a few exceptions… and Starstruck is not one of them.

“Olly Murs is a fair choice for host, but let’s face it, he’s no Matthew Kelly.”

Asked if he had any advice for the makers of Starstruck – which launched last weekend – Ian replied: “Don’t try to delve too much into the contestants, make it more about the entertainment.

“The one thing I hated about the likes of The X Factor and Britain’s Got Talent is they were too intrusive. Entertainment should draw a line and they crossed that.”

Sunday Brunch airs at 9:30am on Channel 4 every Sunday.