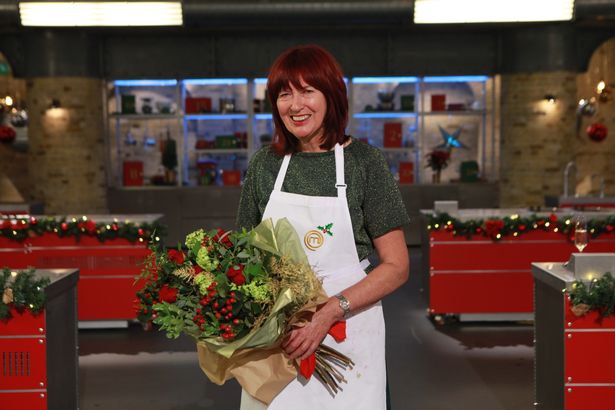 Janet Street-Porter was crowned the first ever Celebrity MasterChef Christmas special champion this evening – and she promptly dedicated it to “all the pensioners”.

The Loose Women panelist, 73, returned to the kitchen tonight after her appearance on the show seven years ago.

But unlike her first stint in 2013, she managed to become the clinch the title.

Following the shock of her win, Janet said: “No, I don’t believe it, I can’t believe it. I am really, really thrilled. I did a lot of moaning but I loved the cooking part. This is one for the pensioners!”

She also managed to wow with her intriguing mincemeat dish during the Invention Test.

Speaking after Janet’s win, Gregg said: “This has been brilliant fun. I think Janet’s pie was really clever and I loved the damson jam and venison inside.

“It was absolutely stunning, brilliantly clever and showed the touch of a really, really good cook.”

Meanwhile, John added: “This has been a fantastic celebration, we wanted a festive feast and that’s what all of the celebrities delivered.

“Janet’s food didn’t just taste great but it looked great; it was care, it was attention, it was detailed, it was delicious!”