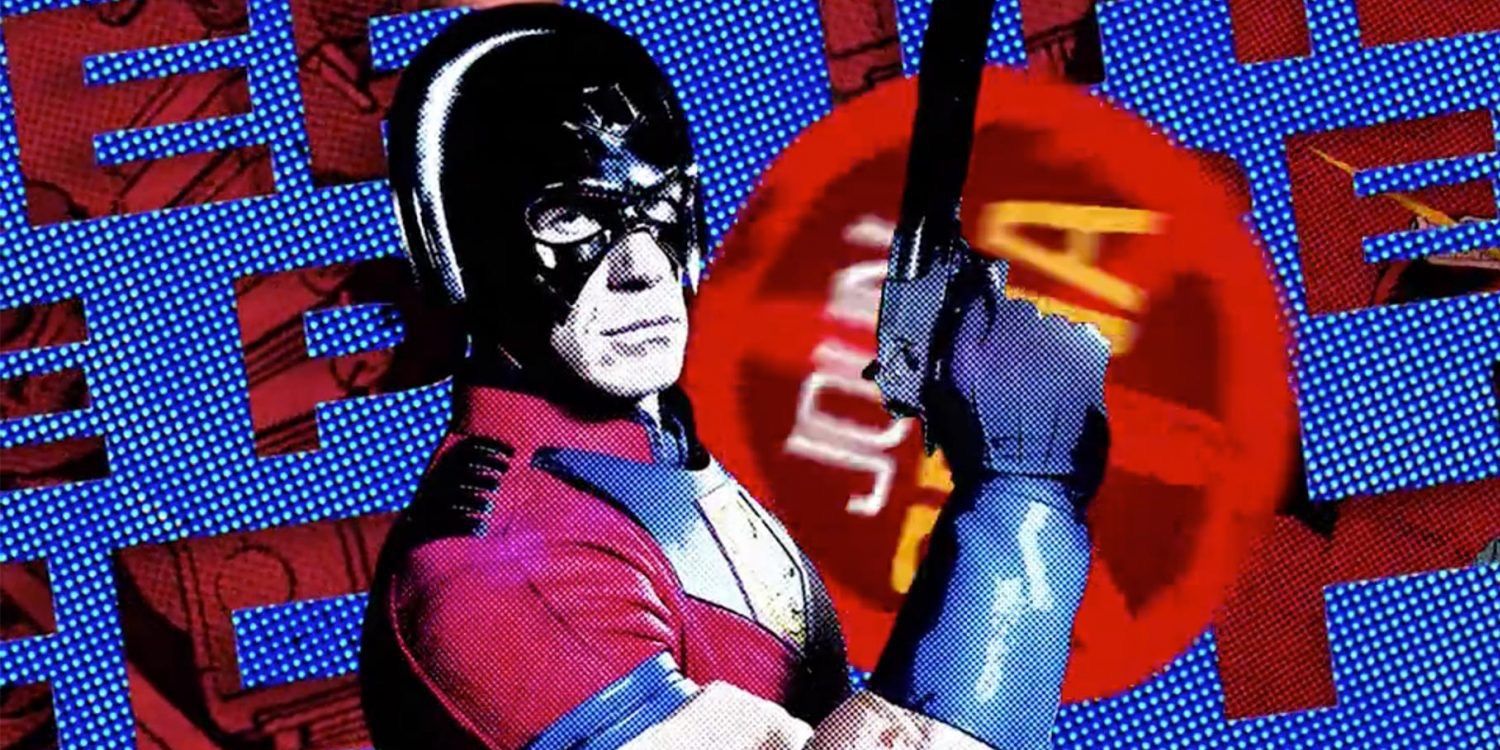 Director James Gunn throws some serious shade at the possibility of unofficial Peacemaker set photos for Vigilante’s costume in The Suicide Squad spinoff. The forthcoming HBO Max series stars John Cena as the titular character of Peacemaker, who will also appear in Gunn’s The Suicide Squad. Peacemaker will feature other characters from The Suicide Squad as well, including Steve Agee’s John Economos. Recently, Peacemaker added a handful of cast members, including Chris Conrad as Adrian Chase aka Vigilante and Danielle Brooks as new character Leota Adebayo.

Many details about the Peacemaker show remain unknown, but filming is expected to begin soon. Earlier this week, Gunn announced he was beginning his two-week quarantine before production could start. Considering filming is gearing up to begin, one aspect of Peacemaker that is sure to be highly anticipated are new costumes for the titular hero and other DC characters set to appear. While Peacemaker may don the same costume as in The Suicide Squad, Vigilante’s suit will have to be created for the show. In terms of when Vigilante’s costume could be revealed, Gunn has an idea, but he doesn’t seem particularly happy about it.

This week, Gunn took to Twitter to throw some shade at any unofficial Peacemaker set photos. The exchange starts off innocently enough, with a fan asking Gunn when Vigilante’s costume will be revealed. Gunn, in turn, says fans will likely see the costume when “some knucklehead” snaps “a shoddy picture.” You can check out Gunn’s tweet below:

Since Conrad was only recently cast as Vigilante and Peacemaker hasn’t started filming yet, it will still be at least a few weeks before any look at the DC character’s costume surfaces. However, Gunn perhaps has more say in when the first public look at Vigilante is released than he implies. In recent years, some directors, including those of DC movies, have unveiled early set videos or photos to have more control over how costumes are unveiled to the public. Joker, Birds of Prey and The Batman all revealed their main characters’ costumes ahead of public filming. Conversely, Gunn’s The Suicide Squad costumes were not revealed early. It’s unclear whether that was Gunn’s decision or Warner Bros’, but if the director is worried about “shoddy” set photos surfacing, releasing an official look early may be a solution.

While it’s Gunn’s prerogative to not release official looks at costumes before or just as filming starts, the result of that decision is trying to avoid “knucklehead” photographers who want to capture a first look at Vigilante’s costume in Peacemaker. Depending on where Peacemaker films, that could either be an easy or a difficult task. High profile movie productions have managed to keep costumes under wraps if they shoot in a film studio, where they have more control than in a public location. The reason many of The Suicide Squad’s costumes leaked were because Gunn shot many scenes in public places where folks could take photos and, thanks to the internet, spread them far and wide. Whether Gunn goes the same route with Peacemaker or the director and Warner Bros. decide to unveil Vigilante’s costume early remains to be seen. Either way, Gunn has made his thoughts on unofficial set photos well known.