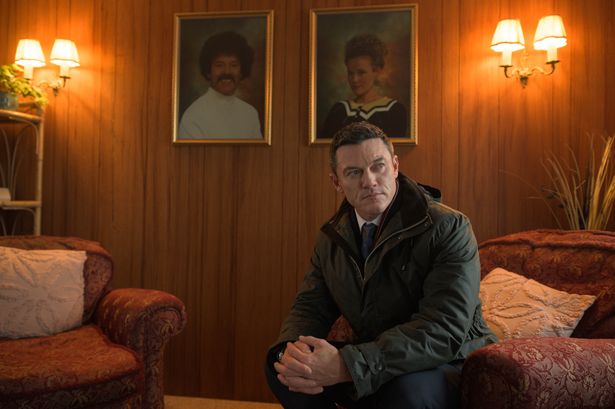 The three-part series, which began tonight, is based on the murders by Welsh serial killer John Cooper and how he was caught and convicted 26 years after the killings.

Focused on 2006, the drama follows newly promoted Detective Superintendent Steve Wilkins, played by Luke Evans, who decides to reopen unsolved murder cases from the 80s which are connected to a series of burglaries.

But fans felt that one particular element of the series was a little distracting and flocked to Twitter to comment.

“Luke Evans ironing in his pants is the pick me up 2021 needed #pembrokeshiremurders,” another joked.

One quipped: “I’m not the only one watching #pembrokeshiremurders for Luke Evans, am I?!”

A fan commented: “Luke Evans should get to keep his own accent in everything. #pembrokeshiremurders.”

Did you enjoy watching The Pembrokeshire Murders tonight? Let us know in the comments below!

*The Pembrokeshire Murders continues tomorrow at 9pm on ITV