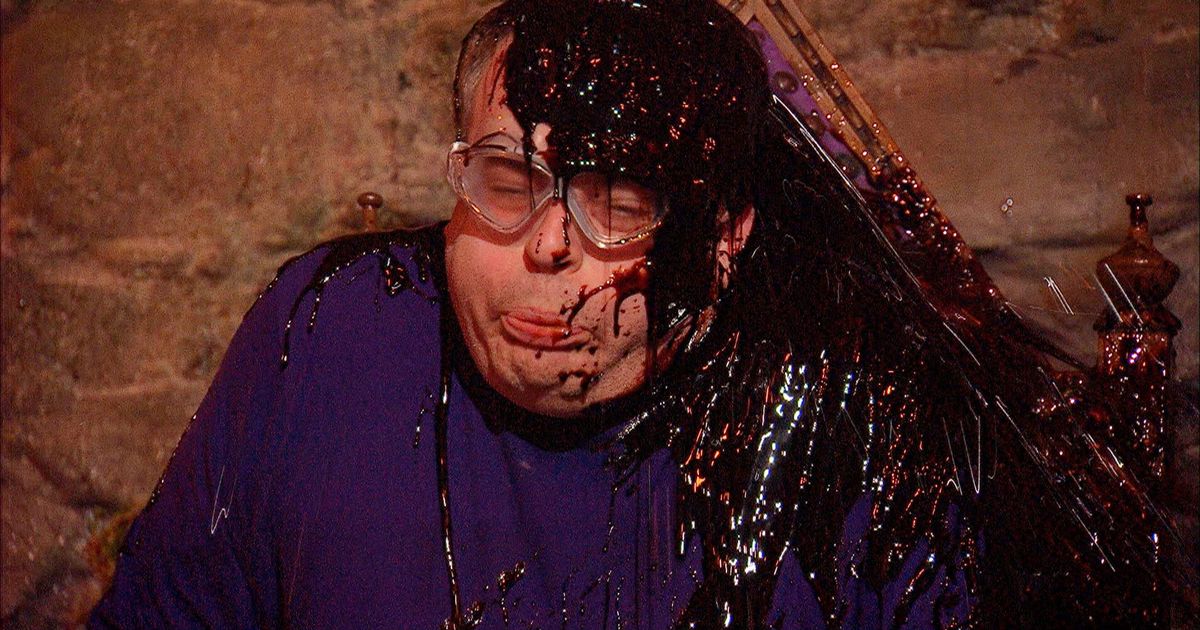 Simon Gregson and Adam Woodyatt are covered in slime in this first look of the I’m A Celebrity Savage Stakeout trial, where they join Naughty Boy in a bid to win stars for camp’s dinner tonight

Simon Gregson and Adam Woodyatt are covered in slime as they take part in tonight’s I’m A Celebrity trial.

In a first look at the ITV show’s Savage Stakeout trial, the Coronation Street star and the EastEnders actor are sat alongside one another on royal chairs as they are quizzed on famous Lords.

In the clip, hosts Ant McPartlin and Dec Donnelly stand nearby as they question the soap stars. Elsewhere, Naughty Boy is laid on the floor, unable to move his hands and legs, which are all divided into separate compartments with the help of a metal cage.

If they get the question wrong, Naughty is joined by more castle critters.

Simon and Adam are covered in slime

As Dec announces they are going into round 4, Naughty tells his fellow campmates: “Please get this right guys.”

Adam quickly replies back, “Yeah, we’ll try”, as Ant begins to read out the question, “Which lord appeared in series three of I’m A Celebrity… Get Me Out Of Here?”

Both Adam and Simon shoot each other a look as they try to guess who it was.

The three celebrities are taking on the Savage Stake Out trial

“Lord…” Simon says as the pair try and wrack their brains. Adam suggests Jeffrey Archer, which Simon then repeats to Ant and Dec to confirm that is the answer they want to give – although he doesn’t seem too sure.

Dec has a smile on his face as he tells the pair it’s incorrect and they are both pelted with slime.

“No,” Naughty Boy screams from the confines of his floor cage as they pour crickets over his left arm.

Naughty Boy is trapped in a metal cage for their trial

“Woah, woah, woah,” the music producer continues to scream as Dec reveals the correct answer was Lord Brockett, leaving Naughty Boy to stay in the same position for 60 seconds in the hopes of earning another star for camp.

Meanwhile, in last night’s trial, Kadeena Cox was in tears as she faced her fear head on – snakes.

Her and Arlene were laying in bunk beds, where they had to get the stars through a maze, but they weren’t alone in their beds.

The Paralympian said: “I’m super buzzing we got 10 stars. That was super hard. That was really tough for me and doing it in the dark makes it so much more challenging. I’m super stoked and I think ‘Team Ardeena’ are pretty dope.”

I’m A Celebrity airs tonight on ITV at 9pm.