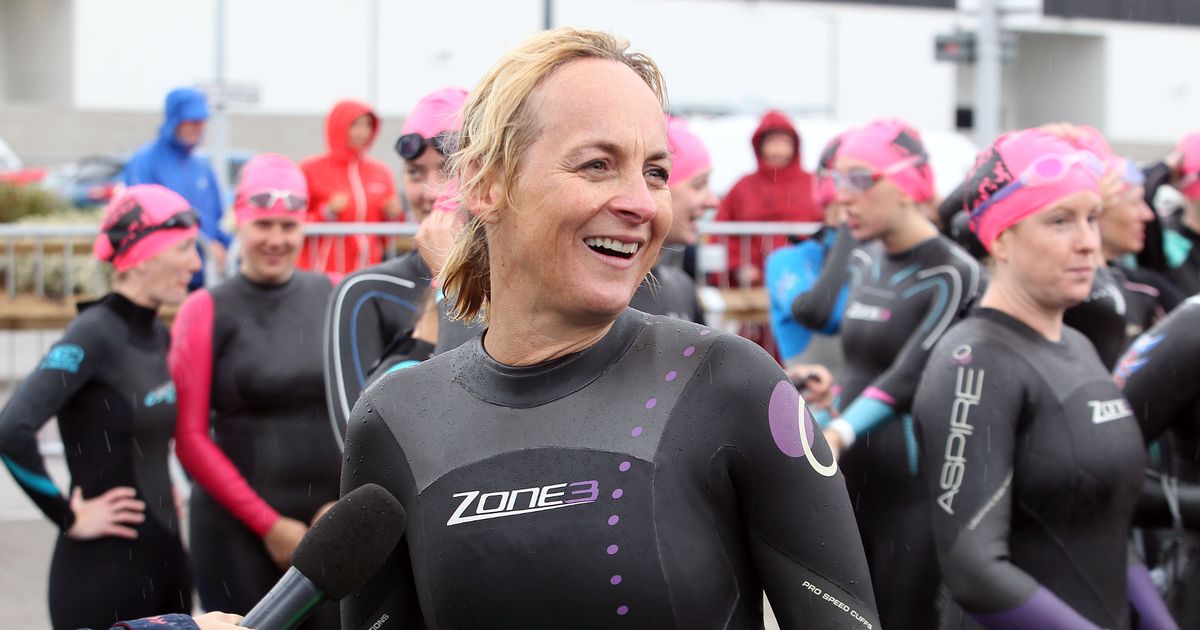 Louise won’t be stripping down to a skimpy two piece and has revealed her plans to enjoy more dignified showers when she takes to the camp site at Gwrych Castle in Abergele, Wales

Broadcasting legend Louise Minchin says fans can keep dreaming of seeing her in a bikini – as she is refusing to wear one in the I’m A Celebrity… Get Me Out Of Here! camp.

The 53-year-old newsreader is heading to Gwrych Castle in Abergele, Wales, to take part in the 2021 series of the long-running ITV reality show after sensationally quitting BBC Breakfast earlier this year.

Louise is one of 10 initial contestants on season 21 of the show – and will feature alongside other familiar faces including ex-Strictly judge Dame Arlene Phillips, The Saturdays singer Frankie Sandford and Paralympic athlete Kadeena Cox.

While many I’m A Celeb contestants have won attention by stripping down to a bikini for a shower, Louise says she will be taking a more dignified approach to her daily hygiene routines.

Louise said: “I prepared for the shower. I will be wearing a swimming costume in the shower.

“But yeah, I think at first I will try to remember there are cameras around me and microphones around me all the time. But I’m sure very soon I’m going to forget that.

“I’ve just got to trust that I can just be myself. I haven’t got a bikini – I won’t be wearing a bikini in the shower.

“That’s how I’ve managed to get around that one. I won’t be revealing more of myself than I mean to.”

Louise previously told the Mirror that fans should expect to see a whole new side to her after she presented BBC morning breakfast news for 20 years.

She said: “I think viewers will be surprised, first of all, I’m going to look completely different to how they normally see me sitting on the sofa, looking mostly well put together with my hair nicely done, my makeup, et cetera. So I think that’s going to be a bit of a difference for them.

“Hopefully not a shock, but to see me completely makeup-free and all the rest of it and in the castle clothes. I think they’ll also hopefully be surprised that I’ve got probably more of a sense of humour that they can see on BBC Breakfast.

“And again, that thing about always seeing the bright side of life and the glass half full rather than anything else.

“Of course there’s enormous potential to be embarrassing. I shall try not to be embarrassing, but I just can’t promise that I won’t be. And the main thing they(daughters) said to me is that I need to brush my hair.”

Meanwhile, the BBC star will also be battling a health condition which makes her hands turn blue while featuring in the ITV show – which will film in freezing conditions in the Welsh castle.

Ahead of the show beginning tomorrow night, Louise opened up about suffering from Raynaud’s Syndrome – a condition that causes decreased blood flow to the fingers and toes.

She said: “I feel the cold really badly, I have this thing called Raynaud’s Syndrome, which means my hands and feet go numb very quickly, even in supermarkets. So cold is a big thing for me.”

However, she will be bringing a ‘luxury item’ into Gwrych Castle with her to help her with the cold – explaining: “I have brought with me a fluffy hot water bottle that actually belongs to my daughter.”

I’m A Celebrity… Get Me Out Of Here! begins on Sunday night on ITV at 9pm.