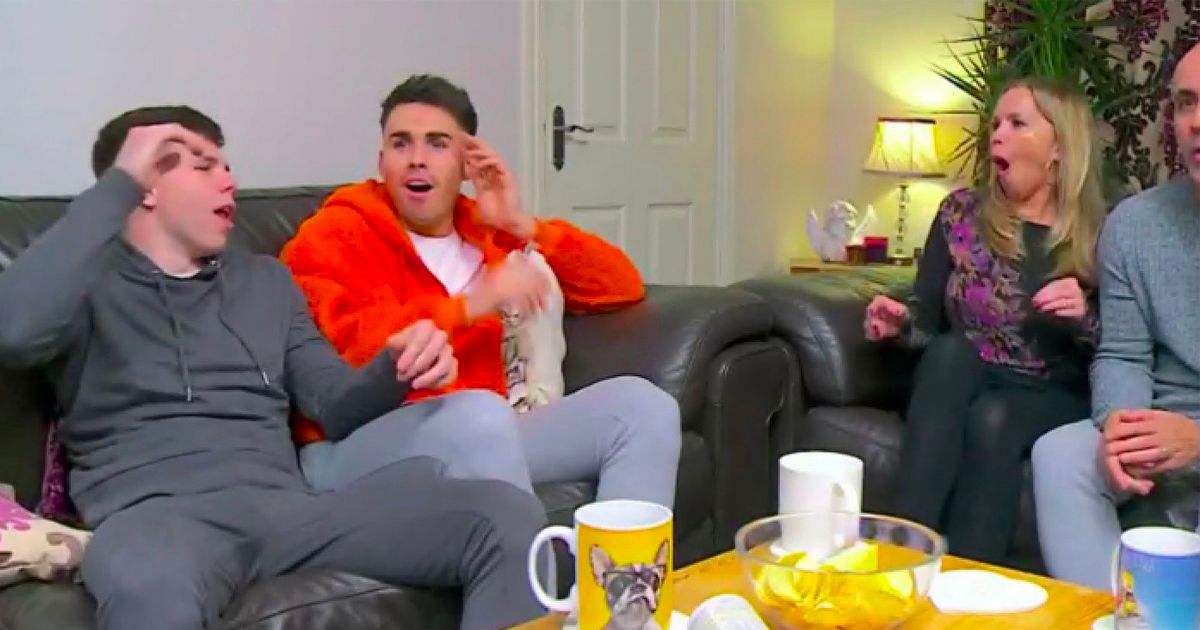 The cast of Gogglebox were beside themselves with excitement when they were tasked with watching Sir Rod Stewart perform on The Graham Norton Show.

The Channel 4 series continued on Friday night with members of the cast watching highlights of the week’s TV – which included a performance by 76-year-old Sir Rod.

The rock legend was seen surrounded by an army of blonde women wearing white minidresses while he himself was dressed in a sequinned black suit.

And he was shown dancing and singing to the delight of the live studio audience of 58-year-old Graham Norton – while also belting out his trademark gravelly vocals.

The Malone family were excited to see Sir Rod taking to the stage – but none more so than Shaun who gamely slapped his thighs while stating: “Oooh! Big fan.”

Sophie and Pete were next to be shown getting excited for the music legend’s performance.

Sir Rod was then seen singing his song One More Time and breaking into a dazzling shimmy action dance move.

Sir Rod was singing and dancing on The Graham Norton Show
(

The hip shaking and shoulder twerking thrilled the Gogglebox stars – with Amira and Amani gasping: “What is he doing?!” and breaking into laughter.

The boys in the Plummer family; Tremaine, Twaine and Tristan couldn’t stop themselves exploding with laughter as they watched.

While the Baggs family mocked Sir Rod’s vocal performance, highlighting how he would annunciate unexpected lyrics while singing.

Giles and Mary appeared delighted by the performance, with Giles saying: “He can still move, Mary,” while footage showed Rod effectively marching on the spot while singing.

Meanwhile new Gogglebox participants Ronnie and Annie commented on Rod’s attire, with Annie declaring: “I think you’d look lovely in a suit like that, Ron.”

Although he didn’t look convinced himself.

Last week it was revealed the makers of Gogglebox are scouring Sir Rod’s spiritual home – Scotland – for new participants on the show.

The search has been sparked after politicians slammed the show for failing to represent families north of the border.

The Gogglebox stars were stunned by the performance
(

Pete Wishart, who is an MP and chairman of the Scottish Affairs Committee at Westminster, said: “A theme which came up in our evidence session was the lack of a Scottish family on Gogglebox.

“It is clear some have approached the channel with similar concern, often offering themselves as an option.

“I am therefore pleased to see a dedicated team tasked with this and look forward to seeing the successful family on our screens in the new series.”