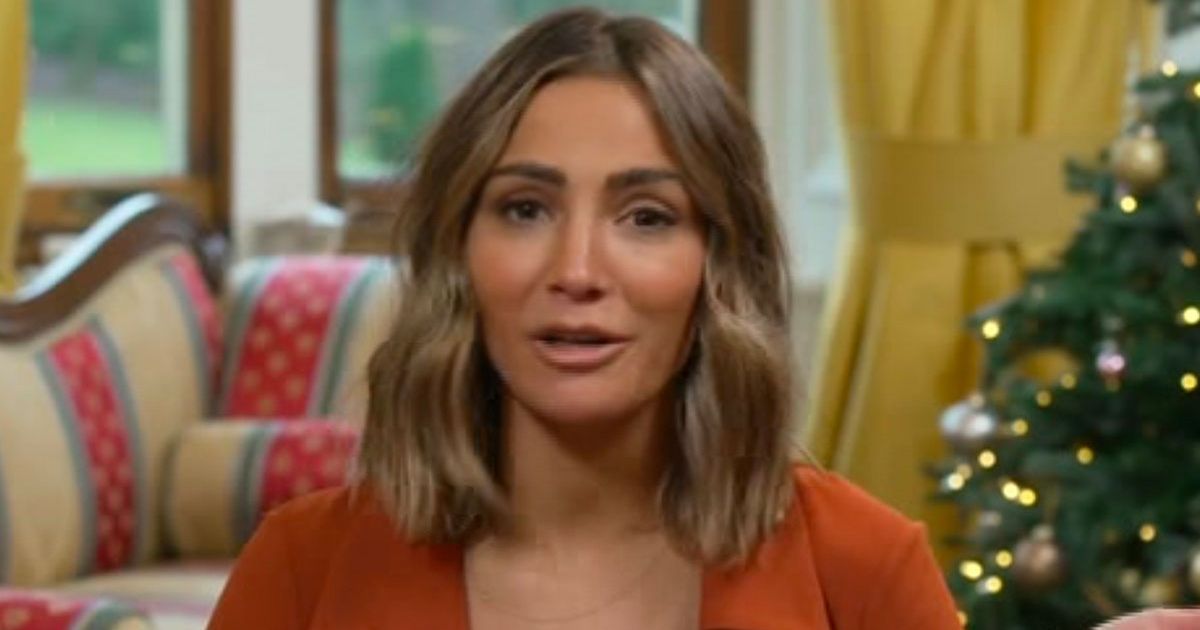 I’m A Celebrity star Frankie Bridge has opened up about her confrontation with Naughty Boy for the first time, as she discussed the camp’s ‘dysfunctional family’

I’m A Celeb: Frankie looks back on argument with Naughty Boy

Frankie Bridge “hated” her confrontation with Naughty Boy on I’m A Celebrity.

The pair famously rowed over the cooking of the rice when half the celebs – including the music producer – joined the others in the Main Camp, and looking back on her argument with Naughty, she admits it got out of hand.

She explained how he “didn’t let her finish” after she called the Main Camp ‘our camp’, with Naughty quickly taking it very personally as a row descended on the camp.

Speaking on ITV’s Loose Women, she said: “I’m not someone who cooks, especially rice, I love a bit of microwaveable rice, so I’ve got no idea. There seemed to be some sort of rice gate… I hate confrontation.

“I was trying to explain to Naughty that the whole rice pudding thing, we’re not saying it’s rice pudding, this is how we just did it previously… but he didn’t let me finish, so it ended up being a slight confrontation, but 10 minutes later, it was absolutely fine.”

She added: “You live at home with the people you love and they annoy you sometimes… We met on the show and had to learn to live with each other very quickly, so these things will happen.”

Frankie shared how the camp ended up being like a “weird, dysfunctional family”.

Frankie and Naughty Boy rowed over rice in camp

“You know what, it was fine. I think we were really lucky. Everyone genuinely got on really well, we fell into this weird, dysfunctional family role very quickly,” she shared.

The Saturdays singer has made some lifelong friendships with the other stars in the castle and she hopes they’ll stay in touch.

She added: “I hope so. If any of them try to ignore me, I’ll keep ringing them. There are some real strong relationships made in there. We’ve shared something together that no one else has experienced.”

The pair rowed over the rice early into the show, as Frankie admitted she “couldn’t deal” with the drama.

She told him: “You’re just coming into our camp and this was just what we did.”

But Naughty Boy interrupted and added: “No, this is our camp. That’s wrong what you just said. It’s not your camp … Don’t say things like you came to ‘our’ camp.”

Frankie was in tears after the row as she said: “Why can no one talk about rice in here? I can’t deal with it. I’d rather not have rice at this point. I just hate any confrontation.”