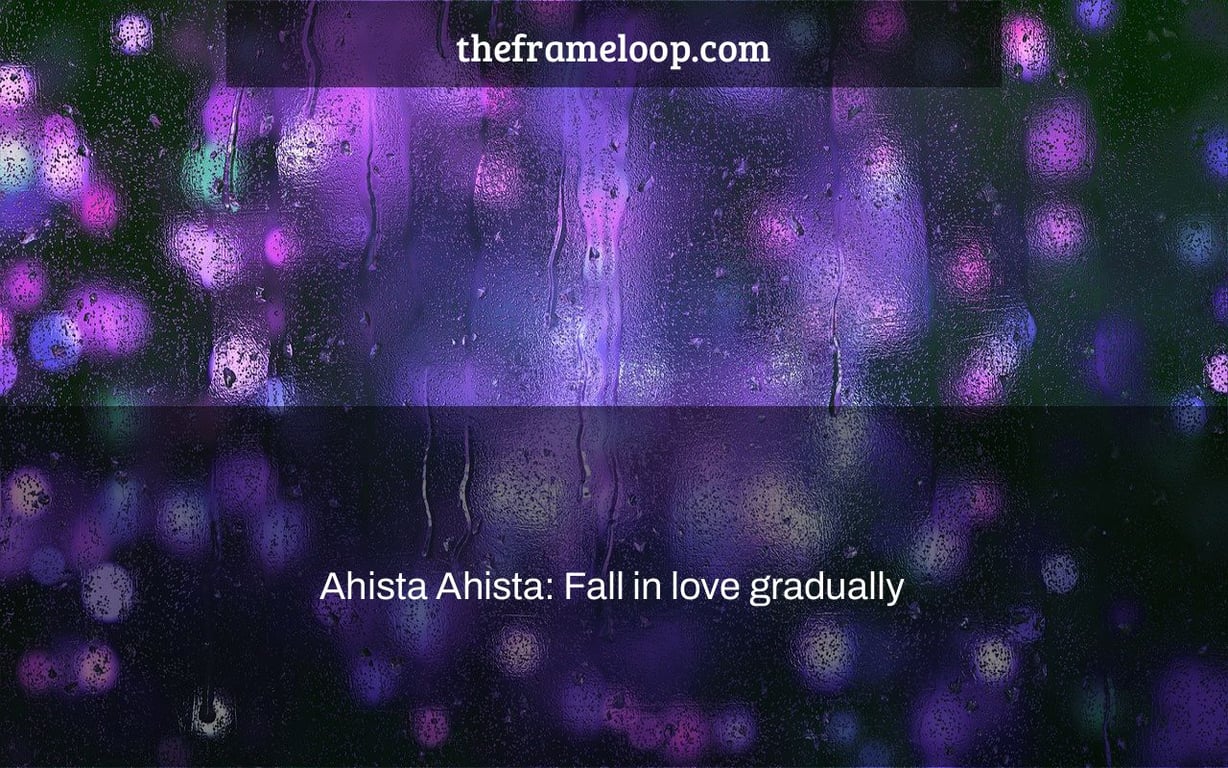 The romantic drama is set in a small town where Ahista and Aadi fall for each other on the first day of their marriage but have to wait 18 years due to an arranged marriage. Over these eighteen years, they experience some extraordinary moments that will make you cry your heart out (or laugh) by this time!

Ahista Ahista is a 1981 story about an Indian man who falls in love gradually. The story follows the protagonist as he falls for a woman, and then for her family, and slowly becomes a member of their community.

Pankaj Sachdeva contributed to this article.

Imtiaz Ali had written an episode of Star Bestsellers called Witness early in his career that had echoes of Fyodor Dostoevsky’s White Nights. Witness was adapted for the big screen by Shivam Nair as Ahista Ahista in 2006, with Imtiaz Ali writing the plot and script. Ankush (Abhay Deol) worked as a hired witness at Delhi’s marriage registry office, and the drama revolved around him. Megha (Soha Ali Khan), who has fled her home in Nainital, arrives at the bureau one day to marry Dheeraj (Shayan Munshi). Dheeraj fails to appear at the registrar’s office for unexplained reasons. Megha is despondent, and Ankush assists her in making a livelihood.

Ankush and Megha develop a bond over time. He begins to have feelings for Megha ahista ahista. He takes out a ten-thousand-rupee loan for her and then chooses to work in a bank in order to settle his debt. He is informed that speaking English is a necessity for the job during his interview, and he vows to learn it. Megha assists him this time by teaching him English. He begins to fantasize of a future with her. Ankush is one of the rare Imtiaz Ali characters that wants to work throughout the day. Ali’s protagonists are trapped in their jobs that bond them, from Aditya in Jab We Met to Ved in Tamasha. They feel compelled to put on a tie. Ankush, on the other hand, wants to work at a bank so that he may leave his nomadic lifestyle. He insists on wearing a tie, and in one moment, he even licks it. 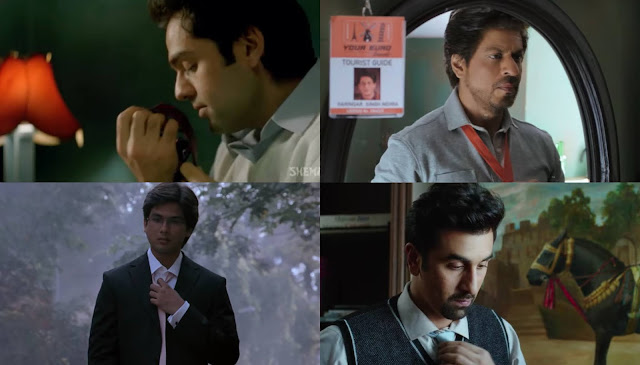 Ankush aspires to advance in life, despite the fact that he is aware of the socioeconomic gaps between him and Megha. When he first brings her to a friend’s house, he tells her straight out that he only assisted her because she was a female. He is honored to assist someone of her prominence. “Tumhare jaise ladki ke saath mera to koi opportunity nahi,” he adds. “Tum toh class wali ladki ho naa,” says the narrator. With someone like her, he had no chance. During his interview at the bank, he emphasizes the importance of the position in terms of social mobility. He aspires to be a dignity-wala aadmi like his interviewers. Megha, Ankush feels, will assist him in getting out of the “gutter.” He is a “mamooli” lad, whereas she is from a higher social level.

Dheeraj, on the other hand, reappears out of nowhere. Ankush does not tell Megha about him, nor does he tell Dheeraj that he knows Megha. He tells Dheeraj that Megha is no longer alive. One of his buddies tells him that if he believes Megha loves him, he shouldn’t be concerned. As a result, he should tell Megha the truth. She had never loved him in the first place if she decided to leave him. Ankush responds that he is not a Hindi cinema hero who would let go of the girl and weep in front of the camera. He’ll put up a fight for her. He gives it his all, but in the end, he understands that his buddy is probably correct. Ankush is open and honest about his emotions. Maybe that’s why Megha didn’t retaliate strongly when she learned about it. She comprehends his motives for lying.

Megha ultimately chooses to be with Dheeraj. Ankush takes it with a great deal of grace once again. Megha had never really loved him, he knew. She had promised to marry as an ehsaan in exchange for his assistance. He had mixed up friendship with love. Unlike Devdas, he does not grow enraged or resentful. He just leaves her life behind. In the last scene of the film, he goes back into the mob and rejoins them. Their narrative began and finished in the same location. It’s a sad ending to Ankush’s love story that he won’t be able to wear the tie, but it’s also reassuring that he’ll be alright. He promises that he will not fail her in life. He recognizes that she has significantly aided him in his life and has had a beneficial impact on him. When they were together, they benefited each other. He had aspired to be a dignified aadmi. He didn’t become a dignity-wala aadmi in the sense of belonging to a wealthy upper-class family, but he did become a dignity-wala aadmi in the sense of walking away with dignity when it was time to let go. There are several ways to fall in love, as well as numerous ways to fall out of love. He chose the road of respectability.

Ankush brings Megha to the Nizamuddin Dargah on the first night of their meeting. This episode is also evocative of Ali’s 2011 film Rockstar, in which Jordan (Ranbir Kapoor) seeks sanctuary in the same location when he has nowhere else to go for a few days. Interestingly, in 2007, Ali directed Jab We Met that also had shades of Ahista Ahista, where Geet (Kareena Kapoor) runs away from her home to marry Anshuman (Tarun Arora), who refuses to marry her. Geet (Shahid Kapoor) is thankful to Aditya (Shahid Kapoor) for helping him grasp the essence of life through a terrible break-up. After Anshuman rejects Geet, he assists her in reclaiming her life. He develops feelings for Geet. When Anshuman returns, though, Geet is eager to forgive him. Unlike Ahista Ahista, however, Geet chooses Aditya over Anshuman. Geet and Aditya visit a hotel in Jab We Met at one point. She tells him that he should not take advantage of her since she is a female. In Ahista Ahista, Megha and Ankush have a similar chat when he brings her to his friend’s house. He assures her that she should not be concerned since he is not seeking a sexual connection in exchange for his assistance. In Jab We Meet, Geet tells Aditya to flush his ex-images girlfriend’s down the toilet. This sequence is also included in Ahista Ahista, when Megha flushes out all of Dheeraj’s photographs after he fails to return. 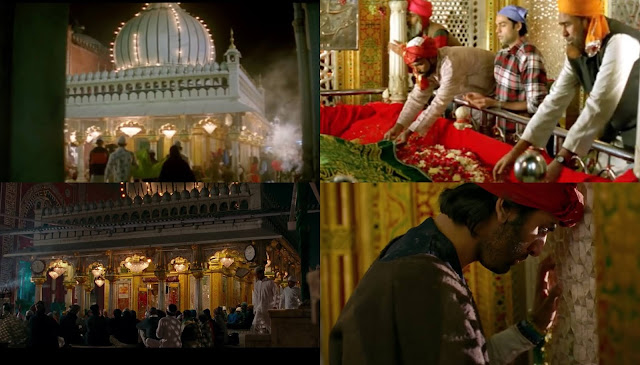 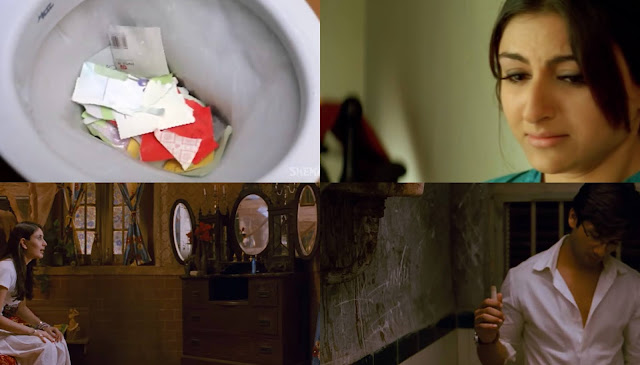 We Met Ahista Ahista and Jab

Ahista Ahista is another Imtiaz Ali film in which women are often placed in risky situations. Megha is trapped in the city by herself. She doesn’t have any money and is stranded. When Geet missed her train, the stationmaster said in Jab We Met, “akeli ladki khuli tijori ki tarah hoti hai.” Veera (Alia Bhatt) is not afraid after being abducted in Highway, and she even gets friends with her abductor. Tara (Deepika Padukone) loses her passport and money in Tamasha and is stranded alone on a remote island in Corsica where no one speaks English. Sejal (Anushka Sharma) goes on a Europe vacation with a guy she doesn’t know in Jab Harry Met Sejal. A intoxicated Zoe (Sara Ali Khan) is left alone in the middle of the night in Delhi following an incident with a man who was attempting to meet up with her in Love Aaj Kal (2020). These might have been perilous situations for another woman, but these ladies have managed to make them memorable (or unforgettable) for themselves.

Flowers appear in Ahista Ahista at several points during the film. The film begins with a toddler presenting flowers to a newlywed couple. Megha is later seen seated in a beautiful location surrounded by flowers. Ankush sends Megha a bunch of roses at the conclusion of the movie, but she refuses to accept them since Dheeraj is with her. The film also features a lot of Delhi. Qutub Minar, Nizamuddin, Red Fort, and Connaught Place are all featured prominently in the film. Ankush speaks with Khala (Kamini Khanna) in one gorgeous sequence, and the camera pans to show the majestic Jama Masjid in the backdrop.

Some parts didn’t function for me and now look to be out of date. The scenes with Ankush and Khala irritate me. Brijendra Kala’s portrayal as the phone booth owner, who is just interested in sex, seemed out of place. In contrast to the characters in the episode Witness, Abhay Deol seems significantly more intelligent than his character Ankush. He doesn’t look like the mamooli person. That might be due to the fact that I saw the picture fifteen years later, unconsciously influenced by his image in his filmography, where he has portrayed off-beat smart characters.

The film has several well-executed sequences. When Ankush arrives to see Megha at the old-age home, there is a drama. They must act as though they had never met before. As a result, they communicate via an older person seated between them, which is adorable. Then they share their first kiss, which is uncomfortable at first but realistic. It occurs all the time and isn’t a big issue. I really like the way Ankush expressed his sentiments to the Father (Sohrab Ardeshir). But the most unforgettable event for me was when he asked a dua for Megha at the Nizamuddin Dargah. Despite the fact that he does not know her, he prays for her. He is praying for a stranger, and it is a lovely moment. “Aawan ankhiyan, jaawan ankhiyan, hijra mein tere saawan ankhiyan,” sings Irshad Kamil in his qawwali Aawan Ankhiya. The poet’s gaze is drawn to the lover. Due of his separation from the beloved, his eyes got wet in tears, like the rain. “Aaoge jab tum, O Saajana,” Kamil writes in Jab We Met. “Barsega saawan jhoom jhoom ke, angana phool khilenge.” The flowers will bloom and the rain will fall down when the lover returns. Words are often identical, yet the feelings they may elicit are very different. That is how they gradually make us fall in love with them. Ahista, Ahista, Ahista, Ahista, Ahista, Ah

Imitiaz Imitiaz Imitiaz Imitia Ali directed Highway, an episode of Rishtey that presented the tale of an aristocratic girl who was kidnapped soon before her wedding and subsequently grew connected to her abductor. Ali created Highway in 2014 with the same premise as his Rishtey episode. Ali had hoped to make his directorial debut with Highway, but things didn’t work out. Even though he had the story ready since the early 2000s, he didn’t make the film until much later.

2. In Ahista Ahista, there is a billboard of Shakti Samanta’s Jaane-Anjaane.

4. In Sajid Ali’s Laila Majnu, the song Aahista, there was a lyric that said, “Mere hona aahista aahista.” Irshad Kamil wrote the lyrics for Ahista Ahista and Laila Majnu.

[See the author’s blog for more of his work.]

The “ahista ahista bachna ae haseeno” is an Indian romantic drama, which tells the story of two teenagers who fall in love gradually. The film stars Saqib Saleem and Parineeti Chopra.