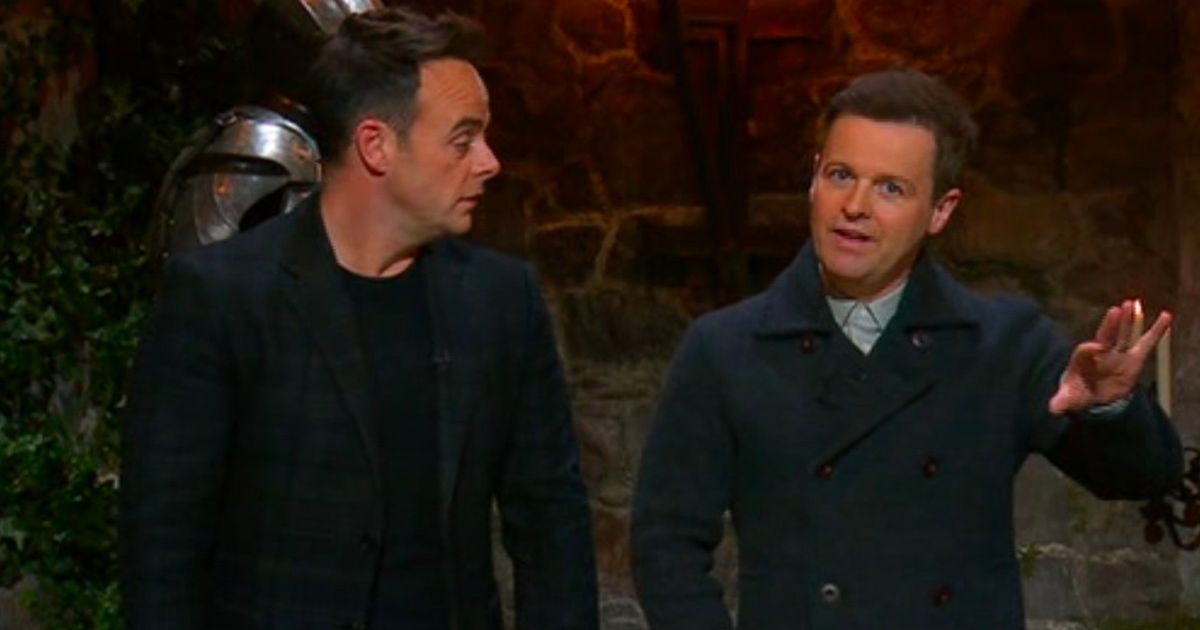 I’m a Celeb: Dec jokes three stars have ‘walked out’ of camp

Dec Donnelly appeared to mock earlier reports that three I’m A Celebrity stars were at risk of quitting the series, as he teased a mass “walkout” on the show on Friday.

The host “alarmed” his co-presenter Ant McPartlin in a jokey segment, as he claimed three stars had “walked out of camp”.

It came just hours after reports claimed that ITV bosses were worried about three campmates quitting the show, following the departure of Richard Madeley this week.

After feeling unwell overnight, the decision was made to take the Good Morning Britain host to hospital as a precaution.

But due to the strict Covid regulations and rules with the ITV series, Richard is now not able to return.

According to The Sun, there has since been concern for three other stars including Arlene Phillips, Frankie Bridge and Naughty Boy, with them all said to have sought medical treatment while in Gwrych Castle.

Former Strictly judge Arlene is said to be on pain killers for ‘chronic pain’, while Frankie apparently had medical treatment after developing a rash.

Producer Naughty Boy, 36, is said to be having a ‘tough time’ due to being away from his mother, who has dementia, and has sought counselling according to the publication.

The host alarmed his co-presenter Ant McPartlin in a jokey segment, as he claimed three stars had “walked out of camp”
(

Now, Dec appeared to mock these reports on the show, after an ITV spokesperson told The Mirror: “The health and safety of our campmates is our priority.”

Detailing the latest challenge to viewers, Dec claimed three stars had walked out of camp.

As Ant questioned what he meant, Dec seemed amused as he then explained Danny Miller, Matty Lee and Snoochie Shy had left the camp, but only for the latest Castle Coins Challenge.

Dec had said: “Now back to yesterday when Snoochie, Danny and Matty,” before pausing, and then adding: “Walked out of camp.”

Ant shouted back: “What? Ah, we’ve already lost Richard! Naughty Boy’s on the edge every day, and now these three are off?”

Dec responded: “No, they’re not off off. They left camp for a special challenge,” with Ant feigning relief.