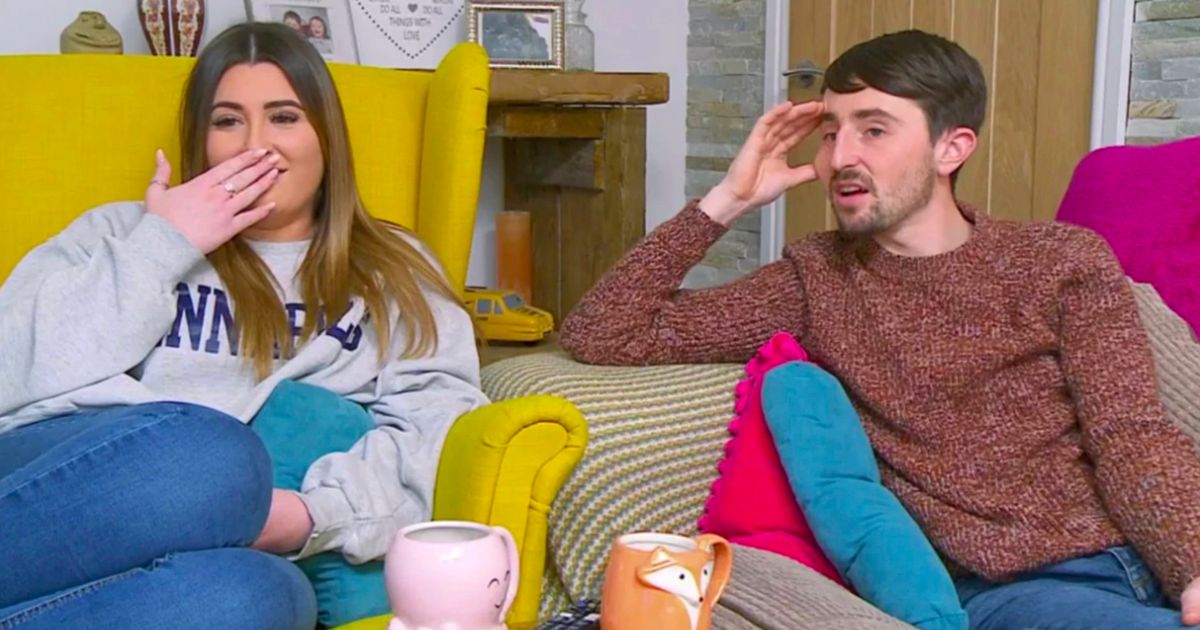 Boris Johnson mixes up his notes in CBI keynote speech

The cast of Gogglebox were left open mouthed and horrified as they watched Prime Minister Boris Johnson deliver his now infamous speech to the Confederation of British Industry on Tuesday – where he referenced Peppa Pig multiple times.

The participants of the hit Channel 4 show were shown covering their eyes and exclaiming in disbelief as the PM delivered his speech – which has been lampooned from all sides of the political aisles.

The cast were treated to highlights of the speech as they tuned into Monday night’s edition of Newsnight which dissected and analysed Boris Johnson’s speech.

But neither the cast of the show, nor viewers watching along at home, had anything good to say about the Prime Minister’s performance.

Newsnight host Emily Maitlis was shown saying: “There are many ways to make a memorable speech.

“Boris Johnson showed us a variety of them in his address to the CBI.”

There then followed the now infamous footage of the Prime Minister blundering his way through a speech in front of business leaders – who looked unimpressed as he lost his place and repeatedly praised Peppa Pig World.

The Gogglebox cast looked on in horror as the Prime Minister blustered his way through his speech and rifled through his notes, which appeared to have gone out of order.

Friends Jenny Newby and Lee Riley looked aghast as they watched the chaos unfold – with Lee gasping: “What is he doing?”

Siblings Pete and Sophie Sandiford covered their eyes as the speech trundled on, with Sophie branding the performance: “Toe curling”.

Pete was astonished when the PM then began preaching the benefits of Peppa Pig World – while Jenny asked aloud: “Are you alright, Boris?”

During his speech, the Prime Minister said:”I love it. Peppa Pig World is very much my kind of place.

“It has very safe streets, discipline in schools, heavy emphasis on new mass transit systems – even if they are a bit stereotypical about Daddy Pig.”

But the speech went down as successfully with the Gogglebox cast as it did with the stone-faced business leaders who had the company of the PM.

Recent Gogglebox additions Ronnie and Annie looked gobsmacked, with Annie exclaiming: “This is the Prime Minister! This is the man who is running our country! Look!”

While Pete laughed: “He’s made a pigs ear of that speech!”

Viewers were equally aghast with many taking to Twitter to agree with the Gogglebox stars – with one tweeting: “Just put Gogglebox and I’m lost for words.”

However it wasn’t just the Prime Minister who got roasted by the Gogglebox cast – as married couple Giles Wood and Mary Killen took aim at the credits of Newsnight.

The long-running BBC politics and news review show has been on the air since 1980 with the current opening credits playing glum music and showing the letter “N” being lit up in purple and blue colours.

While an exasperated Giles concurred, adding: “I don’t think the music has changed for decades.”

The Prime Minister, his wife Carrie, and their son Wilfred enjoyed a trip to Peppa Pig World recently
(

Meanwhile, a spokesperson for Peppa Pig World declared last week that they were thrilled by the Prime Ministers speech – which highlighted the fact that the cartoon pig generates billions of pounds for the UK and is a global icon.

They told the Spectator: ‘We were delighted the Prime Minister devoted so much of his speech to us.

“We did have an opportunity to speak to the family before they left, when Mr Johnson and his wife were highly complimentary about their experience and expressed their wish to return as a family to Paultons Park in future.”