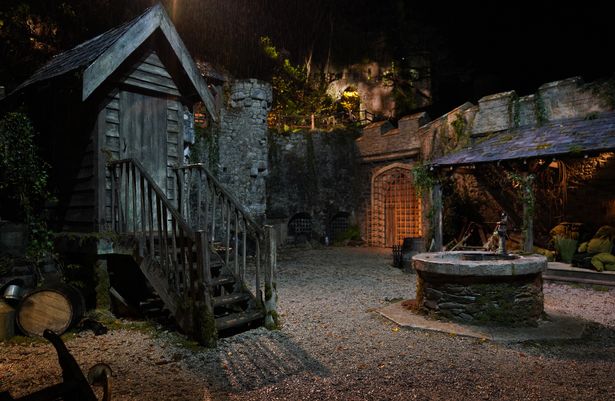 Bushtucker Trials are no more this year – and will instead be replaced by a terrifying equivalent at night.

I’m A Celebrity campmates this year won’t get the chance to lounge around in the humid Australian jungle, but will instead be left shivering in North Wales’ eerie Gwrych Castle.

The traditional campfire will be inside the stone ruins of the castle, which will become their living quarters this year and will also be the place where hosts And and Dec announce which unlucky celeb will be doing the trials.

As the live show will air in the evening this year on set, which would usually be morning time in Australia, the Trials will take place at night.

Gould also revealed that, in doing so, it would mean that the celebs could be up until around 2 or 3 in the morning.

He added: “The trials are going to happen after the live show at night so the day has been flipped. The trials happen at the end of the day and whatever food they have won will be brought pretty swiftly into camp. Trials will happen in places including the dungeons and the crypt.”

And the celebrities won’t get any respite once the Trials are done when they return to their unheated, cemetery-like bedroom.

Even crew working on set have admitted that it is even colder than they had expected ahead of the celebs’ appearance on the show as temperatures plummet to 11C.

To combat the freezing cold, the material on the beds is thicker than those in Australia and the celebs will be provided with an extra layer of clothing.

* I’m A Celebrity returns on Sunday at 9pm on ITV