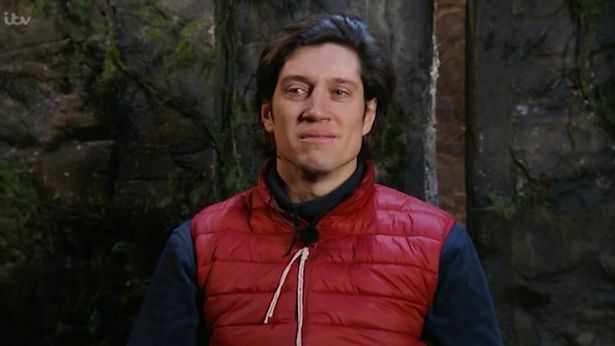 Vernon Kay showed “gesture of regret” over Friday night’s live I’m A Celebrity…Get Me Out Of Here! final.

The telly presenter, 46, came in third place on the hit ITV show, with Radio 1 DJ Jordan North narrowly missing out on the crown to Giovanna Fletcher.

As hosts Ant McPartlin and Declan Donnelly announced Vernon’s name in third place, Vernon – who is married to Tess Daly – gave his best gracious defeated face to the camera.

But it seems as though his facial expressions gave his inner feelings away a little more than he’d hoped.

Body language expert and author Judi James told The Mirror: “Even TV veteran Vernon almost got away with his assertion that he was ‘ecstatic’ coming third.”

Judi added: “They all used the clichés of being ‘friends for life’ but some of the mini-feuds in there, like AJ and Shane’s power-spat over the washing up, might have emerged in some signals of resentment or dislike.

“But all we got were rows of grinning faces on Skype, suggesting the celebs might have scattered off home rather than waiting for the final as is the tradition in I’m A Celeb.”