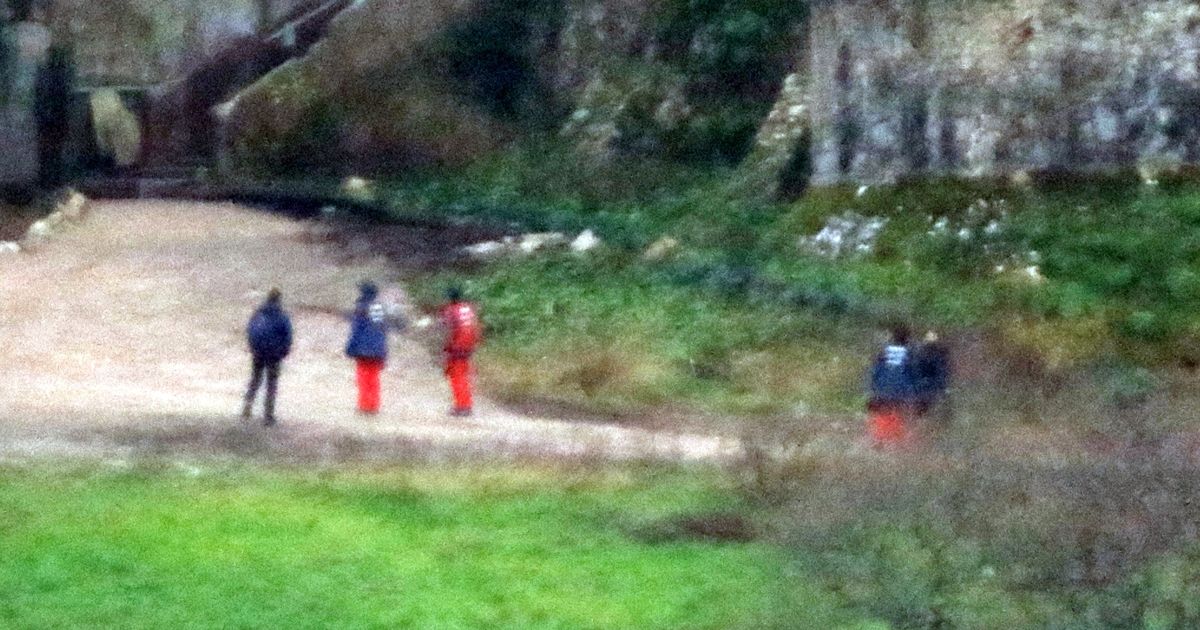 At least five I’m A Celebrity…Get Me Out Of Here! stars were spotted outside the castle. Under the strict rules, contestants are usually forbidden to leave camp

Several I’m A Celebrity…Get Me Out Of Here! campmates have been pictured taking a walk outside the castle over the weekend.

Under the rules of the ITV show it is forbidden for celebrities to leave the camp, which is in the grounds of Gwrych Castle in Wales again this year.

But at least five people were spotted wearing the distinctive red and blue I’m A Celeb outfits outside the castle walls.

From the photos it is unclear which celebs they are as the images are too blurry to see anyone’s faces.

It is thought they could have been led outside by crew members directing them to take part in a Bushtucker Trial, although this hasn’t been confirmed.

Several campmates were spotted outside the I’m A Celeb castle
(

This year’s I’m A Celebrity… Get Me Out Of Here! has already come under fire for being “too soft” on contestants.

Simon was forced to confess after football legend David Ginola tasted the illicit seasoning in the camp’s sausage dinner.

It is against the rules for celebs to bring any extra items on to the show with them.

But ITV chiefs have confirmed that Simon will not be punished despite 33 other celebrity items being removed from camp.

Under the strict rules celebs are usually forbidden from leaving camp
(

Ex-EastEnders star Dean Gaffney says bosses should have punished Simon after his salt smuggling was exposed.

Dean starred in the 2006 series, which was filmed in Australia, alongside Jason Donovan, Myleene Klass and Busted singer Matt Willis, who was crowned King of the Jungle that year.

But the 43-year-old former soap star said life for celebrities in the castle is “easy” compared to what he had to go through.

“In Australia, it’s a very different vehicle to what they’re doing now in North Wales,” he said.

The 2021 series has also been dogged with a host of issues since it went on air on November 21.

Storm Arwen swept through the Welsh castle causing up to £1million worth of damage to the set and pulling the show off air for three days.

Then one of this year’s biggest stars Richard Madeley was forced to quit the show on health grounds.

The 65-year-old Good Morning Britain host explained his shock exit from the show, saying: “I just had a funny little turn.

“ITV are so good with duty of care and were adamant they had to make sure I was OK. I was given really thorough checks and had a completely clean bill of health.

“No matter what you might have read, I’m absolutely fine. It’s a Covid situation – if it wasn’t for that I’d be back there eating rice and beans.”

Unfortunately for Richard, going to hospital meant that he broke ITV’s Covid bubble policy so couldn’t return to camp.

*I’m A Celebrity…Get Me Out Of Here! is ITV at 9pm