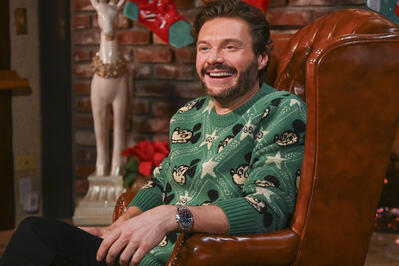 Remember forever ago (April) when Disney and ABC gave us some quarantine cheer by recruiting a bunch of celebrities to sing classic Disney songs to us via our televisions with The Disney Family Singalong? It’s hard to believe that also happened in 2020, the longest year in recorded history, but seven months later we’re getting another treat! On Monday, Nov. 30, ABC will air The Disney Holiday Singalong, which will bring together household names to sing classic holiday tunes.

How can you get your holiday cheer on with these celebs and belt your way through some classic holiday tunes? The special airs Monday, Nov. 30 at 8 p.m. ET for linear TV viewers. You can also check it out live on ABC.com with a cable subscription (Or any live TV streaming service like Hulu with Live TV, YouTube TV, Sling, etc. that carries ABC). For next day viewers, you can catch the special on ABC on demand or on Hulu.