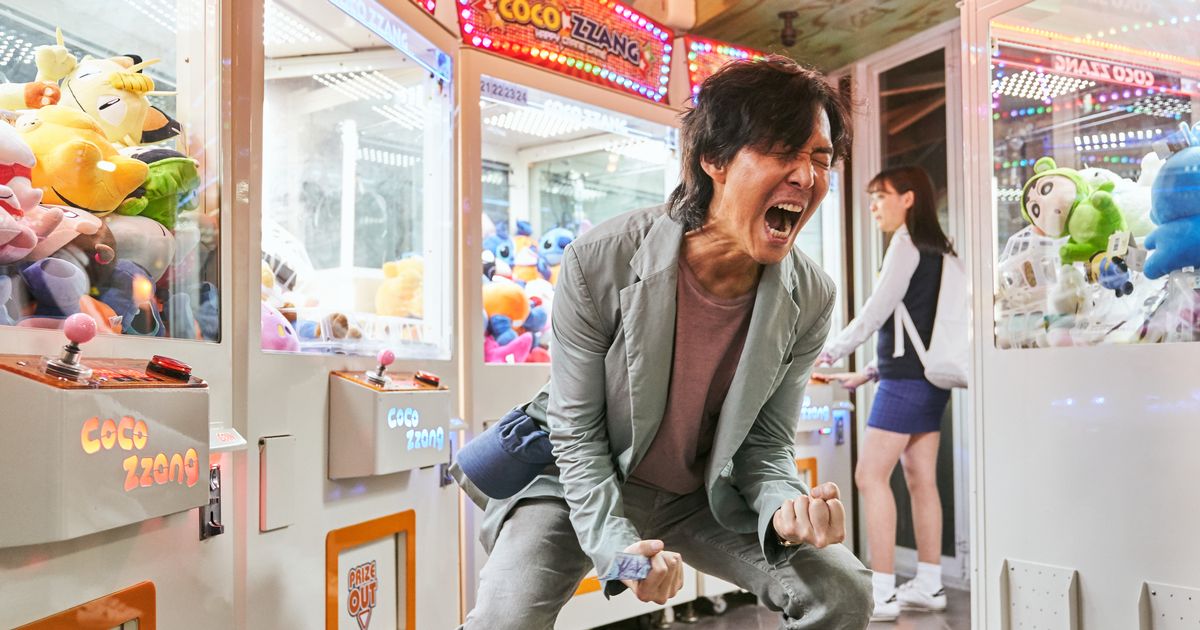 *Warning contains spoilers* Netflix’s Korean survival series Squid Game is set to become the streaming platform’s most-watched show, but creator Hwang Dong-hyuk has revealed he spent more than a decade trying to get his idea made

The dystopian Korean survival series in which down-and-out players need to win a kid’s game or die is fast becoming Netflix’s most popular export.

However, fans are lucky the show saw the light of day as creator Hwang Dong-hyuk says it took him a whopping 10 years just to get the thing made.

Speaking to The Korea Times, Hwang revealed that he actually came up with the idea for the series in 2008.

“I came up with which games to use in the story about 10 years ago,” he said.

“And it was, to begin with, the red light, green light game that makes a big impact with shocking mass death.”

Squid Game is about to break all records on Netflix

Viewers of the show will remember the terrifying 10-foot doll in red light, green light, whose laser-beam eyes quickly separate the wheat from the chaff.

Despite coming up with the intriguing idea, Hwang put the project on hold because he felt it would be too far-fetched for viewers to believe.

However as the world began to change in ways in which he says violent survival stories were “actually welcomed” Hwang felt the time was right to let the games begin.

“People commented on how the series is relevant to real life,” he said.

Fans have commented on how the series compares to real life

“Sadly, the world has changed in that direction. The series’ games that participants go crazy over align with people’s desires to hit the jackpot with things like cryptocurrency, real estate and stocks.

“So many people have been able to empathise with the story.”

All of the players in Squid Game are cash-strapped for various reasons.

Most are suffering with crippling debt while others simply want to make a better life for themselves.

The dolls have eyes
(

While the games themselves are obviously harrowing – honeycomb, anyone? It’s the moments in between that really pull on the heartstrings.

The ‘harmless’ old man, who appears to be losing his marbles in his final game gives one of the series’ most touching scenes, despite what happens in the end.

Then there’s poor Ali, so cruelly duped by Cho Sang-Woo, who ends up paying the ultimate price for his betrayal.

Of course it was perhaps inevitable that Seong Gi-hun would be the victor, but why didn’t he get on the plane?

The curious ending has set the scene nicely for a second series, but fans may have to wait a while to see their favourite character again.

Netflix has not yet renewed Squid Game for season 2 yet, but with such a hit on their hands it seems more than likely they will.

However Hwang has said he has no clear plan for a new series, but has hinted at one possible storyline.

Speaking to Forbes he said one line of enquiry may be to follow the story of the frontman (the former cop in charge of the games.)

Speaking of the level of corruption in the world Hwang said:” I think the issue with police officers is not just an issue in Korea. I see it on the global news.

“This was an issue that I wanted to raise. Maybe in season two I can talk about this more.”

A second series of Squid Game may focus on the frontman

Fans of course have their own theories about which way the new series will go, including digger deeper into the relationship between Seong Gi-hun and Oh Il-nam.

Many viewers believe the old man is actually the hapless gambler’s father after a number of clues were dropped.

The first hint comes in episode 3 after Il-nam overhears Gi-hun telling one of the workers that he can’t drink normal milk because he was allergic to it as a child.

Gi-hun replies, “How did you know?” To which Il-nam answers: “My son did too, he was just like you, friend.”

Another clue comes in episode 6, as Il-nam begins to meander through the Korean district that has been built in the arena for the marble game.

Looking around, he says, “You know, when I was a kid, I lived in a neighbourhood just like this.”

Gi-hun then reveals that he did too, saying: “And you know something? Our alleyway looked very similar.”

Whatever their relationship, the pair provided some of the most standout moments of the show.

With its horror, humour and downright jaw-dropping visuals, let’s hope we don’t have to wait another 10 years for Squid Game to begin again.