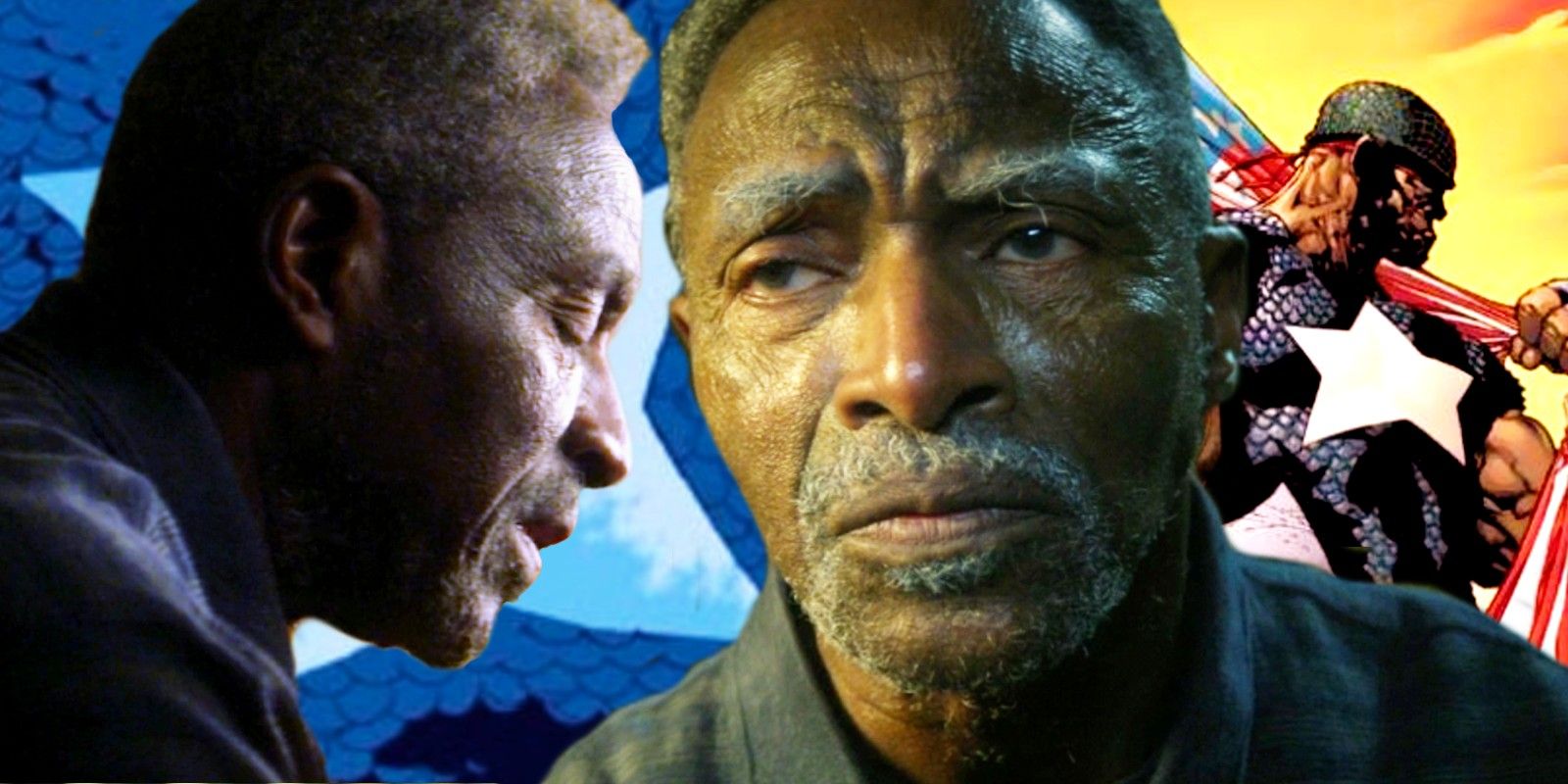 There are more considerations here, of course, and looking back to Bucky’s past prior to his reprogramming as the Winter Soldier. When he was taken as a POW during World War II, Bucky was given Arnim Zola’s variant serum that gave him super powers but with the caveat that he was still able to lose his arm in the fall that Cap thought had killed him. That suggests a weakness in variant serums, even though the Winter Soldier was able to stand toe-to-toe with Steve Rogers in a fight in Captain America: The Winter Soldier. Bradley also reveals in episode 2 that he beat Bucky so badly that his original arm was partly smashed and the formidable assassin was forced to retreat. Clearly, if Bradley’s serum variant had weaknesses, they didn’t compromise his strength.

In the comics, Bradley’s powers are more concisely mapped out. Truth: Red, White & Black, which forms a fairly close foundation for his character history in the The Falcon & The Winter Soldier, reveals that he was capable of lifting 800lbs and running 30mph. On top of that, he could withstand falling around 100ft, had a boosted healing factor, and could exert himself for an hour without fatigue. MCU Bradley appears stronger, given the feat with the tin and the history of beating Bucky, but whether he could match Steve Rogers’ own feats of strength, like holding a helicopter back and lifting a several-ton steel beam in The Winter Soldier is less clear. What is established in The Falcon & The Winter Soldier is that Isaiah Bradley was a formidable enough opponent to scare Bucky, to liberate an entire POW camp single-handedly and to ensure unspeakable, inhumane oppression in captivity over three decades. alongside the emotional turmoil of being torn from the love of his life. That much took more power than Steve was ever forced to show in the MCU.