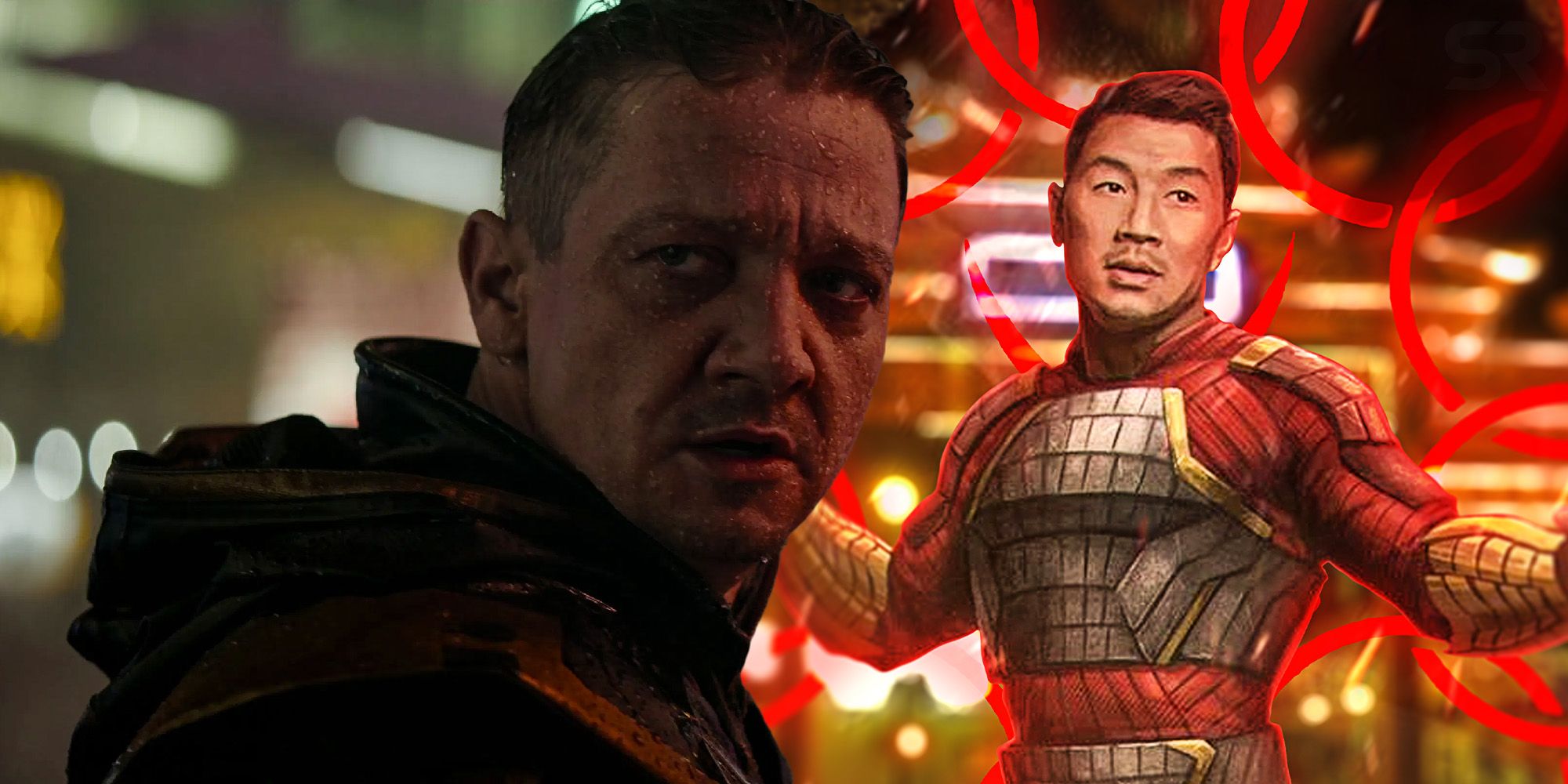 Marvel Studios could connect the Hawkeye Disney+ show to Shang-Chi and The Legend of the Ten Rings. Jeremy Renner has played Clint Barton in the Marvel Cinematic Universe for the last decade, but he is only now getting a solo project. The Hawkeye TV series will give him a starring role that expands Clint’s story in several ways. The show will dive deeper into his personal life and see him train Kate Bishop (Hailee Steinfeld) to be the MCU’s new Hawkeye.

As it currently stands, Hawkeye‘s connections to other upcoming MCU projects are limited. However, one film that it could be tied to potentially is Shang-Chi. The new potential Marvel franchise will see Simu Liu star as the Master of Kung Fu. Despite no confirmed MCU cameos, Shang-Chi will build off the MCU’s past using the Ten Rings organization and introduction of the real Mandarin (Tony Leung). Plot details are not confirmed, but what little we do know about Shang-Chi opens the door for Hawkeye to include some connections.

One of the new characters Hawkeye will bring from the comics to the MCU is Jack Duquesne aka Swordsman. He trained Clint as a child in the comics and is now confirmed to be part of the Disney+ series, with Tony Dalton playing him. Swordsman has a long-running story in the pages of Marvel comics and was even an Avenger for some time. But, this all started because of the Mandarin. He recruited Swordsman to be a mole inside the Avengers to try and make it easier to take down Iron Man. This included Mandarin creating Duquesne’s powerful sword, making him an even more formidable wannabe hero. It is possible that Hawkeye could reveal a similar history between Swordsman and Mandarin in the MCU.

Even if Swordsman and Mandarin do not directly connect in Hawkeye, the show could still build off Shang-Chi through Clint and Kate’s new adventure. The series takes heavy inspiration from Matt Fraction’s run in the comics, which featured the sharpshooters repeatedly infuriating prominent criminal organizations. While Mandarin and the Ten Rings are not part of that, they very well could be in the MCU. If the Ten Rings are going to become more prominent in the MCU moving forward, establishing that they have some presence in America – and specifically in New York – could go a long way.

Hawkeye’s run-ins with the Ten Rings might even predate the main events of the show. The series will explore his time as Ronin during the five-year time jump in Avengers: Endgame. The movie only briefly showed him taking down Yakuza members, but it also references him eliminating cartels. Barton’s vengeful missions take place worldwide, and there were surely more than just these two incidents. Barton might have unknowingly made a recurring enemy during this time if he took out some members of the Ten Rings.

Any of these possible scenarios give Hawkeye a chance to connect to another Phase 4 property. The show is expected to tie to Black Widow in some way with the appearance of Yelena Belova (Florence Pugh), but it is unclear how this will happen. Connecting Hawkeye to Shang-Chi (and/or Black Widow) gives the MCU a chance to link some of its more grounded Phase 4 properties at a time when most have multiverse implications. Hawkeye has always been meant to arrive before Shang-Chi, and it will do just that, barring another Phase 4 reshuffling. So, these potential ties might have been part of Marvel’s plans from the start.