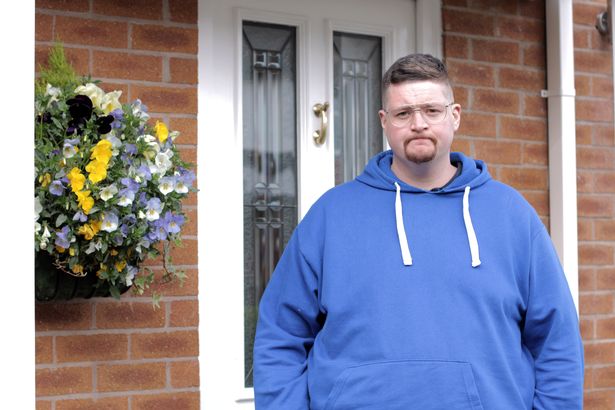 Hollyoaks has created a series of five short films to demonstrate the impact the soap has had on its real life viewers – including one whose life was saved from suicide in Hollyoaks IRL, Stopping my Suicide.

Mental health awareness activist John Junior, 32, is from Wilmslow, Cheshire, and travels up and down the country campaigning for better mental health services.

By chance, they switched Hollyoaks on in 2020 during the episode where Kyle Kelly tragically takes his own life during his depression battle.

At the time, John Junior was also planning to take their own life after battling depression since they were just 11 years old.

Seeing this and the following heartbreak as Kyle’s fiancee Nancy (Jessica Fox) and his best friend Darren Osbourne (Ashley Taylor Dawson) struggled to come to terms with his death, made John Junior realise they could not go through with it.

For anyone else struggling, John Junior recommends writing down how you feel, speaking to friends, family or The Samaritans, and listening and reaching out to anyone you are concerned about.

Speaking about how their life has been transformed in the last year, John Junior said: “I feel better in myseIf, I feel like a new person, I feel absolutely incredible.

If you’re struggling and need to talk, the Samaritans operate a free helpline open 24/7 on 116 123. Alternatively, you can email [email protected] or visit their site to find your local branch.