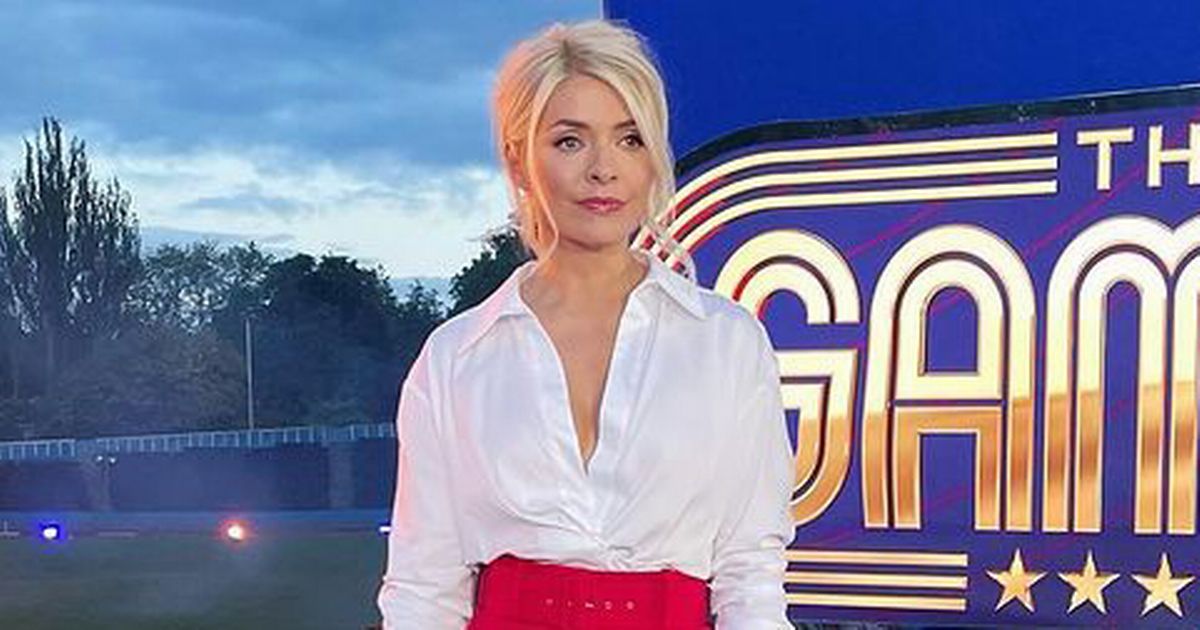 Holly Willoughby wowed in a daring outfit as she hosted The Games tonight.

The This Morning presenter has been taking the helm of the ITV evening show all week alongside Freddie Flintoff, as 12 celebrities take on some of the biggest sporting challenges of their lives including javelin and hurdles.

Taking to Instagram, Holly showed off her incredible outfit which featured an open white shirt and tailored red trousers.

“Join me and @aflintoff11 and @yungfilly tonight at 9pm on ITV1 for @thegamestv #hwstyle shirt @gauge81_ trousers @emiliawickstead heels @giuseppezanotti,” she captioned the post and her fans rushed to the comments to praise her choice.

One fan wrote: “This outfit is gorgeous,” as another added: “Holly you look absolutely stunning beautiful.”

Her and co-host Freddie jumped into the pool
(

A third wrote: “Love this outfit it is gorgeous just like you are hollywilloughby I hope you are OK and you are an amazing presenter xx.”

“Not normally into sports, but I’m hooked on this, you and Freddie are so good together on this xx,” a fourth added, as they praised the programme, which has aired all week on ITV in the coveted 9pm slot.

However, the show hasn’t been without its controversy as the show was recently claimed to be a ‘fix’ by some fans, who said the javelin throws should have been disallowed as they were fouls.

Some fans took to Twitter to vent their anger as they believed both Christine and Phoenix’s throws were fouled and that they landed tail first rather than tip first, as it would have required to be to make it a legitimate throw.

” #TheGames … #Womens #Javelin… The GOOD thing about TV is that ‘We’ could ALL see that #Phoenix ‘ 2nd throw clearly landed Tail-First. #FIX!! Or #WOT!!” one angry fan fumed on Twitter.

A second added: “I don’t get why they’re trying to fix leader boards. Both Christine and Phoenix throws were illegal. The back hit before the tip #TheGames,” with a third writing: “javelin, interesting change of rules as the competition went on as to what scored.”

*The Games continues on Friday at 9pm on ITV.