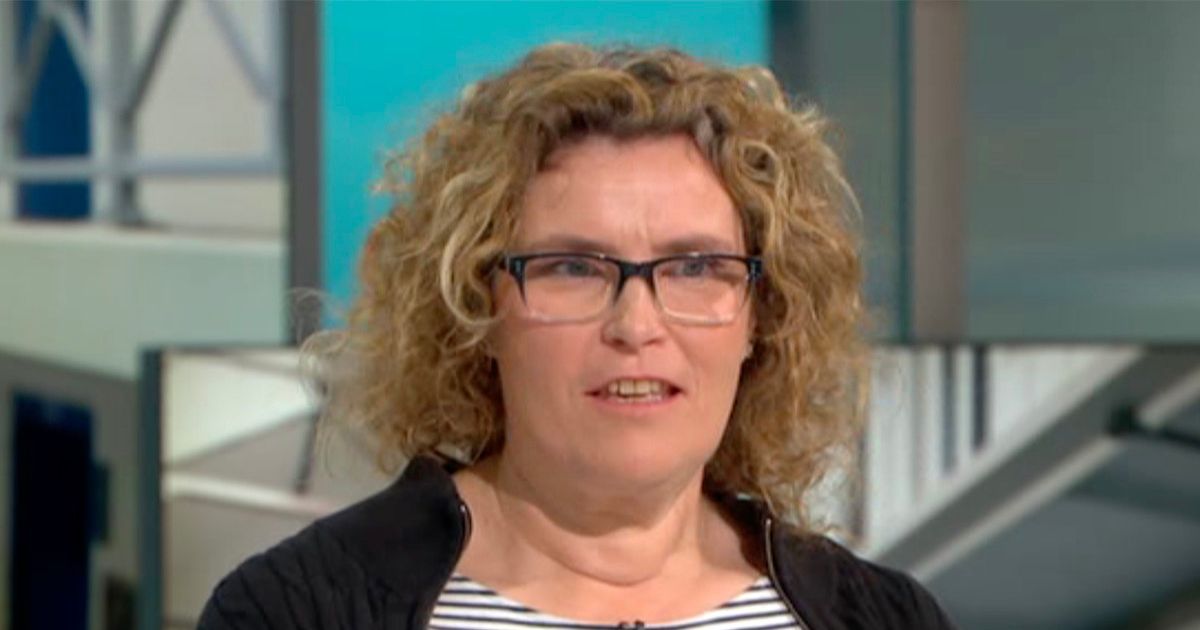 GMB guest believes prisoners should be allowed to marry

Three years after he was jailed, he was convicted of the 2002 murder of 13-year-old schoolgirl Milly Dowler.

Despite his horrific crimes, Bellfield is engaged to a “besotted prison visitor” and is said to want to wed her behind bars.

The news of his wedding plans has sparked disgust across the UK, with Justice Minister Victoria Atkins branding it “absolutely appalling”.

Heike Phelan, who is wed to a Texan prisoner, defended the idea of marrying behind bars

The 53-year-old wed Texan William Matthew Schiffert, 53, behind bars where he is serving a 75-year sentence after being found guilty as a “party to murder”.

Joining fellow guest Jerry Hayes, a criminal barrister, on the ITV show, Heike said: “I think it’s really dangerous when you start mixing up someone’s personal life with what they’ve been put in prison for.

Levi Bellfield is engaged to an amorous visitor
(

“Once they’ve been convicted, that is supposed to be the punishment – their loss of freedom from society for a period of time. That’s not meant to say, ‘Oh, right, you are a non-person now, you’re not entitled to anything. All you can do is breathe.'”

“I can’t speak for them on that side,” she replied. “And I understand that.”

Criminal barrister Jerry said: “I think most viewers would say, ‘This is really creepy, it’s almost ghoulish. How can anyone have a relationship with someone’ – how often did you meet him?”

Kate Garraway quizzed Heike on how victims would feel
(

As he turned to Heike, she replied “many times”, later explaining that that was “four or five times a year”.

“You say you’re close,” he continued. “But people just think, ‘Why?! What attracted you to this man?'”

Ben interjected, diplomatically saying that some would suggest that it is about the “rights” of the prisoner to be able to get married and have an opportunity to fall in love.

Heike suggested prisoners could be ‘rehabilitated’ through marriage
(

But Heike suggested that prisoners could be “rehabilitated” after marrying someone in prison.

“Everyone has people in their lives before they commit these crimes or whatever they do,” she said. “It’s a huge mistake to start saying, ‘That’s the end of all your personal relationships.’ Because statistics and studies have shown that within two years of incarceration, close family and friends fall away.

“But they’ve shown these are the most important things to keep going to ensure rehabilitation and coming out in the future. And there’s the other side of it – if somebody doesn’t have something to value in life, prisons are very dangerous places and someone with nothing to lose is a very dangerous person.”

One tweeted: “NO it’s REALLY Dangerous Marrying A Murderer you stupid person #GMB.”

While another fumed: “What? There aren’t enough normal men in the world to marry? This woman needs her head testing. Anyone who would want to marry a murdering monster needs serious psychological help.”

“This woman, wtf, she’s not even thinking of any victims in a crime…,” another pointed out.