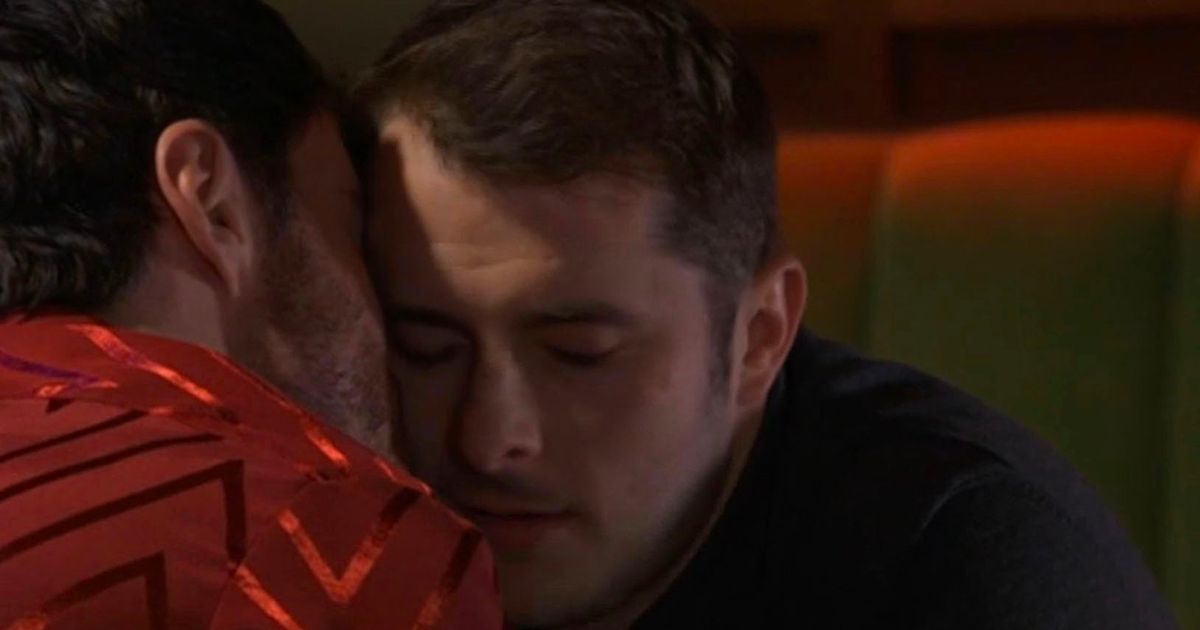 EastEnders fans have been left sickened as Ben cheated on Callum with Lewis, as the bartender manipulates Ben and gets closer to him ahead of the horrifying rape storyline

Lewis gets close to Ben ahead of horrifying rape storyline

EastEnders fans have been left sickened as Ben Mitchell was manipulated by Lewis ahead of a horrifying rape storyline.

The BBC One soap is set to air a tragic storyline for Ben (Max Bowden) as bartender Lewis takes advantage of him and manipulates him right under Callum’s nose, leaving him heartbroken.

In tonight’s episode, the pair kissed as a horrified Callum watched on and fans are devastated by the scenes, especially as they know what is coming up – a terrifying rape storyline for Ben.

“I love Ben because I understand the complexities of his character, however let’s not justify that kiss Lewis initiated it however Ben still kissed back. # EastEnders #Ballum,” one fan wrote.

As another added: “Upcoming storyline aside – right now I do NOT feel sorry for Ben. Right now I strongly believe Callum could do and deserves better. The pain in his eyes seeing that kiss just hurt to watch. #EastEnders.”

Others were left fuming at Ben for what he had done.

“Yep I get Ben was drunk but his hurt Callum that’s way out off order #EastEnders #Ballum,” one fan wrote, whilst another added: “Ben is trash. Not a Callum fan either but I did feel sorry for him seeing that #eastenders.”

One viewer shared: “Feel so bad for Callum, just wanna give him the biggest hug. #EastEnders.”

Max has previously opened up about the tough storyline.

Callum was devastated by what he saw
(

“Alongside some wonderful charities, and some very inspirational survivors of male sexual assault in the UK, I think we’ve been able to really strive to tell the most truthful account we can, and I hope we can raise awareness and understanding on a topic that is rarely covered,” he said as he spoke about the importance of the storyline.

BBC head of continuing drama Kate Oates added: ” Ben finds Lewis attractive, and thinks of him as a someone who can understand him in a way Callum does not; but that trust is abused when Lewis crosses a line and rapes Ben.

“Through this story, we hope to explore issues of consent, sexual identity, masculinity, and sexual assault, focusing on how this fateful night impacts Ben and those who love him over the coming months.”

*If you’ve been the victim of sexual assault, you can access help and resources via www.rapecrisis.org.uk or calling the national telephone helpline on 0808 802 9999