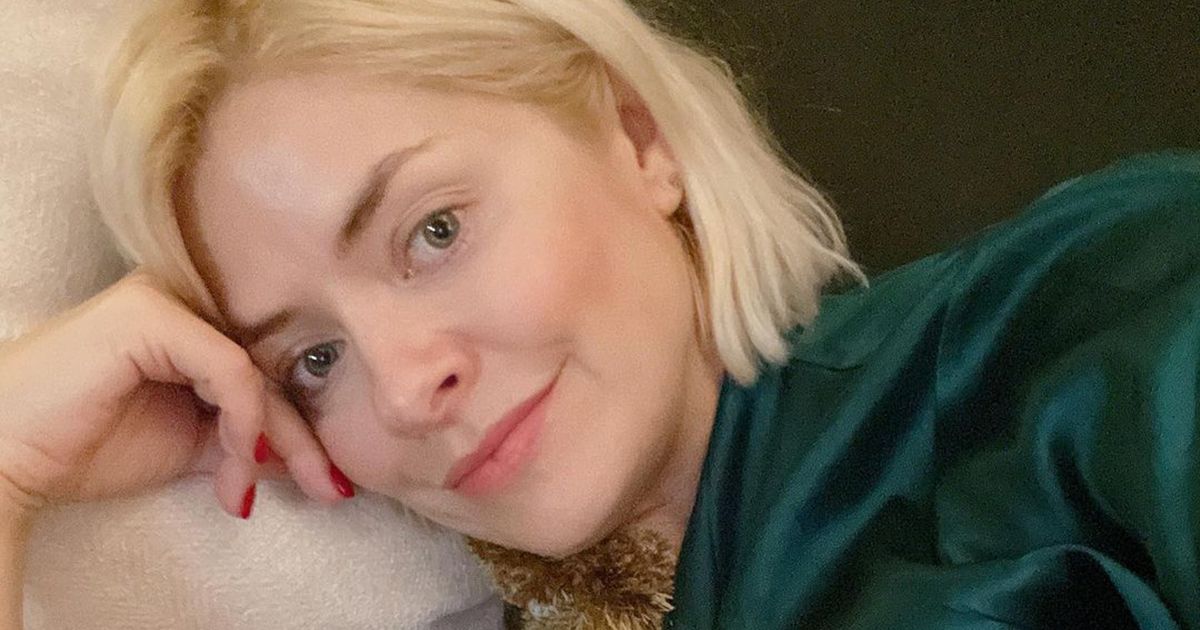 Continuing with the cryptic message, Holly shared some advice to her followers.

“You are your one constant… get to know who you really are, what you like, what your passions are,” she advised in her new year message.

Holly is yet to return to This Morning this year, along with co-host Philip Schofield, leaving viewers wondering what the future holds for the pair.

Holly posted a thoughtful message alongside the image of her book

In response to Holly’s introspective message, Keith Lemon joked: ” I haven’t a clue who I am or what I’m doing????”

Meanwhile, fans rushed to the comments to gush over the new book, which was centre stage of Holly’s latest post.

One commented “ Got your book but haven’t read it yet! Looking forward to it!”

“If people haven’t got this book already then they need to,” said another.

The comes amid reports that fellow ITV host Susanna Reid gets paid more than her and is now allegedly the highest-paid woman on British TV.

The Good Morning Britain host has supposedly struck a lucrative £1.1m deal with ITV producers to continue her contract.

It is reported that she bagged a deal with ITV
(

A source said:“Susanna’s previous arrangement actually came to an end a short while ago and negotiations have been ongoing, but she kept ITV sweating a bit.

“She knows she is a huge part of the show and is increasingly involved in the day-to-day decisions too, alongside her presenting role.

“There is already uncertainty over who will co-anchor long term after Piers Morgan left last year, so she was definitely in a strong position.

“Bosses rate her highly and wanted to keep her, but she didn’t agree straight away.

“She’s certainly played a strong negotiating game and it has worked out for her.

“Internally it looks like she’s now the best-paid female presenter on the network.”

Holly first burst onto the small screen in 2004 as co-presenter of the children’s entertainment show Ministry of Mayhem.

She has presented a number of ITV shows since she first joined Philip Schofield in presenting Dancing On Ice in 2006, including Celebrity Wrestling: Bring It On in 2005, Greased Lightnin’ in 2007, and The Xtra Factor from 2008-2009.

Holly has been a co-host on This Morning alongside Phillip since she replaced Fern Britton in 2009.

However, there have been numerous reports of Holly skipping out on her usual Monday-Thursday breakfast slot recently, and alongside news of the launch of her wellness brand Wylde Moon in late 2021, fans have questioned whether she’s planning a career change.