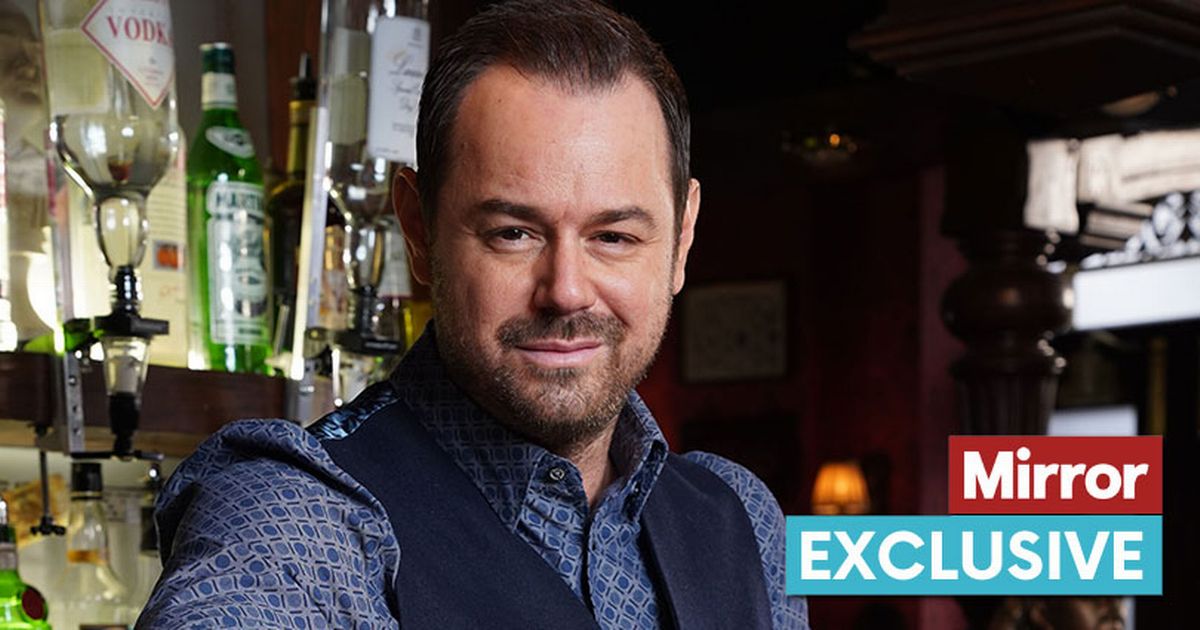 EastEnders star Danny Dyer has quit after being poached by Sky – plunging the soap into crisis.

The actor – who has played Queen Vic landlord Mick Carter since 2013 – has signed to an upcoming drama on the satellite channel.

The deal is thought to be worth six figures – much less than the £1million-a-year so-called “golden handcuffs” deal he is on with the BBC. But it will open the door to a raft of offers that could ultimately dwarf what he earns now.

Strict BBC rules have prevented him appearing on rival channels – which has irked the 44-year-old Cockney and some of his fellow co-stars.

One source said: “Danny has offers coming in left right and centre, and a lot of the things he has wanted to do he can’t because EastEnders have such strict rules about what he can and can’t do.

Danny Dyer has played Mick Carter on EastEnders since 2013
(

The Carter family; Linda, Mick, Johnny and Nancy when they first burst onto Albert Square
(

An exact date for his departure is not known but scriptwriters must now turn their pens towards Mick’s exit plot. And bosses are only too aware they are losing their most valuable asset.

Viewing figures have plummeted and morale on the programme is said to be “at an all-time low”.

The source said: “There’s been a lot of tension about Danny going as he is their No1 star. To say they were upset to see him go is an understatement. But in the end they couldn’t convince him.”

His on-screen wife is Linda played by Kellie Bright
(

Father-of-three Danny first appeared on EastEnders in December 2013. The move paid off as audience figures went up and Danny landed a string of awards for his role.

Viewers loved his character Mick, the gravelly-voiced landlord who has faced family ructions, rivalries, betrayal – and in recent episodes has been fighting off the advances of Albert Square schemer Janine, played by Charlie Brooks.

Mick has been involved in a string of explosive plots down the years, including an affair with his daughter-in-law, a heist gone wrong, and the rape of his wife by his brother.

Danny once said that he finds his role so draining that he resorts to using IV booster drips for energy. In April 2020 his representative said Danny was considering leaving – but ultimately signed a new deal.

That came after the star was caught on camera telling fans: “This takes up my life, this does. I ain’t signed yet. I’m meant to sign in October but I might elbow it.”

When asked by fans when he was releasing another movie, Danny replied: “F***ing tell me about it.”

Earlier that year, Danny took time off from the soap as he was “exhausted” from working non-stop since joining the show. In January 2020 he told the Sunday Mirror: “I did a lot last year and I burned myself out a little bit.”

Since 2019 Danny has also hosted game show The Wall – as part of the deal which saw his pay rocket from £400,000 to £1million. He also appeared in BBC documentary Danny Dyer’s Right Royal Family after discovering he had links to the monarchy.

He joked he could fill in for Prince Harry when he left the royals, saying: “I descend from royalty, so why not?”

Danny also does a podcast with his daughter Dani, 25 – 2018’s Love Island winner.

He appeared in West End theatre show Nativity and took a six-week break from EastEnders in 2019 to appear alongside Martin Freeman as part of a series of plays paying tribute to Harold Pinter, who died in 2008.

Danny had become a close friend of the playwright more than 20 years ago after playing a waiter in Celebration. He often referred to Pinter as his mentor.

Danny and daughter Dani host their own podcast together
(

Before EastEnders, Danny starred in hit films including The Football Factory, Mean Machine, Human Traffic, The Trench and Dead Man Running. He was first offered a role in EastEnders in 2009.

But he turned it down, explaining in his autobiography, Straight Up, that he would not join the cast until he was “fat, bald and 50”.

He won the Serial Drama Performance award at the National Television Awards in 2015, 2016 and 2019. Danny and wife Jo, meanwhile, have already begun planning their retirement.

He previously said: “We want to go to India and Cuba. We want to do it all. We have been going on wellbeing retreats. We do vinyasa, healing, drink lots of ginger, vegan food. We are full time yogis.”

An EastEnders spokesman said: “Danny will be leaving EastEnders when his contract comes to an end later this year.

“Danny has made Mick Carter an iconic character which we shall always be grateful for, however we won’t be saying goodbye just yet as there’s still quite some time – and plenty of explosive drama for Mick – to come before he departs Walford.”

A friend of Danny’s said: “Danny loves EastEnders but as an actor he feels the time is right to explore other roles. He’s incredibly grateful to the show and the opportunities it has given him.

“It wasn’t a decision he took lightly but after playing Mick for nearly nine years he feels it’s time to give the character of Mick a rest.

“He’s not sure how they are going to write him out yet but he’s hoping that they leave the door open for Mick.”

An EastEnders source added: “Danny made the decision quite some time ago that he would leave the show this year, which has given bosses plenty of time to plan a huge storyline for him.

“With Kellie Bright [screen wife Linda] set to return soon, the Carters are going to be at the heart of some big drama.”