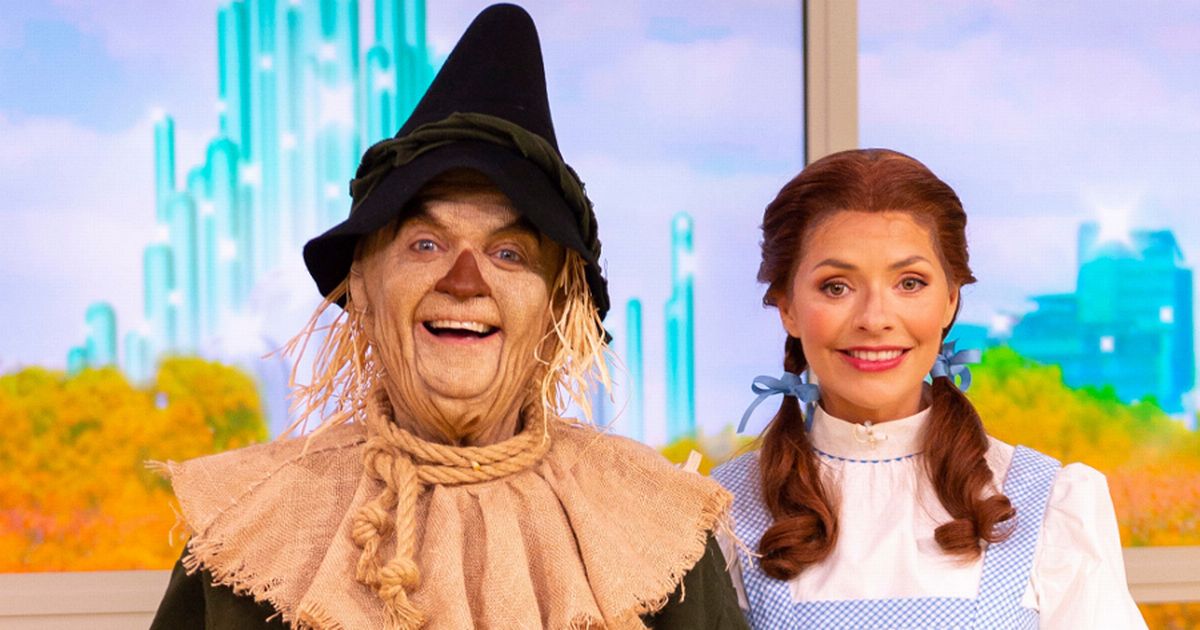 This Morning: Holly Willoughby in hysterics over competition blunder

Holly Willoughby has revealed that This Morning will make history today (Thursday) as she dresses up for a Halloween special.

The blonde beauty, 40, has previously donned outfits such as Dorothy from The Wizard of Oz but today’s instalment will see the team take part in a Cluedo-themed murder mystery hunt.

The presenter had teased her outfit earlier in the week and is set to be a part of the nation’s biggest whodunnit in what will be the ITV morning show’s first ever opening which features a “murder”.

Fans of the show will watch on as Holly and co-host Phillip Schofield are joined by other members of the crew to take up the roles of Cluedo characters in the studio.

Holly has confessed that she loved dressing up over the years, especially as Dorothy and getting to wear ruby slippers.

And she admits that she can’t wait for the latest scenes as viewers at home to try solve the mystery.

She told The Sun : “I’m so excited that the Halloween celebrations are back on This Morning this year.

“Cluedo is such a genius theme – it’s a family favourite in our house and it’ll certainly be a first in This Morning’s history that we’ll open the show with a murder!

“If I wasn’t involved myself, I’d definitely be at home trying to solve the mystery.”

Holly also revealed that she is spooked easily, but is thankful that she’s never experienced any encounters with ghosts.

She continued: “For me, Halloween is not about anything scary, it’s all about trick or treating with the kids, fancy dress, apple bobbing, carving pumpkins and filling my house with fun stuff… that’s my Halloween style.”

Earlier in the week Holly took to Instagram to hint to her 7.4 million followers which character she is set to play in the Cluedo reenactment.

The star showed off her pristinely shaped nails which had been polished using a shade of scarlet red.

In the photo she was seen holding a number of board game pieces, including a toy goblet and a miniature knife.

She captioned the post: “A little ‘Cluedo’ as to who I’ll be on this Thursday’s @thismorning Halloween special.”

Many fans took to the post to claim they had “sussed” she was going to be Miss Scarlett from the popular board game.

Gamemakers describe the character as: “Beautiful, but recently also seems cold-hearted. The victim and Scarlett had grown up together and been in all sorts of trouble over the years.”