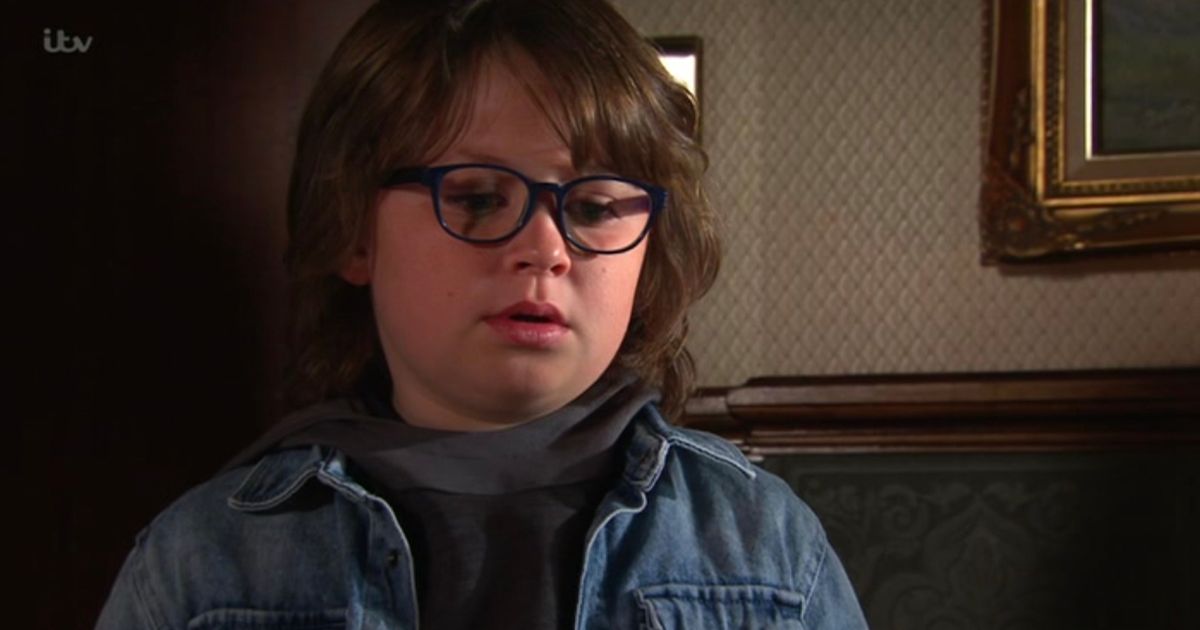 Her young son Sam struggled to accept his mother was gone, after she died in hospital during Monday’s episode.

Natasha was shot by criminal Harvey in a case of mistaken identity, after Harvey intended on killing Sam’s stepmother Leanne Battersby.

After being rushed in for surgery, doctors discovered she had internal bleeding and warned Sam’s dad Nick Tilsley that she was in a critical condition.

Sadly, during a second operation the team could not stop the bleeding and Natasha lost her life.

On Wednesday, Nick was haunted by memories of the loss of his own parent, after his dad’s murder years earlier.

He feared he wouldn’t be able to stop Sam experiencing the same anger he felt for years, and he didn’t know if he was a good enough dad to help his son.

Nick was torn when Sam insisted he wanted to visit his mother at the undertakers, despite Nick not thinking it was a good idea with him being so young.

But he changed his mind when Sam explained he was struggling, because he kept forgetting his mother was gone.

Even though he knew that she was dead, Sam explained how he kept thinking he was going to see her again because his brain could not process her death.

He thought that seeing her would help him to deal with this, and it would also give him the chance to say goodbye one last time.

As Sam visited his mum, he began reading a letter he had written to her, before speaking from memory.

The youngster then broke the hearts of viewers everywhere, when he said: “Mum, did I tell you that I loved you? Did I say the actual words?

“I’m scared that when you wanted me to dance in the kitchen with you, that I didn’t dance enough. That I should have spun you like you spun me, and I don’t know why I didn’t.

“I’m scared that when you used to come in my bed in the mornings, that I pushed you away, only because your toes are so cold, not because I didn’t love you.

Viewers took to Twitter over the heartbreaking scenes, with many left in tears over Sam’s grief as it played out on screen.

One fan wrote: “I’d like the writers of the current sam storyline to pay for my tissues and possibly therapy too cause this crying is something else.”

Another said: “This was just so heartbreaking, I was sobbing!! No matter what age you are, losing your mum/dad is one of the worst parts of our lives we have to go through. He’s such a brilliant little actor.”

A third added: “Sam’s speech was just something else, I think I heard the whole of the U.K. crying their eyes out!! “