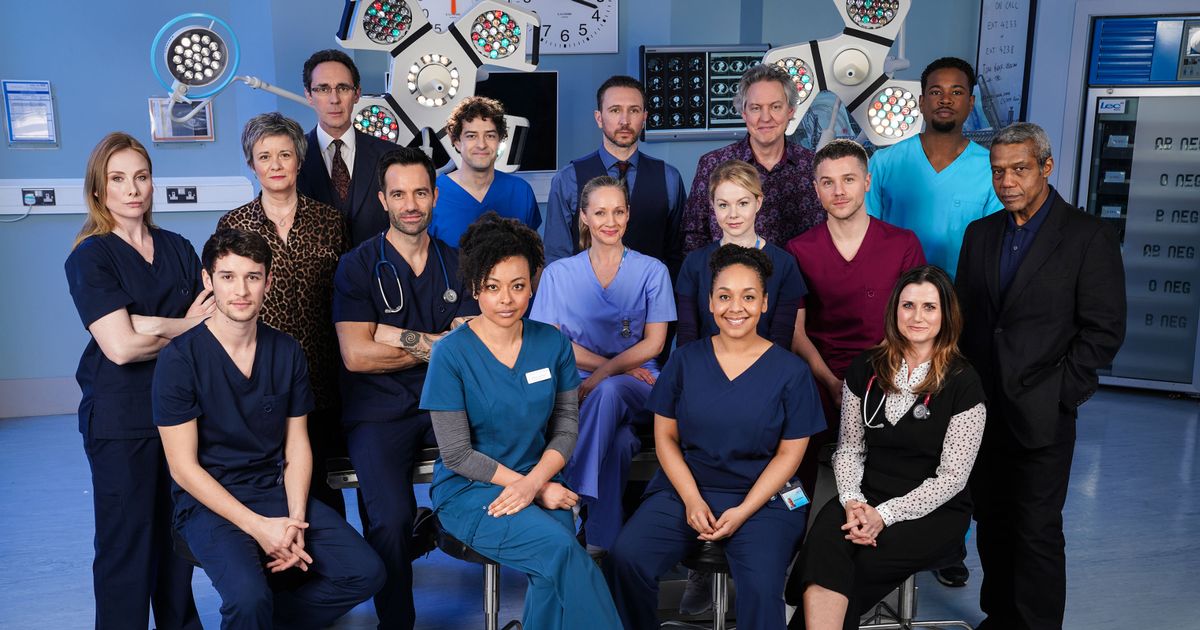 There have been murderous medics, love triangles and earth-shattering explosions over 23 incredible years.

But after tonight, despite an outcry from die-hard fans (like me) and a 44,000-strong petition desperate to reverse the cancellation, hospital drama Holby City will be no more.

Starting out as a spin-off to Casualty back in 1999, there were just nine episodes in series one.

As its popularity soared though, reaching audiences of nine million at its peak, by series four the show was on screen every week, with filming taking place 50 weeks of the year.

We’re bereft. Come tonight I’ll be entering into a brief period of mourning, along with at least 43,926 of the millions of Holby fans who can’t believe it’s the last ever episode. But it’s not just us fans who are gutted.

“I have loved playing Jac. I thought I would be playing Jac for the rest of my life actually because I loved her. Jac’s my friend. I know she’s not a real person but of course, she’s me.”

Rosie’s first appearance came on November 22, 2005, when Jac roared up on her motorbike, head to toe in leathers, determined to make a name for herself.

At the centre of a long list of jaw-dropping storylines, from getting arrested for the attempted murder of a patient and giving a kidney to the mum who abandoned her, to discovering a long-lost sister and being shot and left for dead, it’s been eventful to say the least.

She says: “I’ve taken breaks before. But I’ve always known that I was going back. When you stop, it’s confusing.”

What comes next for Rosie is up in the air. For now she’s enjoying spending time with her daughter Beau, seven, and husband Ben Stacey, renovating their Hertfordshire farm.

She would happily follow co-stars like 2017 winner Joe McFadden, Chizzy Akudolu and Jaye Jacobs on to Strictly, saying: “I’d love to do it. I’d be the next Ann Widdecombe.”

Rosie adds: “I will absolutely stay in contact with everyone, people like Guy Henry [Henrik Hanssen], Amy Lennox [Chloe] and Belinda [Owusu – Nicky McKendrick] and Bob Barrett, who is absolutely my best friend.”

Bob Barrett has played Sacha Levy for more than a decade
(

“I say ‘Oh hello’ and she stands up from the desk and I can see she’s six months’ pregnant,” recalls Bob. “And she’s like ‘Yes it’s yours’. It was great.”

Bob’s storylines ranged from slapstick to gut-wrenching, including the one where his true love Essie died from cancer en route to their wedding.

As well as its stellar cast, the BBC drama attracted major guest names over the years from Michael Fassbender and Frances Barber to Olivia Colman and Sheridan Smith.

Jaye Jacobs joined the show as Donna Jackson in 2004
(

Maureen Lipman once appeared on Holby City in a guest role
(

“I remember Maureen Lipman, Brian Murphy who was in George and Mildred,” says Bob. “I was doing a scene with Brian and I called him George. Everyone laughed. I loved him, I had a wonderful time with him.

“My favourite was Dudley Sutton, if you remember him from Lovejoy.”

“My agent called me, and he said, where are you? Because you will remember this moment.

“Holby was massive then. It was the most diverse show on terrestrial TV. That’s why I watched it, because there were so many black and brown faces in it. It was brilliant in every way.”

Jaye’s character had her fair share of dramatic storylines, including drunkenly sleeping with her friend Mickie Hendrie, played by Kelly Adams.

The show will come to an end tonight
(

Jaye says: “We had a full-on snog. She got called a man-eater but she was more a party girl.”

Jaye, who had a hiatus to join Waterloo Road and reprised her Holby role in 2017, said of her other favourite storylines: “There was the affair with Michael Spence and his shiny suits.

“There was cocaine with Robert Powell’s character… and there was the great story with Clarke Peters, who played my father. I’ve loved my time.”

But Holby is bowing out on a high. “I didn’t see it coming,” says Bob. “The show is as good as it’s been. It’s finishing but it’s a bit of a golden age.”

With some legends set to return one last time, brace yourself for tears before the final theatre curtain falls.

Holby City concludes on BBC One tonight at 7.50pm.