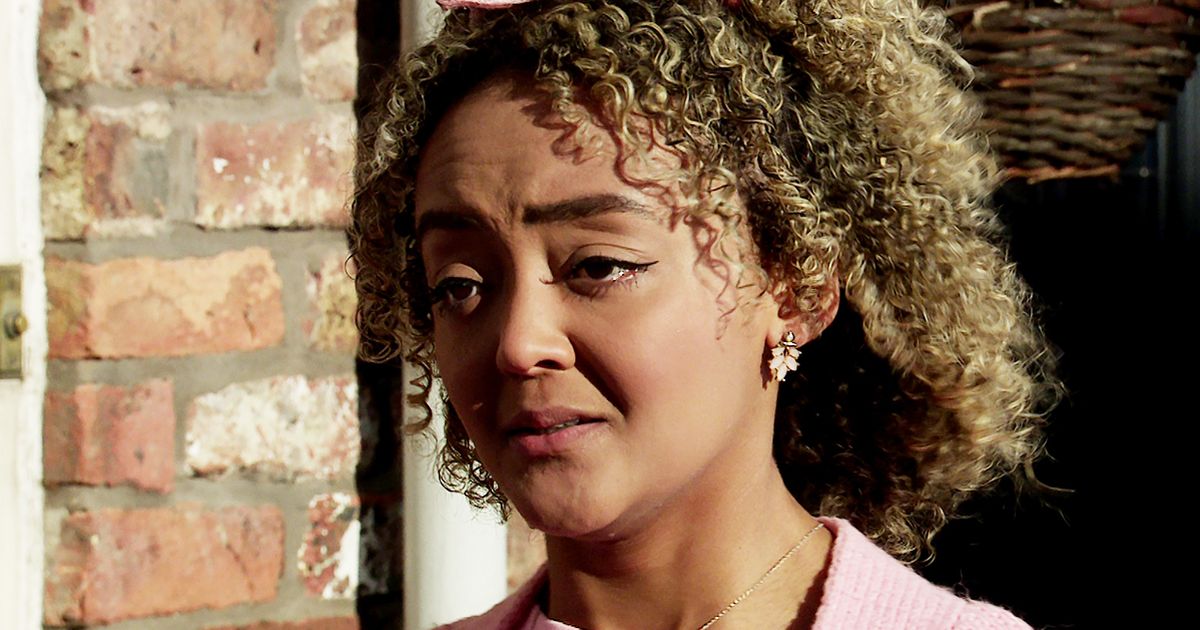 Coronation Street’s Emma Brooker will leave the soap in upcoming scenes, ITV spoilers have revealed, after actress Alexandra Mardell confirmed she is exiting the cobbles

Coronation Street’s Emma Brooker is set to leave the cobbles after actress Alexandra Mardell announced she has quit the soap and her exit storyline has now been confirmed.

Emma and Faye (Ellie Leach) have been living with the guilty secret that they knocked down pensioner Ted at New Year, shortly before he died in his flat.

The pair have so far managed to keep the secret under wraps, with Craig (Colson Smith) helping to conceal evidence and even leaving the police force as a result of the incident.

But Emma has since started a secret relationship with Ted’s grandson Jon Spear, putting her in danger of exposing the cover-up.

While the romance between Emma and Jon has blossomed, ITV spoilers have revealed that all is set to be revealed in dramatic scenes ahead of Emma’s exit from Weatherfield.

The drama kicks off on Monday, April 14, when Emma considers a big move as Jon shares his plans to open a beach bar in Australia.

Emma is stunned to realise she visited the same beach as a kid, only for Jon to suggest she move to Australia with him.

Gobsmacked Emma promises her beau she will think about it and then doesn’t say a word to Craig and Faye as they arrive home.

But when Jon arrives back at the flat having forgotten his phone it looks like the cat’s out of the bag when Faye looks at him in shock.

The romance between Emma and Jon has blossomed

Will Jon and Craig recognise each other after he was a police officer on the scene at Ted’s flat after his death?

The story continues on Wednesday, April 6, when an excited Craig sets off for his first day back in the police force after a guilt-ridden stint away.

Meanwhile, back at the flat Emma and Faye are daggers drawn as Jon unexpectedly arrives.

Jon demands answers and Faye shockingly blurts out that they are responsible for his granddad’s death – could this be the end of the road for Faye and Emma?

Will Jon and Craig recognise each other?

A pale Faye emerges from the bathroom and tells a stunned Emma that she thinks she is losing her baby.

She is rushed to the hospital, when she awaits a scan result alongside a worried Craig – only for the pair to be shocked by what they are told.

ITV spoilers reveal that on Friday, April 8 Emma leaves Weatherfield – but will she be departing amid a happy ending or is the exit her fleeing from the law?