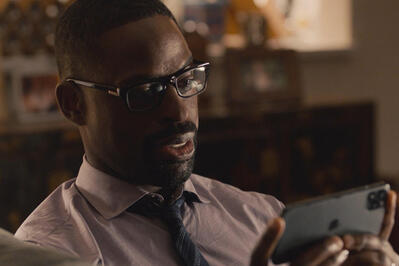 It’s Tuesday, which means This Is Us fans should be preparing for their weekly therapy session in the form of a new episode — but, unfortunately, they’ll have to wait a while. And it’s not just because this is a holiday week; This Is Us will not be returning with new episodes until the new year.

Mandy Moore confirmed the news last week on her Instagram stories, followed by a confirmation from NBC when the network released its winter schedule. This Is Us will return with the fifth episode of Season 5 on Tuesday, Jan. 5 at 9/8c. Hopefully, it will pick up where we left off, with more information about what happened to Randall’s (Sterling K. Brown) biological mom after she awoke from her drug overdose after Randall’s birth.

According to Moore’s now-expired Instagram story, the production schedule was putting a lot of pressure on the post-production editors, who were wrapping episodes mere hours before they were set to air. The time off will allow the cast and crew to catch up and give themselves some breathing room as they film the rest of the season, still under strict COVID-19 guidelines. On the bright side, the delay means that This Is Us will probably last well into April or even May this season, rather than wrapping up in early spring, as it usually does.

In the meantime, This Is Us is available to watch on Hulu and Peacock. The series returns Tuesday, Jan. 5 at 9/8c on NBC.

Sterling K. Brown, This Is UsPhoto: NBC Originally from http://www.tvguide.com/news/heres-why-this-is-us-isnt-on-tonight/?rss=breakingnews