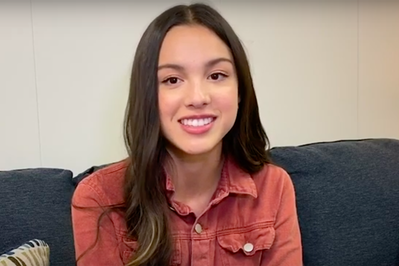 There are still a couple more weeks before the High School Musical: The Musical: The Series cast delights us with some festive magic in their holiday special, debuting on Disney+ on Dec. 11. In the meantime, TV Guide has an exclusive video of the cast sharing their Thanksgiving plans and favorite Turkey Day traditions and, well, it’s as adorable as you can imagine.

Olivia Rodrigo revealed that her family spent Thanksgiving last year actually watching the first couple episodes of the series. She says it was embarrassing but we think it’s the most cute?? Everyone talked about their favorite foods and Joshua Bassett explained that his Thanksgiving involves a pie baking contest every year. Honestly, it’s rude that we don’t have an invite to try his pumpkin pie.

This year, it seems the HSMTMTS crew will be spending Thanksgiving together as they are working hard on Season 2. We wonder what songs will inevitably be belted out at the table. Check out what the rest of the cast had to say about their Turkey Day plans in the video above!